And established politicians wonder why we don't trust them?

Andrew Cuomo is as pathetic as his brother Chris Cuomo and neither would be where they are if they hadn't ridden Daddy's coat tails.

Four days later and John McCain is still dead.  The homophobic racist responsible for the deaths of so many is also still being celebrated in the corporate press as someone worthy of admiration.  Betty demonstrates this in "US media embraces racism."

US House candidate, NY-14
John McCain’s legacy represents an unparalleled example of human decency and American service. As an intern, I learned a lot about the power of humanity in government…
23 replies179 retweets531 likes

"He's dead and that's good.  Good riddance," activist Dhoruba Bin Wahad  declared yesterday on HARD KNOCK RADIO.   "I don't see why we should grieve or have any sadness or melancholy over his passing.  It's good riddance."

Sarah Abdallah‏ @sahouraxo 17h17 hours ago
John McCain championed the wars on Afghanistan, Iraq, Syria, Libya, Yemen, Bosnia, Kosovo, Ukraine and many more. Millions of innocents have been killed, maimed and displaced. But let’s just keep pretending he was all about “human rights” and “decency”.
83 replies1,039 retweets1,594 likes


I’ll be glad if I never hear John McCain’s name again, but his death made me look back and try once more to understand the US War with the Vietnamese People’s Army, whose anti-aircraft gunners shot him out of the sky during his 23 bombing raids over North Vietnam. On the “KPFA Radio "Sunday Sho w ,” Kevin Alexander Gray said, “The national mourning for John McCain is almost a referendum or a recasting of the Vietnam War, where every soldier is a hero even though they were fighting in wars they had no business fighting in. Everybody’s a hero.”
I don’t think “everybody’s a hero,” least of all the son of Admiral John S. McCain, Sr., but I hugely admire the soldiers who ended the Vietnam War by refusing to fight and even fragging—shooting or throwing grenades at the commanders urging them on. The antiwar movement at home supported those heroes, but they were the ones who made it impossible to continue the war. They told their story in the documentary film Sir, No Sir .
I felt for the wounded foot soldiers writhing in agony in the final moments of Emile de Antonio’s brilliant Vietnam War documentary In the Year of the Pig,and I felt angry at the politicians and anti-communist ruling class who sent them off to suffer and die. I hadn’t watched In the Year of the Pigfor nearly 20 years, but it’s one of the most profound films I’ve seen about the USA’s Vietnam War, so I watched it again, and I recommend it to anyone reading this. Emile de Antonio doesn’t narrate the film; it’s simply his composition of documentary footage. It’s also one of the few documentaries made while the war was still going on.
In the Year of the Pigwas released in 1968, though the 20thCentury “Years of the Pig” in the Zodiac Calendar were 1935, 1959, 1971, 1983, and 1995, so there’s no doubt that the pig in the film is the US in Vietnam.
Most of the footage exposes the presidents, military officers and congressmen—and they were all men—who championed the war until the foot soldiers refused to fight. Its other subjects are the Vietnamese they knew next to nothing about.


If only the lust for empire could be buried with John McCain.  Instead it continues though, from time to time, it does suffer setbacks.

Brett McGurk has been defeated for now.  The desert rat first carried out the orders of Bully Boy Bush, then Barack Obama and today Donald Trump.  Most Iraqis learned not to trust him before Bully Boy Bush left the White House.


He helped start the Iraq War and it continues to this day.  ALJAZEERA reports, "At least eight people have been killed and 12 wounded in a suicide car bombing at a checkpoint near the Iraq-Syria border."


The war is not ending.  Americans have been allowed to turn away in part due to a corrupt media that ignores the war and in part due to the apathy that can set in when something -- even an injustice -- continues for years and years.

Noam Chomsky‏ @noamchomskyT 13h13 hours ago
The costs of the Bush-Obama wars in Iraq and Afghanistan are now estimated to run as high as $4.4 trillion - a major victory for Osama bin Laden, whose announced goal was to bankrupt America by drawing it into a... facebook.com/NoamChomskyF/p…
13 replies123 retweets217 likes

The corrupt media distracts and covers for the exploitation of the American people, for the robbery carried out by the US government.  The huge debt will be passed on to the future generations.  Their future has been sold.

Duaa Malik‏ @Duaa_IQ 4h4 hours ago
A new spin on foreign interference in Iraq: There is a desperate attempt to help @HaiderAlAbadi stay in office. Those aiding him are attributing outrage against Abadi’s failures to Iranian influence on Iraqi public. #FAKENEWS Iraqis want BOTH Iran and Abadi out of Iraqi politics.
1 reply1 retweet3 likes

Whenever the Green Zone is in trouble, the US government panics.  It's the seat of the puppet government, usually walled off from the rest of Iraq, filled with various puppets and corrupt officials.


This go round, the US government is still stomping its feet.  May 12th, the winner was supposed to be Hayder al-Abadi.  He did not win.  He came in third.  First place when to the group headed by Shi'ite cleric and movement leader Moqtada al-Sadr.  Second place went to the militias.  Third place went to Hayder.

Third place.  For the sitting prime minister.  The term for that is "rebuke."

The rebuke continues with the protests that have been going on since the start of July.

These protests are already intense but, Friday, they will get a lot more intense.

” in a million-man mass prayer in Al-Kufa Mosque in Najaf, this coming Friday. facebook.com/salihMAliraqii… 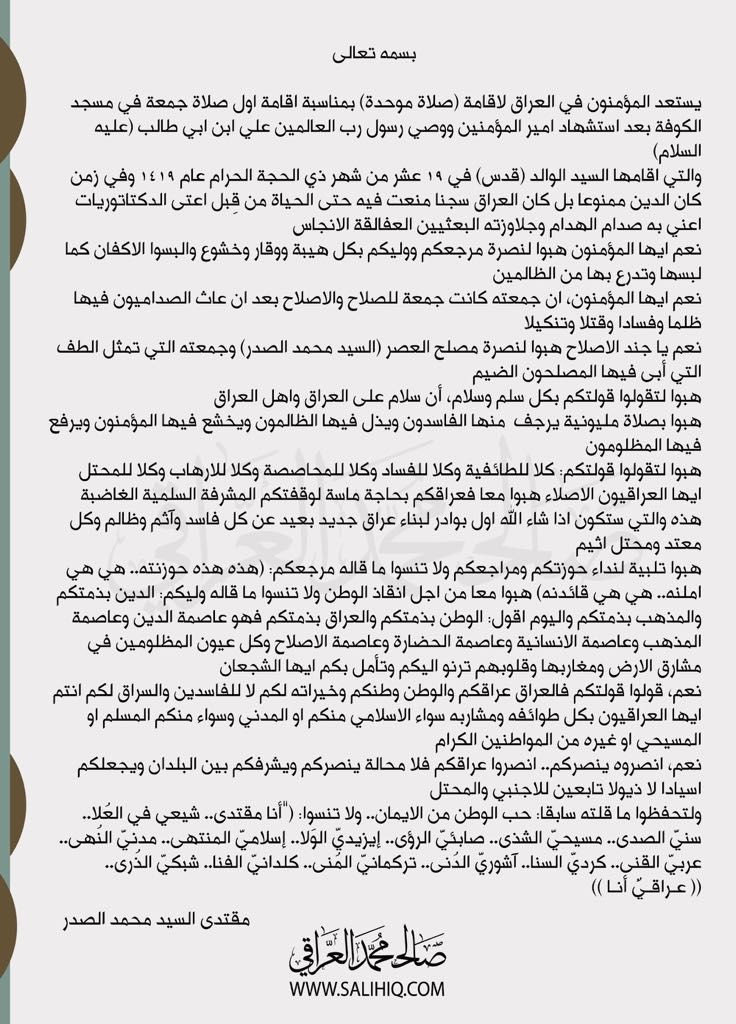 
In Basra, where the protests kicked off, the people are without so much.  They do, however, have water -- contaminated water, possibly deadly water.


CC: @IraqiGovt, A man from #Basra has a message for you. He stated that many have warned against water pollution in Basra for years, describing those who ignored the warnings as “murderers.” He added, while politicians fight over power, people are dying.#IraqProtests #البصرة_تباد
1:25
102 views
0 replies3 retweets11 likes

Maha‏ @MahaalGhareeb 23h23 hours ago
Confirmed chemical analysis from #Basra shows the water of ShatalArab is contaminated with cyanide compounds. Cyanide concentration is 0.03 mg/l which exceeds the recommended level.After preliminary treatment, this water is pumped to the locals for daily consumption.#Save_Basra 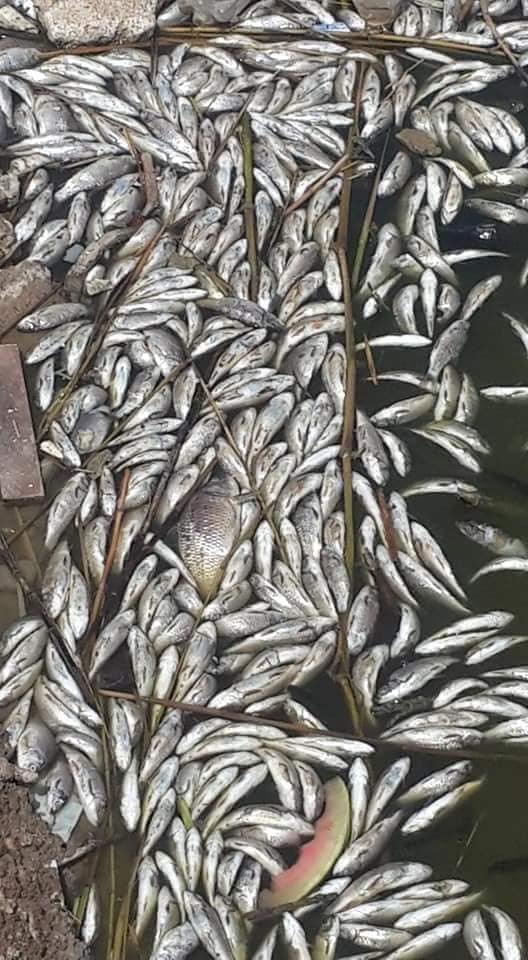 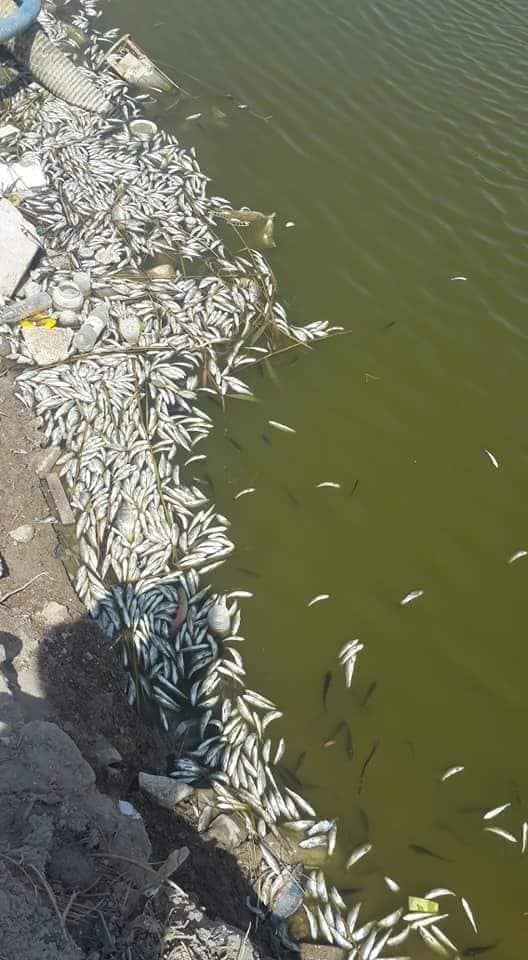 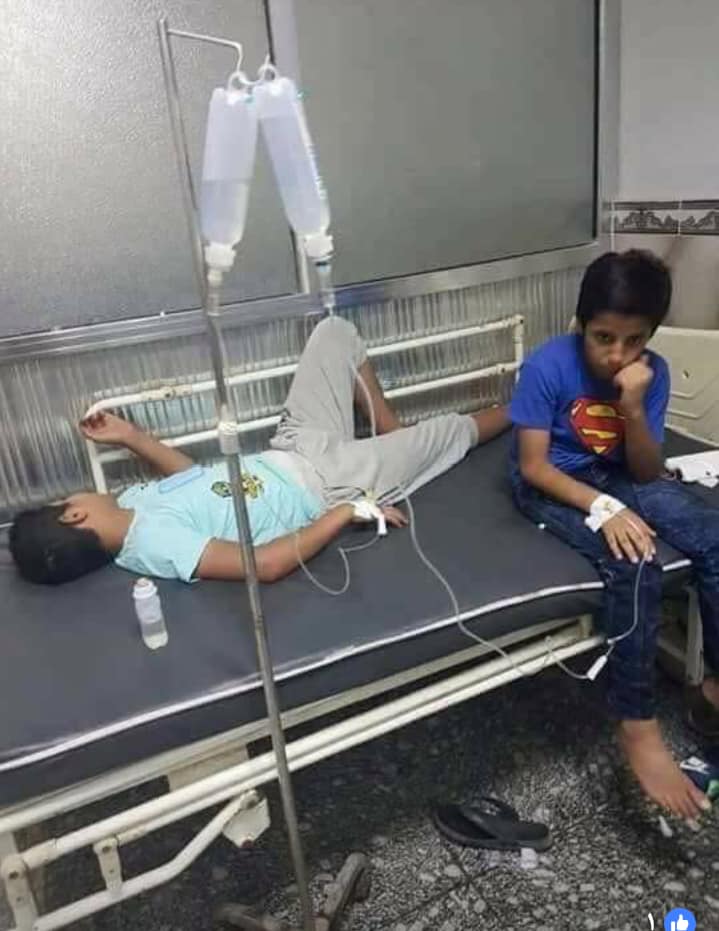 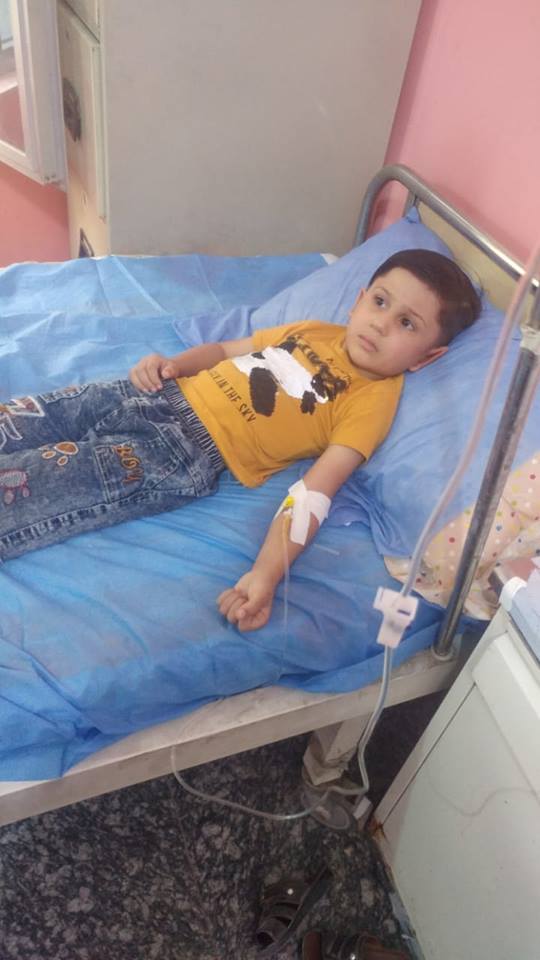 Thank you to tell us so much useful information. I’m glad to read it.
Aircraft Warning Lights | Aviation warning lighting - CEL