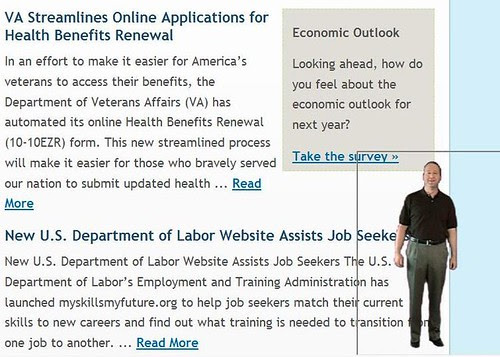 If you visit Jared Polis' site, the Congressman pops up in the right hand lower corner sort of like a little Avatar. He explains the website and ends with, "Beam me up, Scotty."

While it's cute, it didn't have what I was looking for.

Polis has something new.

Caitlin McDevitt (POLITICO) reports that Polis and Marlon Reis are the parents of an eight-pound and twelve ounce baby boy named Caspian Julius. It doesn't give his last name. It may be Polis-Reis, Caspian Julius Polis-Reis.

But congratulations to them on being parents.
Here's C.I.'s "Iraq snapshot:"
Posted by Marcia at 8:00 PM 1 comment: Links to this post

Barack screws over the LGBT community

A three-judge panel of the U.S. Court of Appeals for the D.C. Circuit ruled Thursday that the Log Cabin Republicans' long-running lawsuit over the policy is moot in light of the official repeal of "don't ask, don't tell" earlier this month.

Thanks Barack, you useless sack of s**t.

So the bi-racial blunder's yet again screwed us over.

Don't Ask, Don't Tell was just erased. Without Judge Virginia Phillips' decision ruling it unconstitutional, it can be brought back. And, if you missed it, last week at the GOP debate, Rick Santorum was saying he would do just that if elected.

Barack is a little bitch. The sooner he's sent back to Chicago, the better.

He offends me on every level, as a woman, as a lesbian and as an African-American.

Altamirano's immediate and extended family attended the funeral along with friends, soldiers, teachers and veterans. Altamirano had a daughter, Leandra, and two stepdaughters Kayla and Anaya, with his wife, Pamela. He also had two sons, Justin and Dominic, from his first marriage.
Altamirano's stepdaughter Kayla Martinez, 16, presented a slideshow of family photos.
"I love him and he was a wonderful man," she said, her voice wavering. "And there is no one who will ever be like him."

Erika Flores (Action 4 News) covers the funeral in this video report.
In Iraq, Dar Addustour notes Moqtada al-Sadr issued a statement denouncing federalism and aimed at the Kurds insistence that Article 140 be followed. Article 140 is Article 140 of the Constitution. It shouldn't require a battle to be followed. But Moqtada and others don't honor or respect the Constitution apparently. Article 140 provides the agreed upon measure for determining what to do with Kirkuk -- oil-rich and disputed -- and a census and referendum were supposed to have taken place no later than the end of 2007. Moqtada al-Sadr and others who disrespect the Constitution are why it has not taken place. Let's quote:
Article 140:
First: The executive authority shall undertake the necessary steps to complete the implementation of the requirements of all subparagraphs of Article 58 of the Transitional Administrative Law.
Second: The resposnibility upon the executive branch of the Iraqi Transitional Government stipulated in Article 58 of the Transitional Administrative Law shall extend and continue to the executive authority elected in accordance with this Constitution, provided that it accomplishes completely (normalization and census and concludes with a referendum in Kirkuk and other disputed territories to determine the will of their citizens), by a date not to exceed the 31st of December 2007.
And, PDF warning, click here for the Iraqi Constitution at the UN website. That's what the Constitution states. The time to object was before it went into the Constitution. Now it's the law of the land. It was agreed to. It needs to be followed. Nouri should have done that in his first term. His failure to follow the Constitution should have prevented him from being named for a second term as Prime Minister. New Sabah reports Nouri's Cabinet issued a statement declaring that the issue must be resolved and that a group of people including the Ministers of Defense, Interior, Agriculture and Property along with a Kurdish rep should decide the outstanding issue. Right away people should be objecting. There is no Minister of Defense or Minister of Interior. "Acting" positions are not approved by the Parliament, therefore there is no protection the Parliament can offer those persons. They serve at the whim of the prime minister. So you've got one Kurd on the panel, you've got two of Nouri's puppets, Izzedine al-Dawla who is a Sunni (Minister of Agriculture), etc. And the issue being decided is whether Kirkuk goes with the surrounding areas of the KRG or goes with the central government. And only one Kurd's on the panel? Does anyone even want to pretend that Kirkuk would be decided fairly in Nouri's arrangement?
To this proposal and to Moqtad al-Sadr's remarks, New Sabah reports a Kurdish spokesperson has insisted that the only way to resolve this issue is as outlined in Article 140 of the Constitution.
Meanwhile Patrick Cockburn (Independent) observes:

The Iraqi government is seeking to silence critics who accuse it of rampant corruption by removing officials who try to prosecute racketeers and intimidating politicians and journalists who support them.
This month alone it has forced the head of its anti-corruption watchdog to resign. And a prominent Iraqi journalist, who had been threatened for leading anti-government protests, was shot dead in his home in Baghdad.
There is growing anger that the ruling elite is stealing or embezzling much of the country's $2bn (£1.3bn) a week in oil revenues, depleting funding for electricity, water, health care, housing, education and even rubbish collection.

Tuesday's snapshot included, "The International Crisis Group has released a new Middle East report which, in the section on Iraq, 'examines the steady erosion of the credibility of Prime Minister Nouri al-Maliki's government resulting from the failure to safeaguard institutions against corruption and abuse.' The Iraq section can be found here (that's not PDF, for anyone worried), 'Failing Oversight: Iraq's Unchecked Government.' Corruption is common place in Iraq, the report notes [. . .]" Al Mada attempts to get reactions from Iraqi political blocs. State of Law mumbles a great deal but Abdul Salam al-Maliki keeps calling it a UN report -- it's not a UN report. He also complains about the 'long' recommendations. Six recommendations for the government of Iraq are too many? Has he even read the report? Here's what taxed an al-Maliki:

To the Government of Iraq and to the Council of Representatives:

1. Strengthen the anti-corruption framework to allow for greater and more effective cooperation and coordination between the various state institutions involved in combating corruption, specifically by:

a) allowing all anti-corruption and audit officials to refer criminal matters directly to the courts;

b) guaranteeing the independence of the Inspectors General from government ministers, in particular by providing that ministers and the prime minister play no role in inspectors' recruitment and dismissal;

d) increasing each oversight institution's training budget to develop skills necessary to carry out auditing and investigatory missions independently of other institutions; and

3. Reform the Council of Representatives' bylaws, including by removing administrative matters from the speaker's prerogatives, facilitating the formulation of legislative bills and accelerating the lawmaking process.

4. Streamline the legislative process by:

a) clarifying and strengthening the working relationship between institutions involved in the preparation of new legislation;

b) clarifying each institution's role; and

c) establishing clear lines of communication between these institutions.

5. Reform the Council of Representatives' oversight function to focus on policy implementation through the questioning of senior technocrats and administrative officers rather than politicians.

6. Enact a law that would prevent the head of the Higher Judicial Council from occupying the position of chief justice, and protect the Supreme Court's independence by forbidding any political interference.

BA: What were your politics like before you got involved in peace and justice activities?

Tell Congress it's time to end the Iraq War, not prolong it

Earlier this summer Reps. Barbara Lee (D-CA) and Walter Jones (R-NC) asked their colleagues to sign a letter to the President urging him to bring all the troops home by the end of the year. MFSO in turn, asked our members to support them by urging their own representatives to sign this letter.

Continuing her efforts towards finally, truly ending the war in Iraq, Congresswoman Lee has written as a bill: HR 27577, the Iraq Withdrawal Accountability Act of 2011, which would require the removal of all US troops and contractors from Iraq on or before the promised deadline December 31 2011. It has reached 37 cosponsors to date. Click here to learn more and send an email to your Representative.

The Joint Select Committee on Deficit Reduction (aka "The Super Committee") has been meeting to come up with the next round of budget cuts. Despite the many examples of obscene military waste on outdated equipment, fraud and negligence, it is despicable that some on Capitol Hill are talking about cutting veterans benefits and raising Tricare rates. Servicemembers, veterans, and military families have suffered enough. The Super Committee needs to hear from us: End the wars and cuts military waste, not veteran's benefits. Click here to tell them what you think should be cut.

Take Action to End the Wars