From a comment to Patrick Martin's WSWS piece on John McCain:


It made me sick watching every Sunday news show kissing McCain ass with tributes. When war criminal Kissinger dies, he will probably get a state funeral. Monsters love to glorify fellow monsters.

And, as an African-American woman, I'm sick of seeing the media glorifying racist John McCain.

And the media includes that hideous Alyssa Milano who thinks John McCain is peachy keen.

White women like Alyssa never see racism.  They are part of the problem.


Monday, August 27, 2018.  Corporate media proves again that they're racist themselves as they rush to embrace a dead racist.


Saturday brought the news: "War Monger John McCain is dead."  Monday brings the news that he's still dead.  That may be a shocker since the corporate media is trying to build him up into Jesus of Nazareth.  While Jesus may have come back from the dead after two days, McCain's down in the ground forever.

From time to time, in the US, the larger society pretends that people of color matter in this country.  But let one racist, White geezer die and watch them rush in yet again to pretend he was a saint and the racism that motivated his entire life was just an interesting quirk.

His racism is why he repeatedly attempted to stop MLK Day.  This was not just one vote.
As we pointed out at THIRD, TEEN VOGUE could point out McCain's long history of racism last month even if the corporate media ignores it currently. 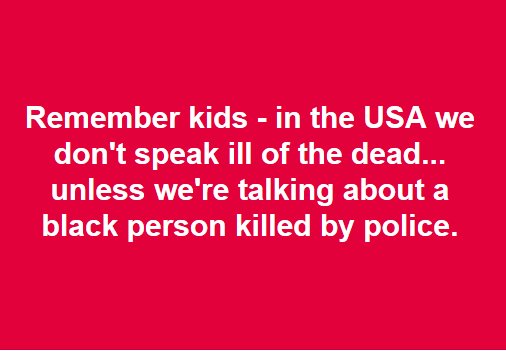 
Using the g-word to describe Asians was racism.

His view of Arabs has been much discussed -- rightly so -- by every outlet not in western media.

And these views go a long way towards explaining how he could support one war after another.  He dehumanized them and this allowed him to see them as worthy of dying.  With regards to Iraq, August 19, 2008, Barack Obama declared, "Senator McCain was already turning his sights to Iraq just days after 9/11, and he became a leading supporter of an invasion and occupation of a country that had absolutely nothing to do with the 9/11 attacks, and that -- as despicable as Saddam Hussein was -- posed no imminent threat to the American people.  Two of the biggest beneficiaries of that decision were al-Qaida's leadership, which no longer faced the pressure of America's focused attention; and Iran, which has advanced its nuclear program, continued its support for terror, and increased its influence in Iraq and the region." 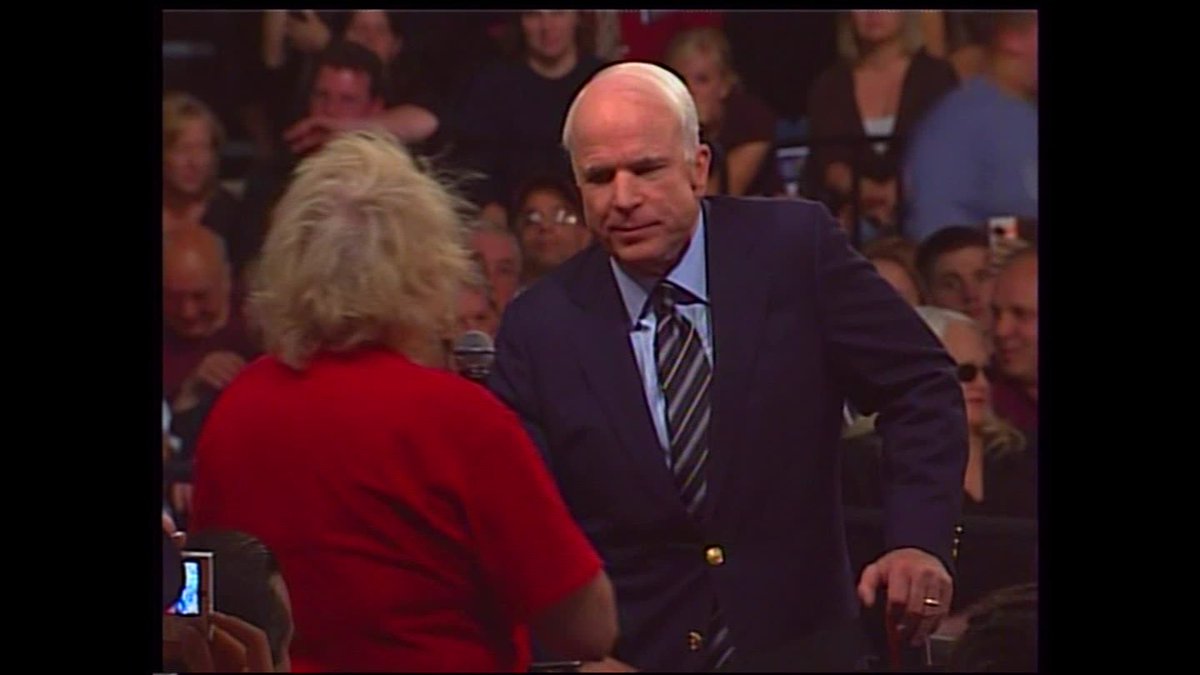 Roseanne is taken off the air for a bad joke but a real racist like John McCain is to be treated as an inspirational leader?


I know Cindy McCain.  I like Cindy.  I've disclosed that before.  I can't stand John McCain.  I was hoping I could keep my mouth closed about this but that would require the corporate media doing it's job for once.  Instead, they engage in yet another circle jerk and the whole world suffers.

John McCain was a vile racist and his racism fueled his push for war.  He saw non-Whites as less than so he had no problem voting to bomb their countries and kill them.

The corporate media is making this about them.  Jake Tapper, to cite one person, is making it about the fact that John McCain was charming to him.  Of course he was.  Jake's an attractive man.  John tended to get giddy around attractive young men.  This was talked about when he was alive and we can go there if we have to.  More to the point, Jake Tapper was the media and John McCain was a vile and disgusting man who knew he needed the media on his side.  "Straight talking" John McCain.  "Maverick" John McCain.  This was all nonsense.  It was all hype.  It was all bull s**t.  It was created by the same racists who ran with McCain -- the Don Imus press.

When Ava and I would call Don Imus out for racism in the early days of THIRD, we'd get response back like we were crazy.  But slowly people realized what was going on and he was pushed out of his position for, remember, racism.  All these people -- these media lapdogs and journalists -- played dumb.  They'd never noticed it.


If racism really mattered in the United States, the corporate media would not be kicking off a week of salutes to the 'great' John McCain.

libbyliberal‏ @libbyliberalnyc 2h2 hours ago
I’ll mourn John McCain as much as the families of the innocent millions to whom he brought death and misery would.
0 replies1 retweet0 likes

How many deaths do you get to be responsible for before you're held accountable?

Sarah Abdallah‏ @sahouraxo 17h17 hours ago
Sarah Abdallah Retweeted Bernie Sanders
John McCain heavily promoted the lies that led to the Iraq war. He championed the NATO bombing of Libya. He supported & armed the jihadists destroying Syria. He played a role in bringing neo-Nazis to power in Ukraine & backed Saudi Arabia’s genocide in Yemen. He was no hero.


Across the world, millions are dead because of John McCain's voting record.  Justin Raimondo (ANTIWAR.COM) observes:

No politician of equal stature and consistency is apt to take McCain’s place as the country’s leading warmonger for the simple reason that this kind of demagoguery has mostly gone out of style – except in the Green Rooms of the Sunday talk shows, where the war god reigns supreme. Poor Lindsey Graham is going to be mighty isolated in the coming days, a lone laptop bombardier calling for wars from the Middle East to the Far East without the company of his co-pilot. The voters and ordinary people in general don’t like this constant talk of war, be it “humanitarian” or otherwise, because they know the people agitating for it won’t be sending their children to die on any battlefield.
Many tributes to McCain in the media from his admirers come with the phrase “and we shall not see his like again.” To which one can only reply: and thank God for that.

Michael Tracey‏Verified account @mtracey 12h12 hours ago
McCain published a book *this year* finally admitting, on his deathbed, that the Iraq War was "a mistake." That's unforgivable, and "mistake" is not the right word. More like "grievous, career-destroying offense." Any remembrance which doesn't put this front and center is a sham.
38 replies198 retweets669 likes


A crime -- that's what the Iraq War is and remains.

Unlike John McCain, the Iraq War goes on.


And it is the Iraqi people who deserve your sympathy.  They suffer through the ongoing US-led war.  They suffer under a puppet government installed by the US.

This video is a tribute to analysts who claim that Iraq’s national budget is not enough to solve the country’s problems. These men cut the oil pipe—watch how the black gold (oil) is robbed, while people in #Basra drink poisoned water. #IraqProtests #البصرة_قضيتنا #البصرة_تستغيث
0 replies0 retweets2 likes

Duaa Malik‏ @Duaa_IQ 19h19 hours ago
CC: @AdelaAlaboudi, This woman from #Basra has a message for you. She called you a thieve. Protesters gathered money to buy medication for a fellow protester poisoned by the water the @IraqiGovt delivers to residents. #IraqProtests #البصرة_تستغيث #انقذوا_البصرة #البصرة_قضيتنا
1 reply2 retweets7 likes


That's where your concern and sympathies, your prayers should be directed.  To the people who need it.  Not to the dead man who helped turn their lives into hell.