The Originals airs on The CW on Friday nights.

When that happened, the protection spell she cast over their home was broken.

And they were attacked.

He realized what was happening while they were talking and coaxed her into letting him out of the circle Klaus was keeping him in.

Freya briefly died because of Keelen.

She was told that Keelen would be killed.

Keelen was attacked but managed to hold her own.

She then discovered Freya and used her medical training to revive her.

To hurry home and protect the family.

Anyway, after everyone was safe, Freya and Keelen bumped into each other.

Freya tried to Harry and the Hendersons Keelen but it didn't work and the two ended up in a passionate kiss.

This was another very strong episode.

Tuesday, May 9, 2017.  Chaos and violence continue, it's day 202 of The Mosul Slog, the western press works overtime to distort reality, and much more.

Birds fly, we turned finally free
Patience lost, I began to lose me
My advice would be take a breath
Close your eyes and take a step
I wasn't scared, I fought this on my own
You pulled me down and I let you go
I told you I would prove you wrong
And now I'm here and I'm standing strong
I know (I know, I know)
I know (I, I know, I know)
I know (I know, I know)
That I ain't got far to go, go, go
'Cause I spent forever waiting
And it's no longer a dream
And now I've landed on my feet
And I ain't got far to go
-- "Ain't Got Far To Go," written by Jess Glynne, nox Brown, Janee Bennett and Find Dow-Smith, first appears on Jess' I CRY WHEN I LAUGH
Hopefully, we don't have far to go.
Hopefully, they're collecting for the gold watch at SLATE and, three years tops, Fred Kaplan will be gone soon.
No one's done more to pollute the discussion of Iraq than Kappy.
In his latest garbage, he's fretting over US Secretary of Defense James Mattis and the plan.  Kappy's a drama queen.

Mattis’ plan, according to officials who have seen it, is a “whole-of-government effort,” addressing not just the battle in Syria and Iraq but also the need for political stability after ISIS is defeated and a diplomatic settlement, including humanitarian assistance, throughout the entire region.

The absence of a presidential decision on the plan weighs heavily as the combatants slog through the final—in some ways, most brutal—round of fighting in Mosul. Even before Mattis finished his report, Trump loosened controls on U.S. commanders in the field, letting them decide on their own whether to drop bombs on targets in populated areas. The “rules of engagement” weren’t changed, nor did commanders start ignoring the laws of warfare. But whereas President Obama would often rule on whether to bomb or refrain if there was some chance that an airstrike would kill civilians, Trump has let the officer in the field calculate the probabilities and decide whether they’re too high, or low enough, to order an attack.
What will Donald do, Kappy wants to know.
Read in vain for Donald turning control over force numbers on the ground to commanders.
Seems sort of a commander-in-chief decision, unless you're Crappy Kappy.
And is anyone ever going to weigh in on that -- anyone outside of this community?
If only to note that throughout the campaign for president, Donald insisted he was smarter than the generals yet he's now turned over control on force numbers?
Probably not.
Just like Kappy thinks he can toss around "whole-of-government."
If Kappy ever gets that stick out of his ass, maybe he can work on losing tired phrases next?
"Whole-of-government"?
If Trump proposes that, this will be the third administration that has.
It's a cute and meaningless phrase -- but one that feels better on the tongue to War Hawks than their earlier term "holistic approach."
Nothing has changed in the previous two administrations and Kappy's eager to pimp a plan that will continue the same progressing-to-no where approach because that's Kappy.
There are so many lies and distortions in his piece that we should all hope he puts in for early retirement.
Instead of holding the US government accountable -- his job, though he so frequently forgets it -- he tosses out the 'ISIS is responsible for the civilians killed in US bombings' nonsense.
If and when Kappy retires, we'll still be left with the hideous Erika Solomon -- aka Queen of the Dumb F**ks.
She scribbles endlessly in a new piece at THE FINANCIAL TIMES.  Here's a taste:

Washington and its allies are likely to support Iraqi security operations even after Isis is driven out. But that alone will not solve the puzzle of how Nineveh, and perhaps all of Iraq, heals the scars left by the Islamists. If the country cannot foster coexistence, Baghdad’s allies may find it mired in conflict yet again. “Of course this isn’t over . . . it will become sect versus sect, party against party, neighbour versus neighbour,” says one Nineveh council official, who asked not to be named. “The killing is easy, because we have not imposed governance here. There is no order.” Nineveh, Iraq’s second-largest province, is rich in oil and fertile land. But its complex ethnic make-up means conflicts, many of which predate Isis, are hard to resolve and relatively easy to reignite. When, almost a century ago, British officer TE Lawrence made a map exploring colonial partition of the Middle East based on ethnicities, he put two question marks over Nineveh, which seem to linger to this day.
Perhaps all of Iraq?
What a deeply stupid woman.
I cannot believe the lies that are pimped by the press these days -- and I can't believe that I can't believe it.
The Iraq War was the war the western press wanted and sold.
And they've done it ever since.
They lie, they spin and mainly they whore.
And, honestly, f**k TE Lawrence and the British self-obsession with Lawrence.
The Islamist scars?
Try the scars Britain's long imposed.
And the Islamic State did not arise from thin air.
It is the result of the sectarian scars which were encouraged by the United Kingdom and the United States in the current go-round.
Bringing up Lawrence is an effort by anti-Arabists to pimp the lie that 'those people' just can't find peace because of 'what' they are.
No, the reason Iraq is in turmoil is because it's been the focus of repeated western wars.
The current turmoil has everything to do with the installing of exiles.
In what world does anyone want to be ruled by cowards who fled their country (and then agitated for England and the US to invade the country)?
And the cowards returned to Iraq with chips on their shoulders and hatred in their hearts.
A future for the country?
No, they could only see evening old scores.
As Edith Ann once rightly observed, to get back is to go back.
And that's all the exiles can do, settle old scores, not move the country forward.
And this failure takes place despite promises and legal contracts.
But Erika Solomon can never tell you about that.
She's too busy pimping 'those people' to get honest.
We've spent the last years talking about this issue -- what happens next.
Erika's suddenly 'interested' because she thinks The Mosul Slog is nearing an end.
Maybe it is?
In the meantime, it's day 202.
Team Media War Iraqi‏ @TeamMediaWarIq  1h1 hour ago 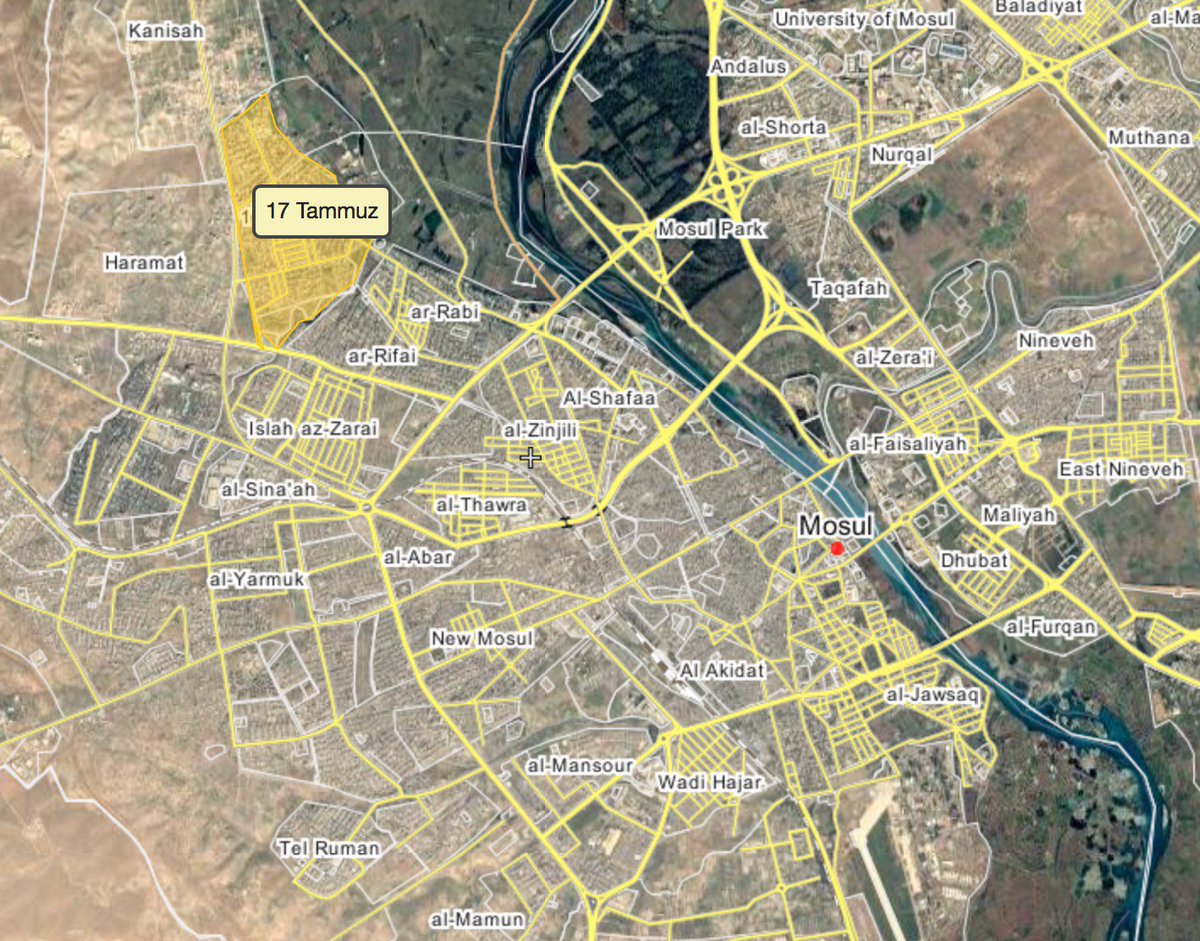 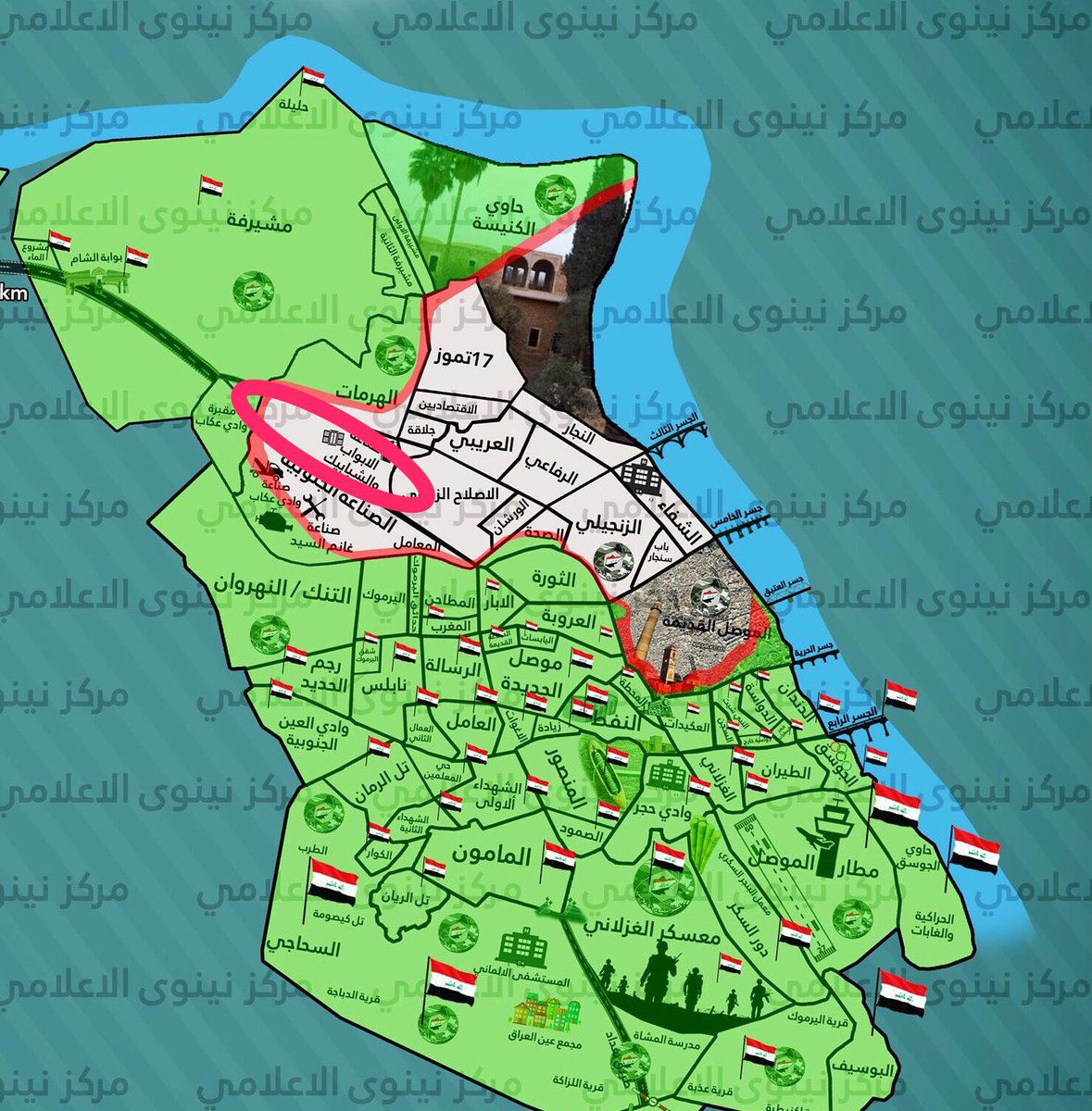 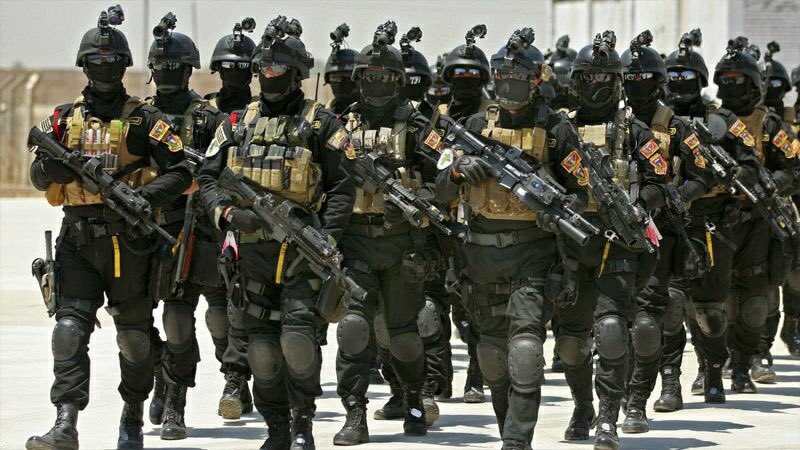 
And the Islamic State isn't just in Mosul.

Dozens of #Iraqi army soldiery fleeing their positions as #ISIS attacked them on Haditha-Baiji road  via @Nidalgazaui twitter.com/Nidalgazaui/st…

The Islamic State isn't the only actor in Iraq.


That may or may not be their actions.

More than likely, it's the act of a Shi'ite militia connected to some politician who has a great deal to fear from corruption investigations.


Former prime minister -- and forever thug -- Nouri al-Maliki, for example, is the poster child of corruption on social media but, remember, the Iraqi people have always taken the corruption more seriously than the government that supposedly represents them.