I really appreciate their help getting the word out on last night's show.

It was a great one.

We found out, thanks to Davina, the history of the Hollow.

And that only Hayley can defeat it.

No sooner had Hayley left than we learned Davina also planned to kill Klaus.

And she would have gotten away with it . . . but Hope stopped her.

Hope is a little girl but she has tremendous witch powers.

The episode ended with Elijah going outside when he heard something only to be stabbed in the back by the Hollow which is in Marcel's girlfriend's body.

It was so great to see Davina.

And I loved the subplot.

Because as she was ticking off the history of the Hollow, I kept thinking, "This is her return?  They saddle her with a monologue of backhistory and nothing more?"

So it was so great when she was going to have her revenge.

Friday, May 12, 2017.  Chaos and violence continue, The Mosul Slog continues (with a new hopeful end date attached), the Islamic State continues to creep back into supposedly 'liberated' areas, and much more.

Starting in the US with a firing.  Andrea Zelinski (HOUSTON CHRONICLE) reports:


The state inspector general responsible for ensuring the integrity of one of the state's largest public agencies was fired by the governor amid revelations he was doubling as a consultant for the government of Iraq, which successfully sought to pull the country from the Trump administration's travel ban, officials confirmed Thursday.
Gov. Greg Abbott demanded Stuart Bowen Jr.'s, resignation Wednesday night after Texas Monthly's R.G. Ratcliffe began inquiring about the inspector general's communications and representation of the Iraqi government.


Before Bowen was appointed by Governor Greg Abbott in 2015 to monitor $40 billion a year in state health and welfare spending, he was the U.S. inspector general for the reconstruction of Iraq. I recently found out that he had been hired as a senior advisor to a Washington lobby firm that had registered as a foreign agent for the government of Iraq in late 2016. The lobby firm repeatedly invoked Bowen’s name in letters to senior Trump administration officials seeking meetings between them and a senior Iraqi aide to Prime Minister Haider al-Abadi (Bowen said that he did not authorize the firm to use his name). On April 6, al-Abadi posted a photograph of himself standing next to Bowen at a United Nation’s conference on corruption in Iraq.
[. . .]

Bowen said in a statement that in October 2016 a family friend who works for a Washington, D.C. law firm contacted him to ask for help connecting with the governor of the Iraqi Central Bank. Bowen made the introduction. The next month, according to Bowen, the firm approached him again for advice on anti-corruption efforts related to the financial services sector in Iraq, offering to pay him hourly. Bowen said that he consulted with the HHSC ethics advisor about the outside work. “My efforts for the law firm fully complied with that advice, with HHSC ethics policy, and state law,” he said in the statement. “I have never worked for Iraq and was not involved in any law firm activities regarding the travel ban issue.”

To recap, the terrorist group the Islamic State seized the city of Mosul in June of 2014.


It was over two years before Prime Minister Hayder al-Abadi did anything.  Last October, an operation to liberate or 'liberate' Mosul began.

Throughout the operation, the end date has been pushed back.  Today?  The government is stating that the operation will be done by the start of Ramadan.  (Observing begins at sundown on May 26th.) 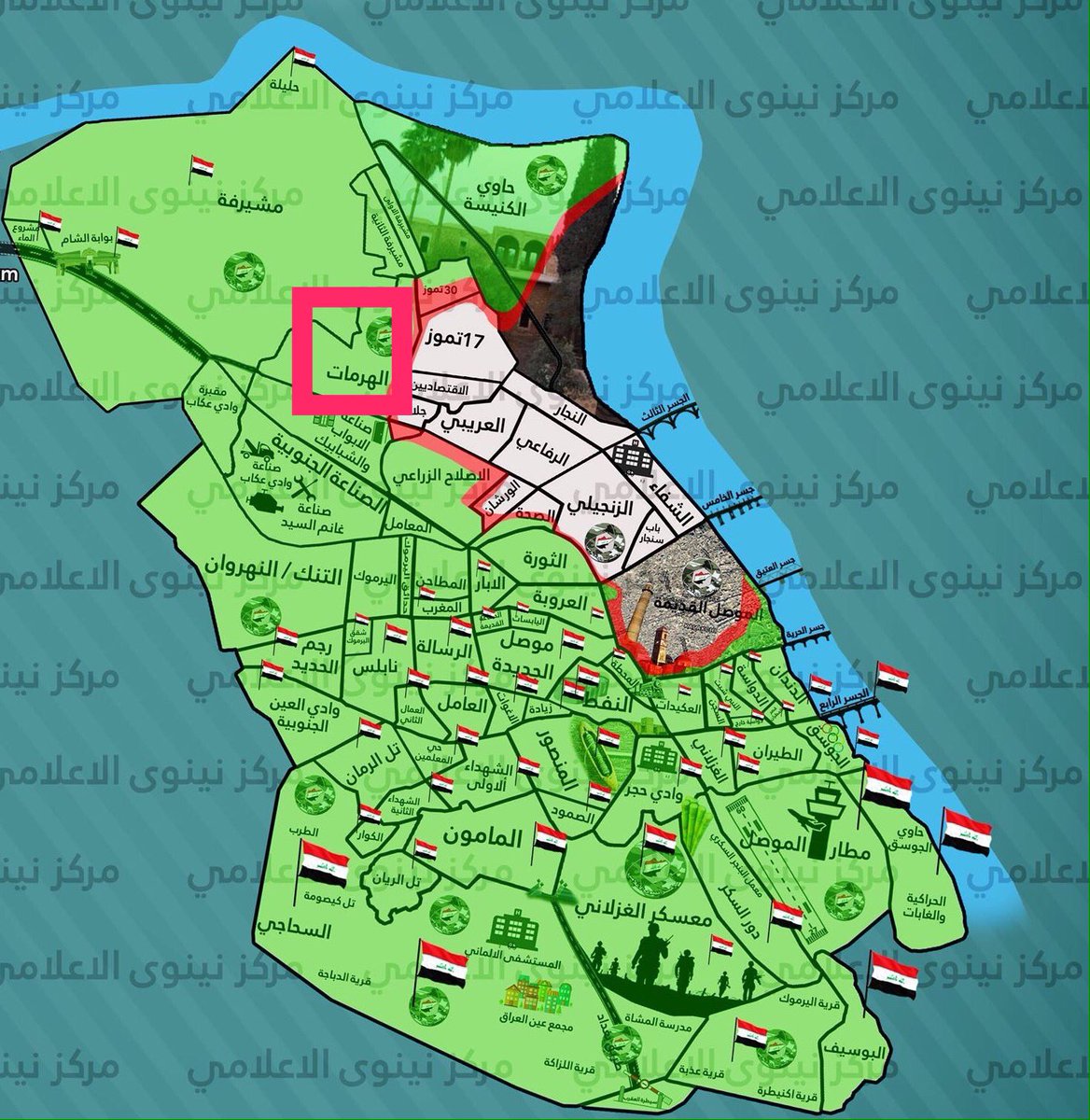 The white area above is still controlled by the Islamic State.


While the space ISIS occupies in Mosul has decreased, the number of refugees in Iraq has increased as a result of The Mosul Slog.  THE DAILY SABAH reports:

The Office of the United Nations High Commissioner for Refugees (UNHCR) announced Friday that 630,000 civilians have been displaced from Iraq's Mosul since the battle against the [Islamic State] terror group began in October.
UNHCR spokesperson Andrej Mahecic said [. . .] that the civilians who were trying to leave the city were at great risk, stressing that most of the families in Mosul were deprived of food, water, oil and other basic needs.
"Some families eat only one meal a day, mostly comprised of a single bread, flour or water," Mahecic stated.

The citizens of Mosul were told by the government not to leave Mosul, to instead stay in their homes.


Many of those homes were then bombed by Iraq and the US-led coalition.


Near the end of last month, people were finally encouraged to leave.

But there was no safe passage and those who attempt to leave are left to their own resources.


It's been a failure in every regard.

But at some point, when the slog is finally over, watch the pretense kick in that it was a victory and that it was worth it and blah blah blah.

Many Iraqis and international observers are continuing to watch the fighting in Mosul, where pro-government forces are slowly driving out the last vestiges of the extremist group known as the Islamic State. But even as this happens and the troops continue their painstaking and expensive advance toward victory, the extremists are re-grouping elsewhere in Iraq.
It seems that all those involved are coming to the conclusion that, in order to truly expel the extremist Islamic State, or IS, group from Iraq, the final campaign must take place in the deserts of Anbar province, around the borders of Iraq and Syria.
“Ending the IS group in Mosul will make the extremist group sick,” a senior Iraqi army officer told NIQASH, speaking on condition of anonymity because he was not authorised to talk to media. “But ending the organisation in Anbar will kill them. That is why fighting in Anbar will be the next main campaign in Iraq and also the most dangerous yet. It is different there because the battle will take place around international borders.”
A plan for this is already taking shape, the officer noted.

“The plan includes the mobilization of large numbers of pro-government forces from both the Iraqi army and from the anti-terrorism corps, that are currently in Mosul, as well as tribal brigades, along with US forces to provide air and artillery support,” he added.

Of course, Mosul is only one city in Iraq. 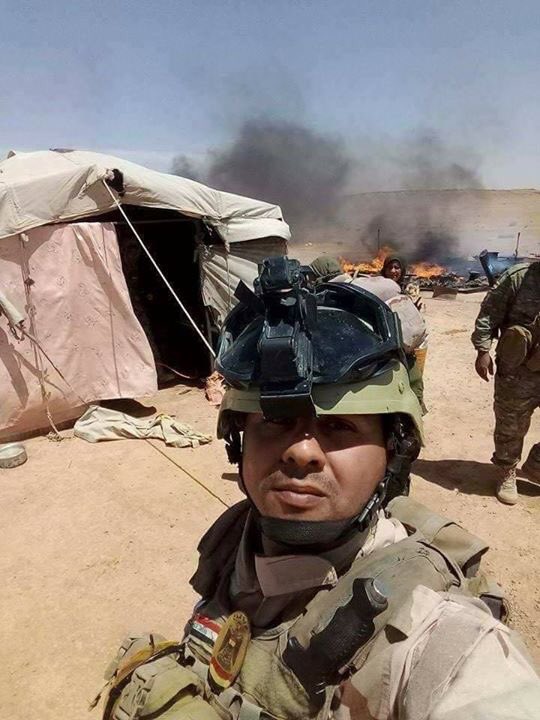 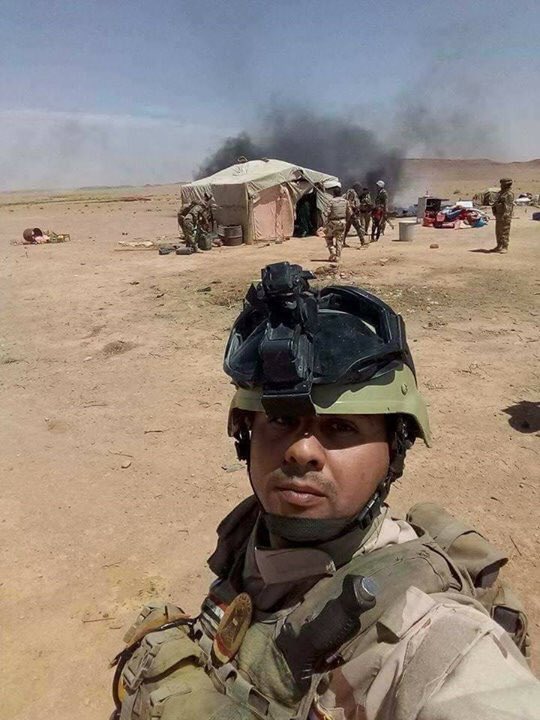 
For those playing along with the home version of IRAQ THE NEVER ENDING WAR, the Iraqi army 'liberated' May 18th of last year, driving ISIS out of the city.

And guess who's back?


Which is why you can't defeat ISIS militarily.

It works off the persecution of Sunnis.

End the persecution and ISIS loses its standing.

But since the overthrow of Saddam Hussein in 2003, Iraq has been a government that persecutes Sunnis.


Violence continues throughout Iraq.  One example:

The northern section of Iraq is the Kurdistan Regional Government, a semi-autonomous region.  The Kurds are the largest ethnic group in the world that does not have homeland.

In 1974 today, Kurdish revolutionary woman, Leyla Qasim, was executed by the #Iraq-i regime in #Baghdad for fighting for Kurdish rights. 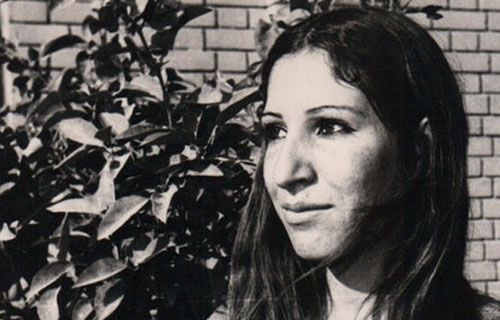 
Leyla Qasim (Southern Kurdish: لەیلا قاسم‎; 1952 – May 12, 1974) was a Kurdish activist against the Iraqi Ba'ath regime who was executed in Baghdad. She is known as a national martyr among the Kurds.

She was the third out of five children born to a Kurdish farmer, Dalaho Qasim, and his wife Kanî. She was born in Xaneqîn but was relocated to Irbil when she was four years old. The Qasims lived in wretched poverty, relying on rations for food and clothes. Leyla and her brother Çiyako were taught Arabic and agriculture by their mother when they were aged six and eight.

When Leyla was sixteen years old Abdul Rahman Arif was overthrown by Ba'ath party leader, General Ahmed Hassan al-Bakr. Leyla was disturbed by the violent takeover in the capital. During the late 1960s, Leyla and Çiyako wrote pamphlets on the horrors of the Ba'ath party including the new leader, Saddam Hussein, whom they described as being against Kurdish independence.
Leyla spoke to several Kurds in the Northern region of Iraq about the Ba'ath regime and the loose morals of the members. Leyla was told that her words were inspiring sedition.
In 1970 she joined the Kurdistan Students Union and the Kurdistan Democratic Party.[1]

In 1974, while studying at Baghdad University, she was accused of trying to assassinate Saddam Hussein. She was arrested, tortured and, in Baghdad on May 12, 1974, ultimately hanged after a lengthy show trial, broadcast throughout Iraq.[2]