Once upon a time, I liked Susan J. Douglas.

She writes for In These Times.

Yesterday, a friend forwarded me an article she wrote since the election where Douglas explains sexism hurt Hillary.

And all the sudden, I remembered how much I hated Susan J. Douglas.

Debra Messing, you are a nut and a psycho.

But I can understand your feelings of outrage because I had them in 2008.

I was supporting Hillary.

And the whole time we had to deal with sexism.

And some of us defended her.

I started this blog for that reason.

I used all my PTO days to go out and campaign for her in states that hadn't held their primaries yet.

And so few would call out the sexism.

Susan J. Douglas refused to call out the sexism.

Let's be clear, I'm African-American, a lot of White people stayed silent about the sexism (or used it themselves) to hand the nomination to bi-racial Barack.

Susan was certainly one of them.

So I don't need Susan J. Douglas showing up 8 years late to talk about something that didn't happen.


I will mock and make fun of Debra Messing but I do have sympathy for her.

I have no sympathy for Douglas.

Monday, December 5, 2016.  Chaos and violence continue, Mosul remains a slog, the US Secretary of Defense states the US military will need to remain in Iraq long after Mosul is finally liberated, Iraqi women stage an action in Baghdad, and much more.

Jason Ditz (ANTIWAR.COM) explains, "For a war which President Obama promised would involve 'no boots on the ground,' the ISIS war in Iraq has involved a substantial deployment of ground troops, some 6,000 by most reckonings. Even as officials present ISIS as nearly defeated in Iraq, the US military presence looks to be more or less permanent."

Al-Masdar NewsVerified account ‏@TheArabSource  19h19 hours ago
US Defense Secretary: 'We must stay in Iraq after defeat of #ISIS'
5 replies20 retweets9 likes


US Secretary of Defense Ash Carter has said that the United States military, along with its coalition allies, needs to retain a presence in Iraq after ISIS is defeated to ensure the group does not rise again.

Insisting that the US and the coalition must not halt the current campaign until the Iraqis successfully retake Mosul from the militants Carter said the need for a continued coalition presence after that objective is complete.

“But there will still be much more to do after that to make sure that, once defeated, ISIL stays defeated,” Carter said on Saturday, according to AP. “We’ll continue to counter foreign fighters trying to escape and ISIL’s attempts to relocate or reinvent itself. To do so, not only the United States but our coalition must endure and remain engaged militarily.”

Some are a little slow so they still may not be getting it: Barack Obama did not end the Iraq War.

He came into office on the promise that he would.

He leaves Iraq with the war continuing. 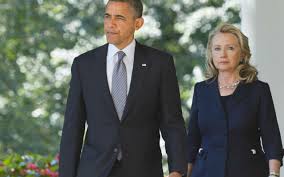 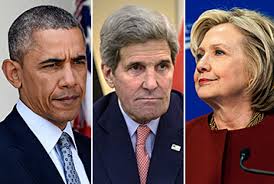 Sunday, the US Defense Dept announced:

Strikes in Iraq
Attack, bomber, fighter, rotary and remotely piloted aircraft and rocket artillery conducted seven strikes in Iraq, coordinated with and in support of the Iraqi government:

-- Near Rawah, a strike destroyed an ISIL vehicle bomb factory.


Task force officials define a strike as one or more kinetic events that occur in roughly the same geographic location to produce a single, sometimes cumulative, effect. Therefore, officials explained, a single aircraft delivering a single weapon against a lone ISIL vehicle is a strike, but so is multiple aircraft delivering dozens of weapons against buildings, vehicles and weapon systems in a compound, for example, having the cumulative effect of making those targets harder or impossible for ISIL to use. Accordingly, officials said, they do not report the number or type of aircraft employed in a strike, the number of munitions dropped in each strike, or the number of individual munition impact points against a target. Ground-based artillery fired in counterfire or in fire support to maneuver roles is not classified as a strike.

That has been Barack's answer since August of 2014 -- drop bombs and more bombs daily.

How's that working out?

NIQASH spoke with people in Mosul and one of them explained "Even now, we still cannot get outside as the sky is raining rockets and bombs,” she adds. “We can’t cook and we have to find water; we’re living on bread and dates and food that we stored because we knew this day would come."


The Islamic State seized the city in June of 2014.

The Baghdad-based government of Iraq didn't care enough to try and liberate the people until October of this year.  49 days later, the people are still not free.

The offensive was prepared by wave after wave of bombing. US, British, French, Jordanian and Australian jets and helicopters are providing air support to the Iraqi regime and its allies.
Mosul was overrun by Isis in 2014 in what was described as a “total collapse” of Iraqi government security troops.

The forces that now claim to be liberating Mosul are the same ones that smashed Iraqi society and killed hundreds of thousands of people after the 2003 US-led invasion.
Many of them are backing or taking part in the bloody Saudi Arabian war in Yemen (see below).
Isis’s rule has been appalling, but civilians are now terrified of the air and artillery assaults and the gun battles in the streets.

There will be precious little “freedom” for many when the sectarian Iraqi militias arrive.

The startling progress of the first few weeks of the campaign to take Iraq’s second city, the terror group’s last urban stronghold in Iraq, has given way to a numbing reality: Isis will not surrender Mosul, and Iraq’s battered military will struggle to take it.
Since Iraqi forces entered Gogali, a light industrial neighbourhood, in mid-November, the advance has slowed. “When we started, we were talking weeks,” said Hussein. “Now, we hope it will be by early in the new year. But these guys are not cowards. They kill as easy as they breathe.”

Saif Hameed and Ulf Laessing (REUTERS) note that "the military's campaign is likely to stretch well into next year as it seeks to recapture a city where the jihadists are dug in among civilians and using a network of tunnels to launch waves of attacks."


War, war and more war is all the White House has preached and done.

In fairness to Barack, a big part of the lack of a diplomacy effort was John Kerry.


Though he was supposed to be Secretary of State, Kerry was far more comfortable making war noises and pretending he was Secretary of Defense.

In the end, Barack had to ice John out of the decision making and elevate Brett McGurk to his special envoy.

That flurry of diplomacy over the last days was motivated more by the news that the Kurds were seriously considering breaking away from Iraq.


Meanwhile it is the Iraqi people who will have to stand.


Many women are standing up today in Baghdad.

Old Iraqi Pictures ‏@IraqiPic  3m3 minutes ago
This photo is not old, it's in this morning in Baghdad - Abu Nawas Street, girls wanted to say that we are free and not slaves. 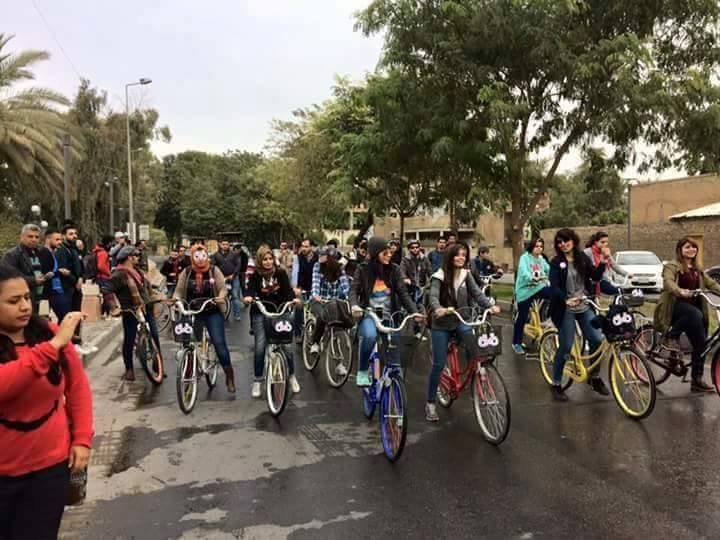 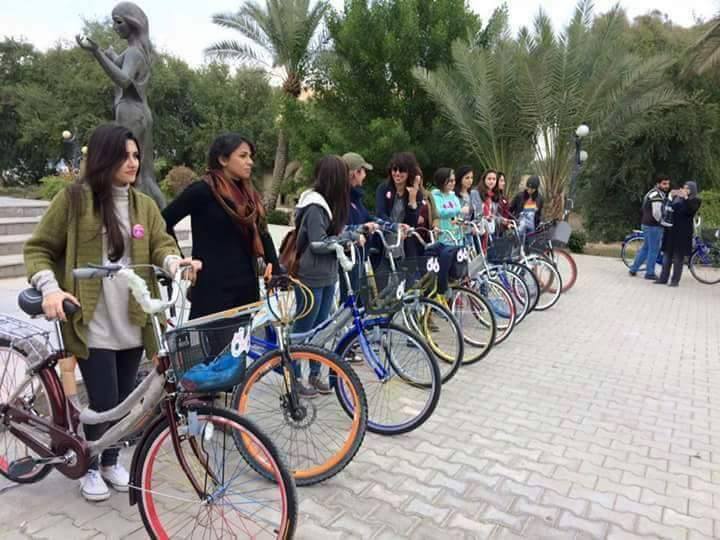 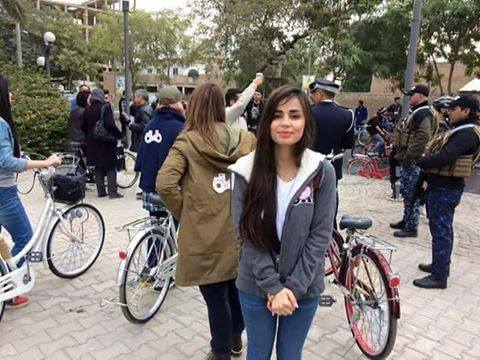 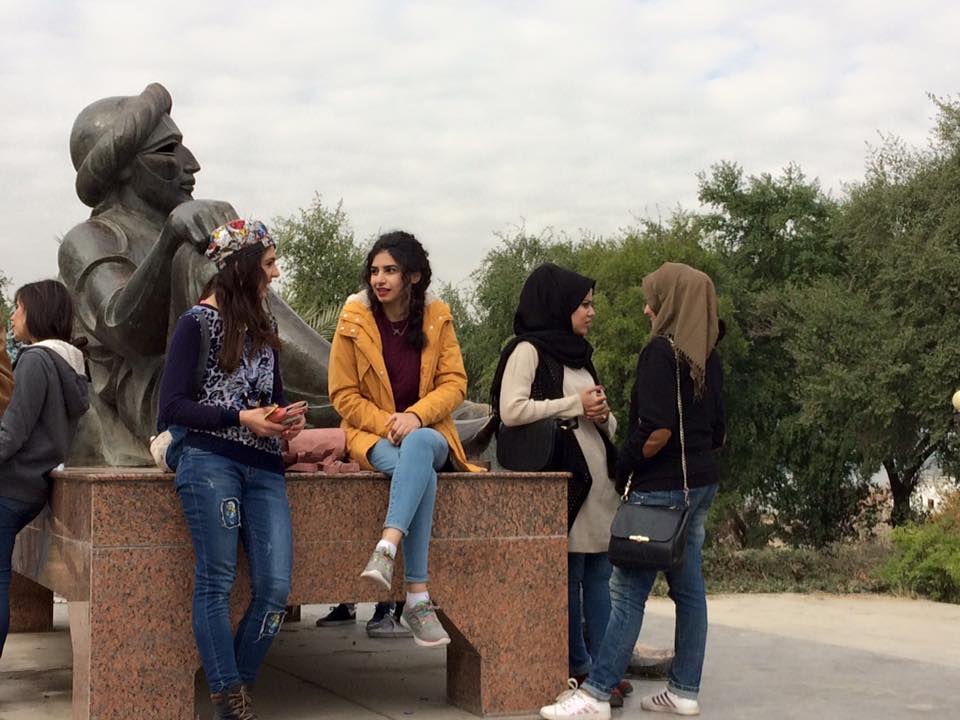 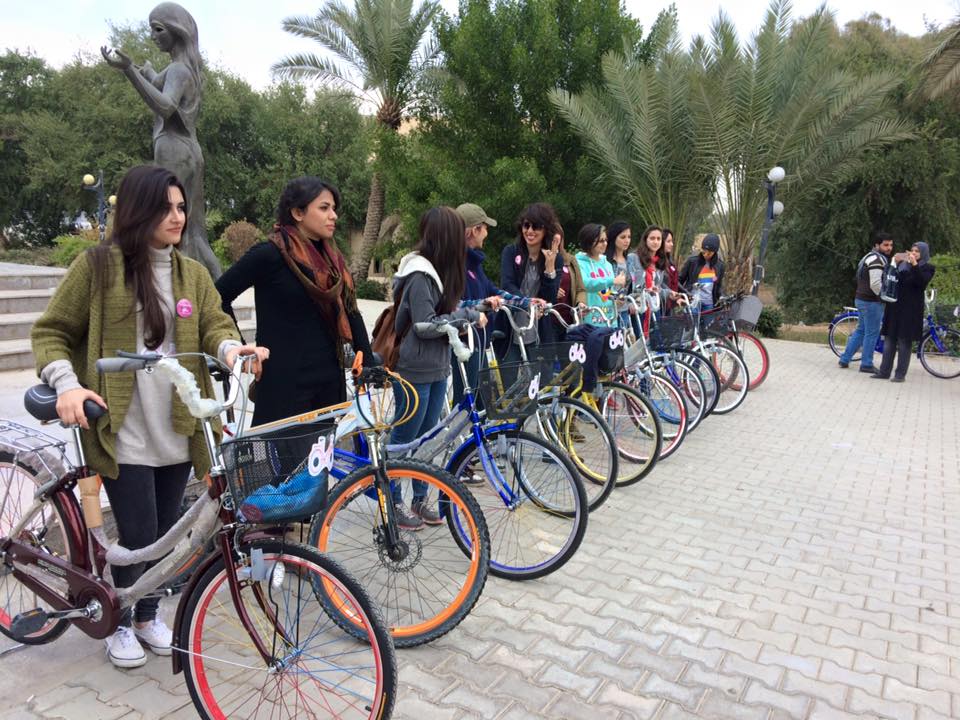 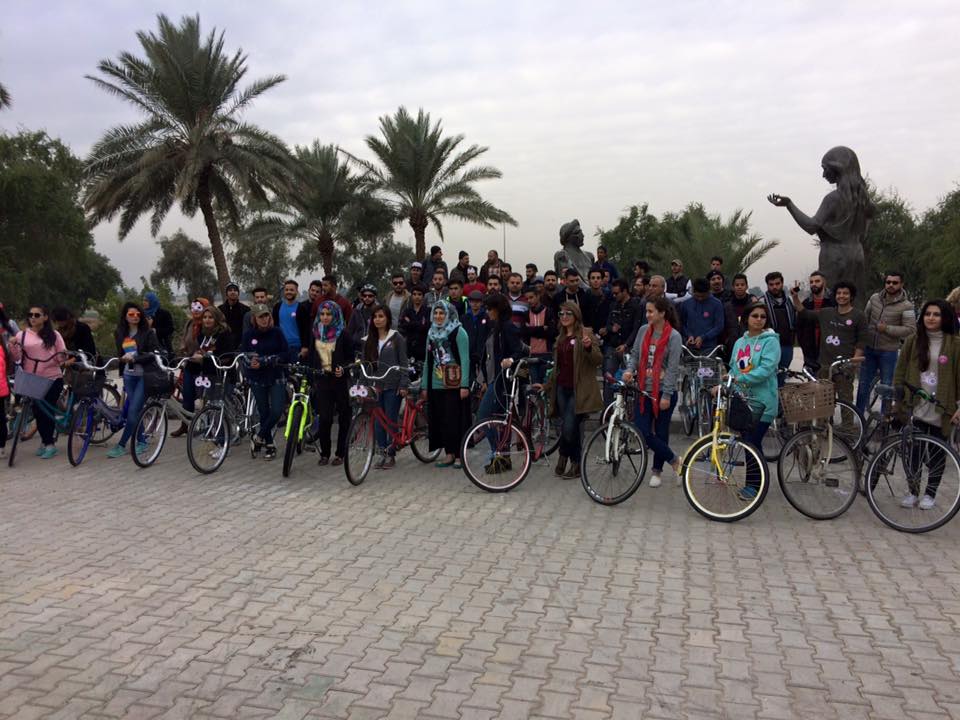 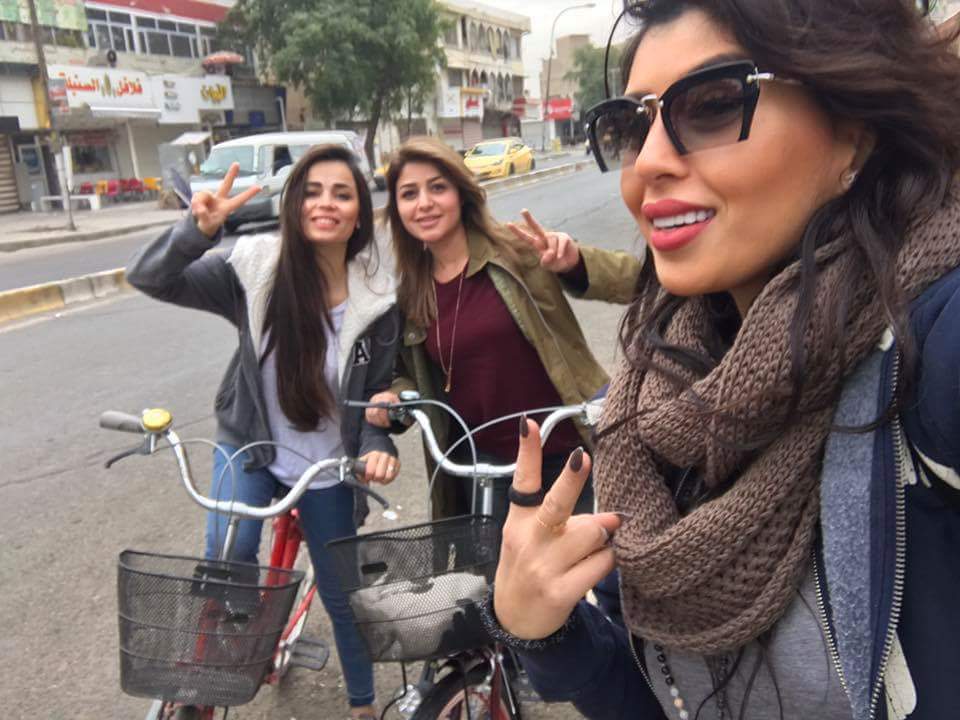 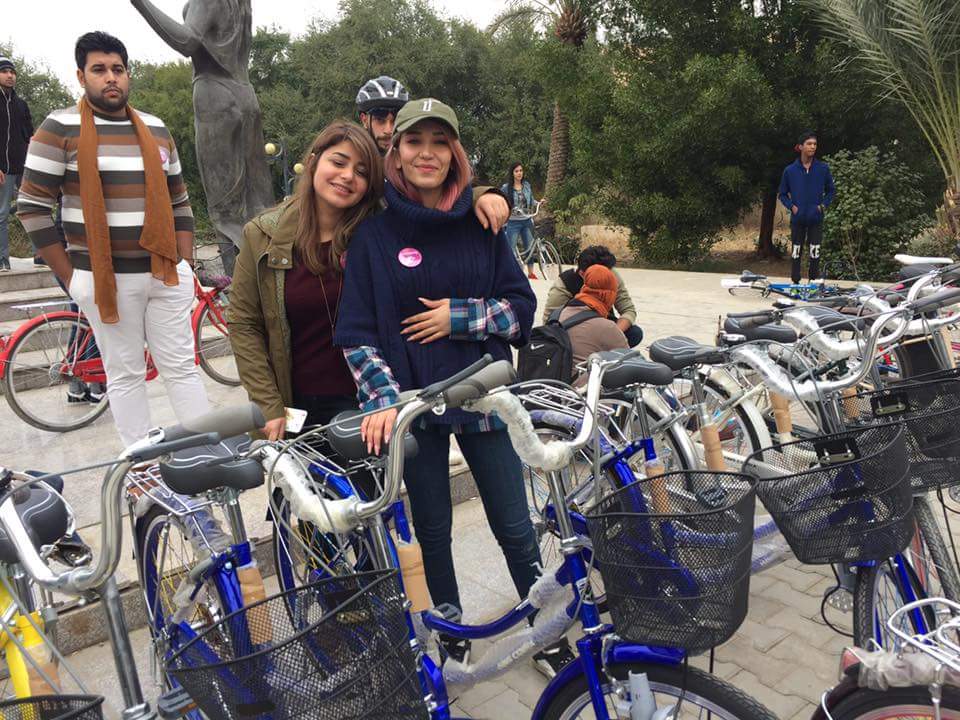 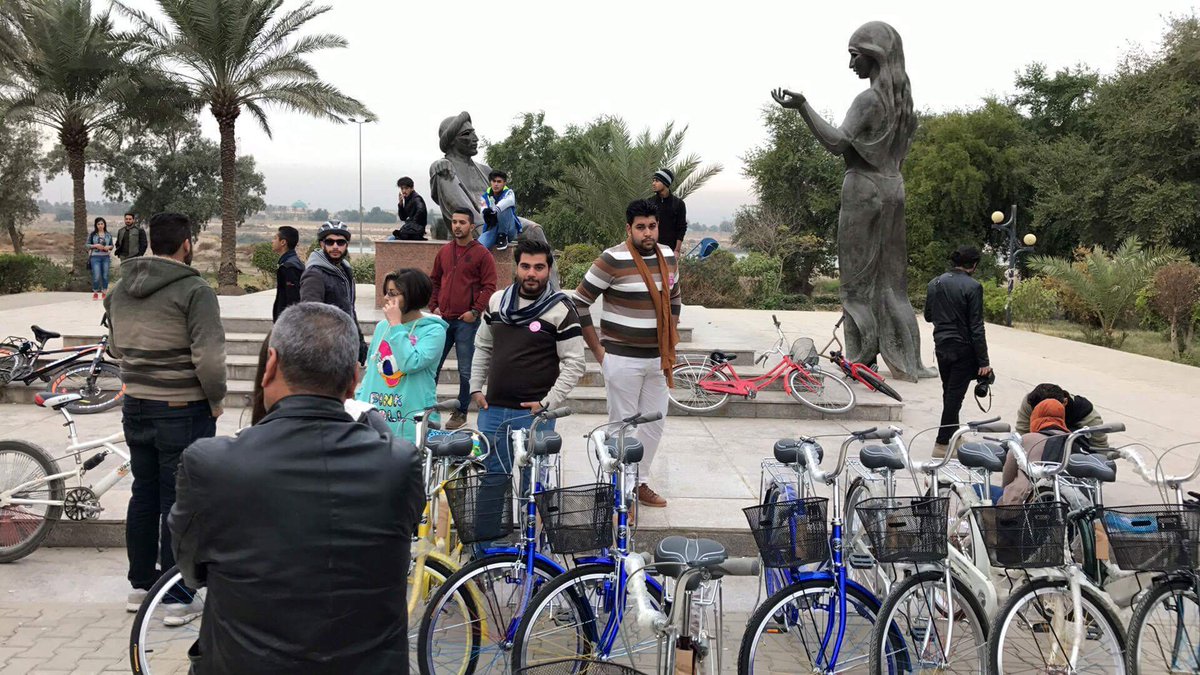 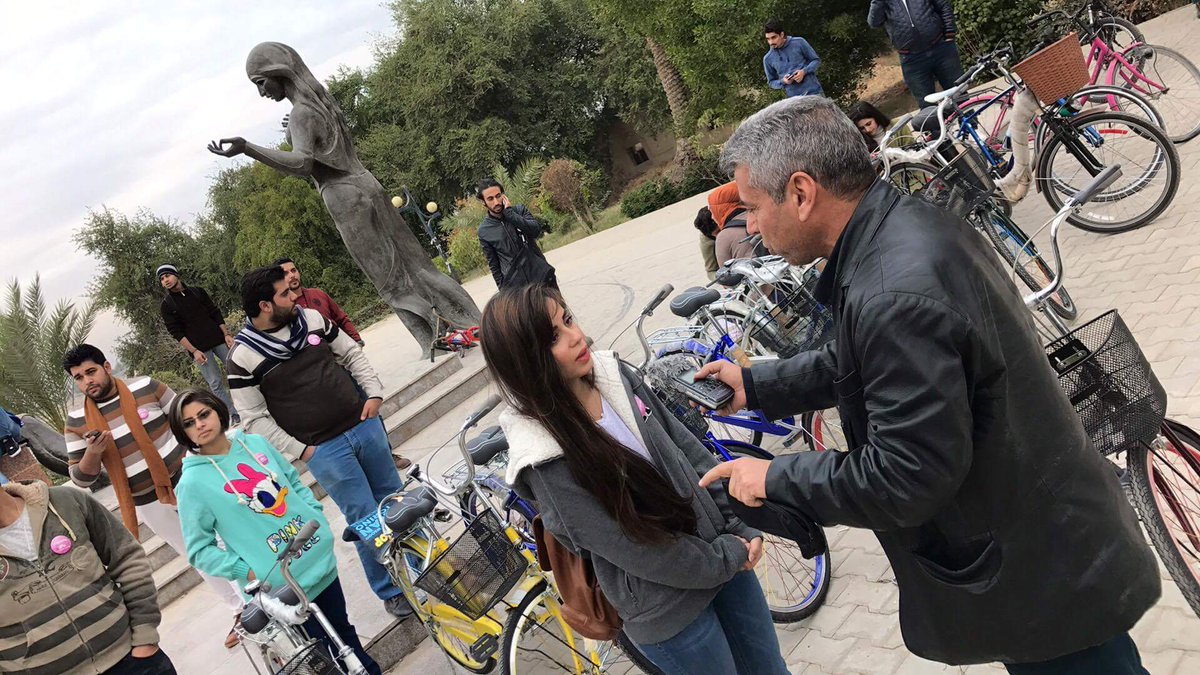