Agree with Glenn Greenwald on that.

The fascists trashing the ACLU?

This is why it exists: To protect unpopular speech.

Anyone can defend popular speech.

The ACLU is serving the purpose it always served.

A lot of people are too stupid to grasp that -- sadly, some of these idiots pass themselves off as leftists.

Monday, August 14, 2017.  How do you note the death of 2 US service members in Iraq?  If you're a reporter for THE NEW YORK TIMES or most members of the US Congress, you do it with silence.

Yesterday, it was announced two US service members had died in Iraq and five more were injured.


-- "Till They All Get Home," written by Melanie (Safka) and first appears on Melanie's CRAZY LOVE

Jake Tapper wasn't the only one in the media noting the dead and the injured. 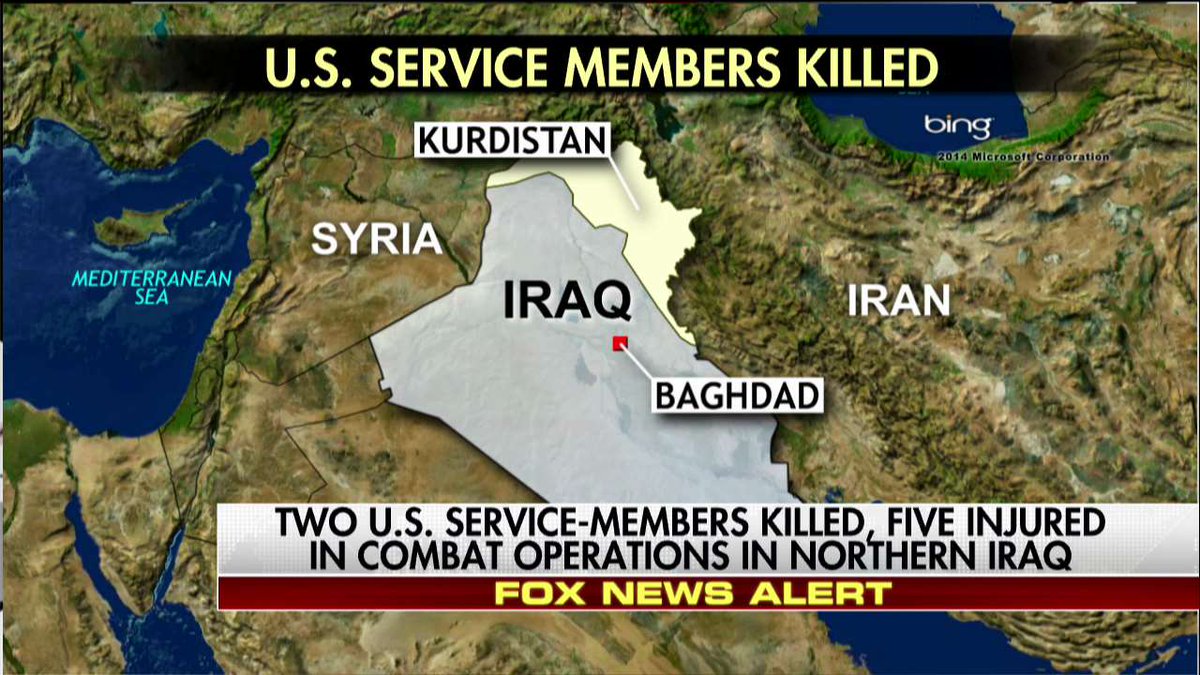 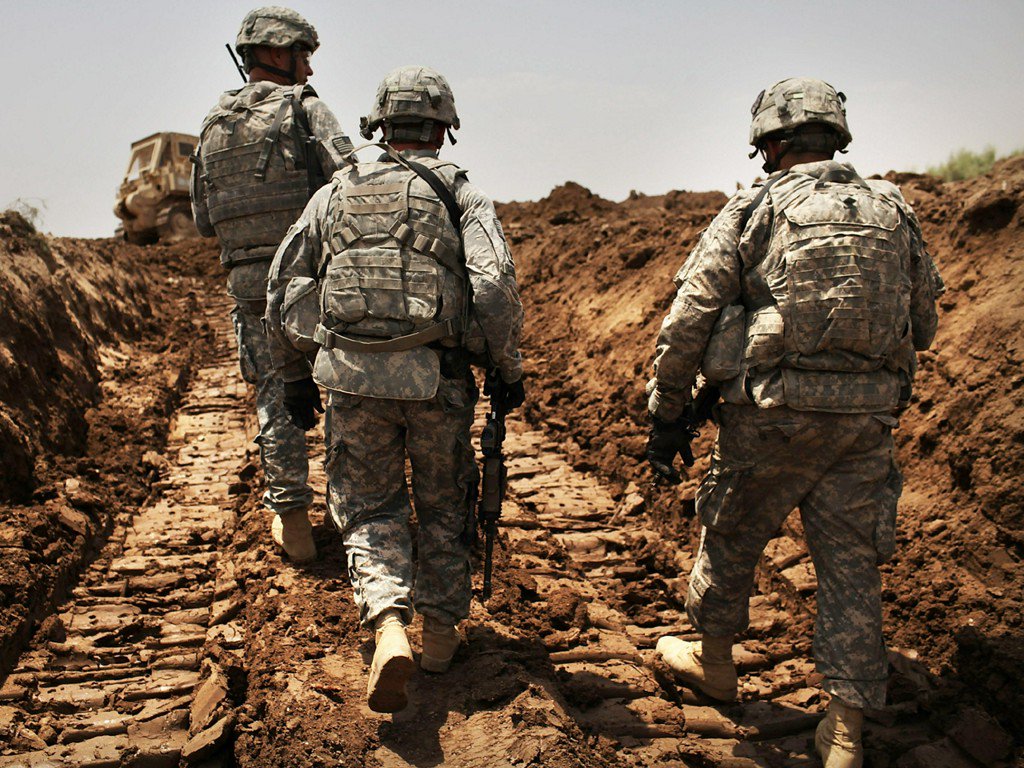 Interestingly, although Tweeting six hours after Jake Tapper about pompously "sitting in Iraq," THE NEW YORK TIMES' new Judith Miller (Rukmini Callimachi) didn't say a word about the deaths or the injured.

She's paid to cover Iraq but she can't Tweet about it?

Beto O'Rourke‏Verified account @BetoORourke  8h8 hours ago
My thoughts are with the families of the service members killed in Iraq today.
3 replies45 retweets163 likes


US House Rep Beto O'Rourke could -- and did.

Good for Beto, as Alicia sings, "Nobody ever shut it down like you."

What of the cowardly posers?

Babsie Lee, I mean your fake ass.  Didn't Tweet about the deaths did you?  Nor you, "Auntie" Maxie.
What a bunch of fake asses.  They used the Iraq War, railed against it and then fell silent when it won the party the White House.

The queen of all fake asses, my US House Rep, Nancy Pelosi had not a word for Twitter either.  But, Nancy, we'll note you more later this week.


Also strangely silent?  My own US senator, Dianne Feinstein, couldn't Tweet one word about the loss.


But then, why would she?  Iraq's been a huge moneymaker for her:


Guess voting for the Iraq War paid off pretty good for the Feinstein family.


Back to THE TIMES, also Tweeting about Charlottesville but not Iraq?

THE NEW YORK TIMES' "Baghdad Bureau Chief" Tim Arango.  I was nice and stayed out of it over Tim's recent piece that he was slammed for.  It's a decision I can revisit at any time.  I noticed, for example, those who felt Tim played fast and loose with the facts in that latest piece of writing were unaware of the smackdown he received from a public editor -- even though it fit the narrative.  Tying that moment in would make for media criticism and not just complaining -- complaining is what FAIR and others did -- apparently unable to do the work required.

Tim, you can always go back to the soft feature writing if you're not up for the task of reporting.

But, for future deaths of US service members in Iraq?  If you're the Baghad Bureau Chief, you get off your candy ass and you Tweet about it.

Your failure to do so is highly disappointing.

I'm sorry, Tim, that doing your job is too hard for you.  I'm sorry that you're bored with the Iraq War -- unless you can find an Iran angle.


Can someone explain why today's NEW YORK TIMES carries this AP story?

The paper is paying Tim and Rukmini to cover Iraq but they have to run an AP report on the deaths of 2 US troops because Tim and Rukmini are too busy -- in Iraq -- Tweeting about Charlottesville to do their damn job?

I'm sure I'm not the only media observer who remembers THE NEW YORK TIMES selling the Iraq War -- beginning with a front page October 2001 report falsely linking Iraq to the 9/11 attacks.  Having sold the damn war, they're obligated to cover it -- including the deaths in Iraq.

They have blood on their hands and running an AP story that they bury on page six of the main section doesn't wash that blood away.


Close to 5,000 US troops are currently aiding in the fight against ISIS.
A month after Iraq's Prime Minister Haider Al Abadi declared victory over ISIS in Mosul, the coalition continues to aid the Iraqi armed forces fight against ISIS in other towns throughout the country.


Colin Dwyer (NPR) notes, "As NPR's Lauren Frayer reports, nine Americans involved in the operation have been killed this year, and nearly 50 service members have been wounded since the campaign was launched roughly three years ago."  Chad Garland (STARS AND STRIPES) also reports those figures -- 9 killed this year, 50 wounded in the last three years.  Ray Downs (UPI) notes, "Including Sunday's deaths, the United States' Operation Inherent Resolve against Islamic State has resulted in 43 U.S. soldier fatalities since the mission began in 2014, according to DoD data.  As of June 2, 484 civilians have been killed by U.S.-led coalition strikes during that time."  RT reminds, "In July, a top US commander in Iraq stated that the US troops and coalition forces may stay in Iraq even after Islamic State terrorists are totally defeated. He added that the troop levels are not going to be changed in the near future."


According to a statement from the coalition on the incident, the deaths and injuries were “not due to enemy contact.”

ISIS, however, issued a claim of responsibility, saying in a statement published online that they had fired Grad rockets at US forces in the village of Bewer, east of Tal Afar.

Col. Ryan Dillon, a spokesman for the U.S.-led coalition in Iraq and Syria, called the Islamic State claim “false” and said the casualties on Sunday were “not because of enemy fire.”

An Iraqi military statement issued Monday said the soldiers had been performing a routine inspection of a cannon when a shell inside exploded and that the deaths were not combat-related.


At THE NEW YORK TIMES, their correspondents are silent.  I guess that's better than PRESS TV where the comments left include:


Fleecing Rabbi11 hours ago
Great news. The cost of occupation must increase.
Reply
+0
-0
Bill Jayred15 hours ago
US troops are devilish assassins and terrorists
Reply
+1
+1
-0

TAXCOLLECTOR2017> Maz11 hours ago
You do know why they call them YANKS of course.
Reply
+0
-0
Arnel Alcomendras18 hours ago
Excellent! USA thugs are on their way to hell!
Reply
+1
+1
-0

Falesteeni18 hours ago
They will not get out of North Iraq or Iraq, North Iraq is FLOATING on oil, US must be driven out by force and against their will..
Reply
+1
+1
-0

Among the violence being reported today in Iraq, ALSUMARIA notes a Kirkuk attack left 1 police officer dead, and the Ministry of the Interior notes two of their explosive experts died attempting to disable a bomb.


ALSUMARIA also notes that Saleh al-Mutlaq, known for the large, wide yellow streak down his back, has held a ceremony to announce that he is the leader of the Iraqi National Dialogue Front party.

Saleh's suddenly grasped that all the other major players are campaigning and he better hurry up and toss his name out there too.

He's got a lot of miles to go.

Currently getting the most attention?

Shi'ite cleric and movement leader Moqtada al-Sadr whose latest trip has been to the UAE. 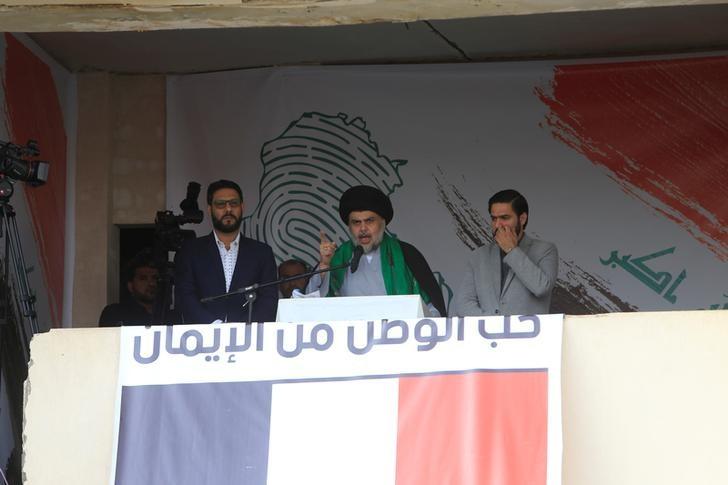