WikiLeaks and the CIA 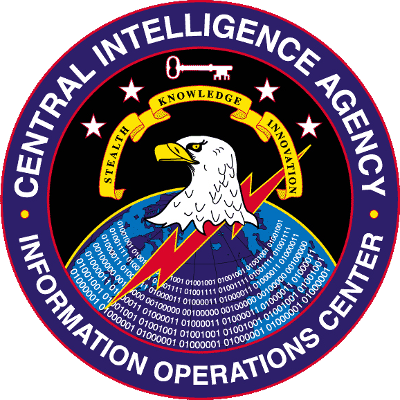 After all, they detail how:

The documented criminality is quite extensive.


Curt Mills has a piece about the possibility that Donald Trump was wiretapped:


"Information Clearing House" -  "US News" - President Donald Trump is "absolutely right" to claim he was wiretapped and monitored, a former NSA official claimed Monday, adding that the administration risks falling victim to further leaks if it continues to run afoul of the intelligence community.

"I think the president is absolutely right. His phone calls, everything he did electronically, was being monitored," Bill Binney, a 36-year veteran of the National Security Agency who resigned in protest from the organization in 2001, told Fox Business on Monday. Everyone's conversations are being monitored and stored, Binney said.
Binney resigned from NSA shortly after the U.S. approach to intelligence changed following the attacks of Sept. 11, 2001. He "became a whistleblower after discovering that elements of a data-monitoring program he had helped develop -- nicknamed ThinThread -- were being used to spy on Americans," PBS reported.
On Monday he came to the defense of the president, whose allegations on social media over the weekend that outgoing President Barack Obama tapped his phones during the 2016 campaign have rankled Washington.

Britain must remember the service of its young men and women in Iraq and Afghanistan Britain’s new national memorial, being unveiled by Her Majesty The Queen today, will recognise the service to this Nation of some hundreds of thousands of individuals –…

The event has been overshadowed by a row over the failure to include the families of the 682 service personnel who died in Iraq and Afghanistan among the 2,500 invited to the ceremony.
One widow of a soldier killed in Afghanistan said they had been snubbed; another called the decision completely crass.
Liberal Democrat leader Tim Farron called on the prime minister to apologise for what he called a careless oversight.
Mrs May said charities and groups representing the bereaved had been asked to put forward names of attendees.
But the chairman of the War Widows Association told the BBC that while she'd been invited herself she'd not been asked to nominate others, and that the Ministry of Defence should have contacted all the families involved directly.


While various family members were not allowed to attend, War Hawk Tony Blair was in attendance, no doubt feeling that pride and joy that only a War Criminal can when he's allowed to survey the people dead because of him.

Can anyone explain why Tony Blair has been invited to the Iraq/Afghanistan tribute to dead & injured soldiers, but not their families?

Tony Blair arrives at the Iraq/Afganistan memorial service, a few minutes ago and takes a front seat. This man has the skin of a rhinoceros

The only fitting memorial to Iraq & Afghanistan would be to have Tony Blair at the Hague! Watch @georgegalloway's @TheBlairDoc > #TKOTB
1 reply17 retweets20 likes

Tony always thinks the blood will wash off but it never will.

So the United Kingdom erected a memorial.

What did the US government do again?

Remember Barack Obama was president and the drawdown was taking place at the end of 2011 so veterans were asking for a parade and Barack said there would be one but not just yet and . . .

Oh, that's right, he left office without ever giving them their parade.

Because he's a liar.

Why didn't they get their parade?

And why didn't anyone ever hold the little prince to his promises?

Poor little Barack, rumors that he spied on Trump, rumors that an Iraqi terrorist was let into the country and captured before the election but Barack insisted he be let go because he thought the news would hurt Hillary's campaign, so many rumors.

Louis Michael, who commentates on TV programmes on the Channel 4 TV show Gogglebox, took to Twitter, to say Blair’s attendance was “like Hitler turning up at a Holocaust memorial. Tony Blair should be hiding his head in shame, instead he adds insult to injury.”


This is like Hitler turning up at a Holocaust memorial.
Tony Blair should be hiding his head in shame, instead he adds insult to injury https://t.co/K2d4cpEgsQ
— Louis Michael (@Louisxmichael) March 9, 2017

War Criminals roam free for years until, like Henry Kissinger, they're scared to leave the country for fear of being arrested.

do you recognize that women in Yemen, Syria and Iraq which are being killed by western weapons have rights too? #womansday
0 replies7 retweets9 likes

Clearly some did not.

That would include Alan Greenspan's wife Andrea Mitchell who, still nursing her vaginal longings for a President Hillary, made due with another War Hawk.

MSNBC brought in Madeleine Albright, who once called deaths of 500k Iraqi kids "worth it"
16 replies267 retweets337 likes

For Andrea, sprawled out on the billions her husband raked in, Mad Maddie is the ideal guest.


Bring on a War Criminal.  MSNBC was never a left network.

It's always been a centerist Democrat network.

And so Mad Maddie is brought on to disrespect the office of the president.

Let's be really clear on this, Donald Trump is the sitting president.

Any private citizen can and should say what they think.

He hasn't even been in office a year and a cloud has been immediately created -- which was the point.

Just as the point of the special prosecutor would be to find something, anything, a blow job?, on Donald.

David Brock should never have been allowed to move from the right.

But it's how corrupt we are on the left that we allowed him to take a leadership role.

'The resistance' is nothing but a campaign tool for an upcoming election.

And Mad Maddie Alrbirght should rot in hell -- which, appearing on MSNBC with Andrea Scrawny Arms Mitchell, probably is a very close earthly approximation.


Meanwhile, AFP reports, "Two suicide bombers attacked a celebration being held the night before a wedding north of Tikrit, killing at least 26 people, a police officer said on Thursday."  And ALMASDAR NEWS notes, "Over 40 people were killed in central Iraq on Thursday when two Islamic State (ISIS) terrorists carried out a suicide mission south of Baiji. According to the Islamic State’s official media wing, the two terrorists detonated their suicide vests at an Iraqi Army gathering point inside the village of Al-Hajjaj."