Originals Writers‏Verified account @OGsWriters  19m19 minutes ago
If you go to sleep now, it's only 16. #TheOriginals 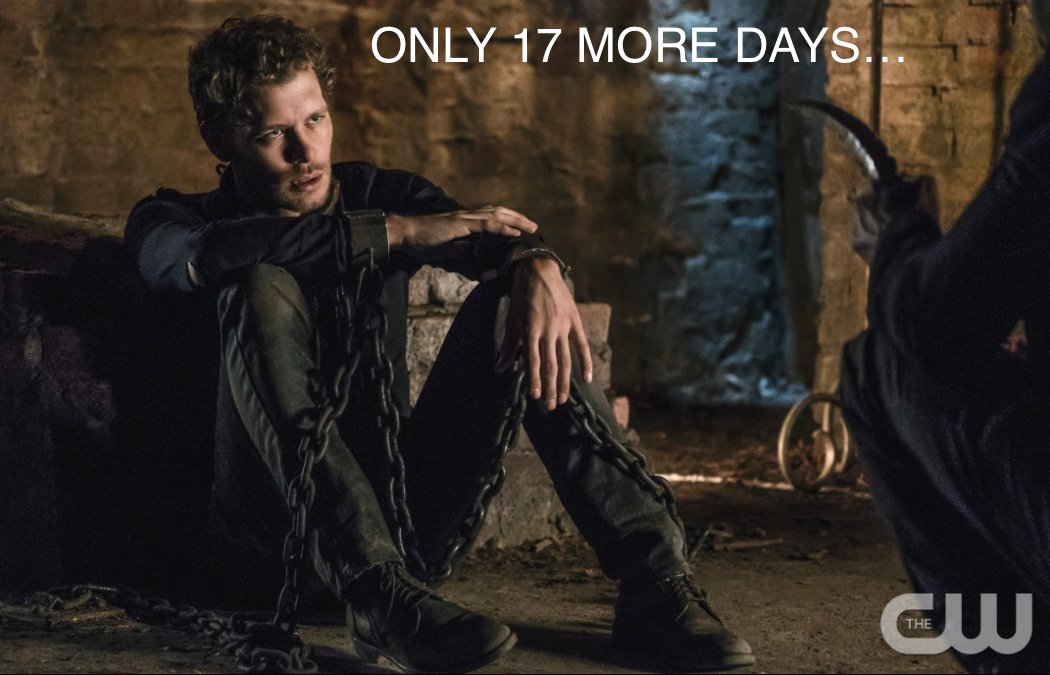 Julie Plec‏Verified account @julieplec  7h7 hours ago
I can't believe it's already March. This month we say goodbye to #TVD and hello again to #TheOriginals. What a ride it's been. Wow.
467 replies3,097 retweets6,593 likes


I cannot believe The CW has made us wait this long for new episodes of The Originals -- or that we're still waiting.

Wednesday, March 1, 2017.  The Mosul Slog continues, the so-called press continues to flounder, and much more.


THE DAILY BEAST remains one of the sorriest sites online.  They lost Nancy A. Youssef (to BUZZFEED) and how does that happen?

You have a journalist who can actually do the work required and write it up in a way that informs.

And you're not smart enough to grasp how rare that is?

Instead, they let Nancy move on and they kept Kimberly Dozier.

Dozier had some talents in TV.  She can condense a story into 90 seconds or less.  It never imparts anything of value but TV news blips really aren't supposed to provide context or illumination.  From CBS, she went to AP where she floundered but got a pass due to some of the topics.

Now she's at DAILY BEAST (and CNN) where all her flaws are on full display.

Such as in her latest piece of junk.


She's reporting on what she's being told about US President Donald Trump's plan for Iraq.

What she's being told.

She hasn't read it.

So she's left to do what she always does, half-assed work.

And, goodness, does it show.

She yammers away in desperate need of a camera operator to signal 'wrap it up' or a copy editor to tell her she's covered no new ground.

The Iraq War?  It's about to enter year fourteen this month.

If you're covering it today, rote really isn't the way to go.

Like the kid bluffing his way through an oral report on a book he never read, Kimberly blathers away and only makes clear that she has no understanding or grasp of any issue.

The third issue is the one she breezes past.

It's really the only issue to focus on.

Strikes in Iraq
Coalition military forces conducted 16 strikes consisting of 81 engagements in Iraq, coordinated with and in support of Iraq’s government:

-- Near Baghdad, a strike engaged an ISIS tactical unit and destroyed an ISIS-held building.


I think everybody grasps that.

Barack initiated that in August 2014 and the strikes have taken place daily.

The freezing of assets, though less covered, is understood.

On the root causes, Kimberly focuses on social media.

Social media is not the root cause of the Islamic State.

Stigmatizing it on social media -- possible but not probable -- doesn't change a thing.

As everyone paying attention has been noting -- Kimberly Kagan, Patrick Cockburn, us, etc -- there are already new groups coming up in Iraq.

If the Islamic State is defeated, it's going to be replaced.

And then it's do the same thing all over again?

The problem is the government.

The problem is the persecution of the Iraqi people.

Bully Boy Bush demanded national reconciliation in his 2007 benchmarks but it never happened.  Barack was insisting on the need for it throughout his two terms and most specifically in his June 19, 2014 speech.

Until Iraq represents the Iraqi people -- and not just the interests of a few -- there is going to be one group after another rising up.

Let's be honest why: The leaders aren't Iraqis.

If you consider an Iraqi person someone who lived there, these cowardly exiles fled in the 70s and 80s.  They only returned after the US-led invasion of 2003.

And the US government propped them out.

This allowed them to weaponize their grudges and all they've done is try to avenge the past -- or their perverted version of the past.

The Iraqi people didn't want to be led by a group of cowards who fled the country decades before.

Had these exiles made any real efforts at inclusion, the anger would have been stemmed long ago.

But it hasn't happened.

The persecution of Sunnis, Christians, every minority, continues.

The Iraqi forces carry it out while the world watches.

Every now and then Prime Minister Hayder al-Abadi insists that there will be an investigation.

Like every other investigation in Iraq, nothing ever comes of it.

Kimberly Dozier mocks Donald for doing the same but she's the one who has the power to change and refuses to do so.

She's the paint-by-number 'reporter' who lacks all curiosity and skepticism.

At THE NATIONAL INTEREST, Libertarian Doug Bandow weighs in on a lengthy (permanent?) US presence in Iraq:


There’s no reason to believe that renewed U.S. involvement will create an honest, effective, nonsectarian government. Nor to think that ongoing payments and training will create a dramatically better and more competent military and other security forces. We’ve already seen the movie and the ending was the Islamic State taking over Anbar, Fallujah, Mosul, Ramadi and much more. In some cases, the Iraqi forces refused to fight. That’s not going to change if Washington sticks around longer.
[. . .]
Worse, the sectarian political crisis continues. Iraq’s government remains Shia-dominated and therefore is distrusted by minority Sunnis. After choosing seventh-century brutes over twenty-first century sectarians three years ago, the horrors of ISIS rule caused many Sunnis to back away from the Islamic State. Absent reform, however, they could switch again if they find another group willing to act as their supposed protectors against an abusive central government and sectarian security forces.
Indeed, post-liberation killings, especially by Baghdad’s militia allies, have accompanied Iraq’s recent victories. These abuses undermine the prospect of reconciliation in Iraq and taint Washington’s reputation as well. Yet the problem could grow in the future. Warned the Washington Post: “If and when the Islamic State is defeated, there is no fully developed plan for how these armed groups can be brought under state control and prevented from exacerbating the sectarian divisions that brought about the militant group’s rise.” If Sunnis are not included in their nation’s future, another sectarian war looms on the horizon.

You address that or you stop pretending you're addressing anything.

You don't need boots on the ground to address it.

You need to use the diplomatic tool box.  You make aid conditional.

It's day 135 of The Mosul Slog and AP insists, "Troops were approaching Mosul's main government complex in the Iraqi city's western half as they continue to battle the Islamic State group."


In the US, Donald Trump spoke last night.  He didn't mention Iraq, we've got no need to cover it.  (We'll note a statement on it later today -- much later.)