And now she's at the age where the tits sag.


Sarah Abdallah‏ @sahouraxo  8m8 minutes ago
Heartwarming: Schools in #Syria celebrate Teachers' Day. Imagine that Obama and Hillary wanted to replace THIS with the rule of Al-Qaeda.


Peace will not come to Syria via al Qaeda -- or it's p.r. group "The White Helmets."

But if you did your schooling on the set of Team Steam, it's hard to figure out.

So she goes around champing at the bit for war and more war.

She's all for destroying the world with war.

It's time for people who care about peace to turn their backs on liars like Alyssa Milano.

End the wars and end support for fake asses.

Tuesday, March 14, 2017.  Chaos and violence continue, The Mosul Slog continues, the silence over the Iraq War continues -- John Conyers, where have you gone?, and much more. 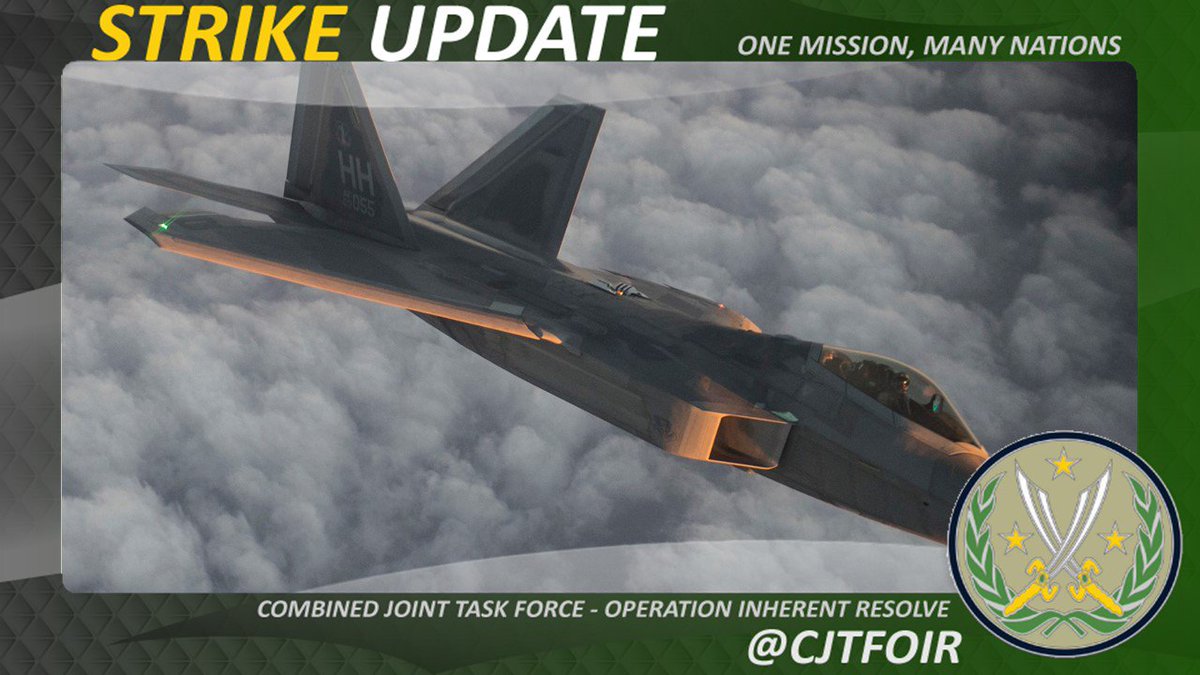 The bombing of Iraq started in August of 2014 and continues daily.


Possibly since Barack Obama no longer overseas it, we might be able to get honest about it now?

It would appear that a large number of people who should be speaking out can't because elected persons in the Democratic Party have yet to give them their marching orders.


That's the difference between ethics and partisanship -- you're witnessing it right now.

And the difference between courage and silence?

Look at 'leaders' like John Conyers and Barbara Lee who cower instead of speaking out as the suffering of the Iraqi people is set to hit the 14 year mark in mere days.


The Mosul Slog continues with little criticism while tiny steps are treated as huge progress. ALJAZEERA runs John Davison's REUTERS report, "Iraqi forces battling ISIS/ISIL faced tough resistance from snipers and mortar rounds on Monday as they tried to advance on Mosul's Old City and a bridge across the Tigris River in their campaign to retake it."  XINHAU reports:

Iraqi forces on Monday liberated two neighborhoods from the Islamic State (IS) militants in the western side of Mosul, while the troops continued fighting fierce urban warfare in the old city center, the Iraqi military said.
The commandos of the Counter-Terrorism Service (CTS) completely freed the neighborhoods of Nafet and New Mosul in the western side of the city, locally known as the right bank of the Tigris River, which bisects Mosul, the Joint Operations Command (JOC) said in a statement.

The recapture of the two neighborhoods brought the CTS troops closer to the western edge of Mosul's densely populated old city center, where hundreds of thousands of civilians are believed to still be trapped under IS rule.

And here's some video of yesterday.


Brett McGurk is giddy about the operation, as FRANCE 24 explains:

IS "is trapped. Just last night, the 9th Iraqi army division... cut off the last road out of Mosul," said Brett McGurk, the US envoy to the anti-IS coalition.
"Any of the fighters who are left in Mosul, they're going to die there," he said. "We are very committed to not just defeating them in Mosul, but making sure these guys cannot escape."


Maybe that would be a term better used for the civilians still in Mosul, the ones the Iraqi government told not to leave. 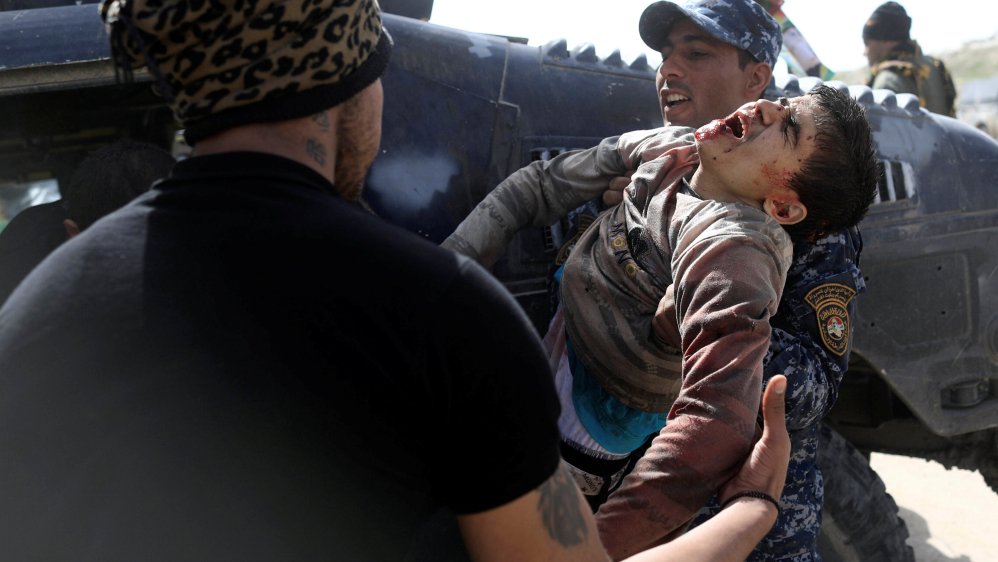 Why would you ever tell civilians not to flee an area you planned to attack?


Why would you ever do that?

And why would the world just sit there with a blank stare as you did?


The Mosul Slog has created a refugee crisis.

ICRC‏Verified account @ICRC  23h23 hours ago
This is what it looks like to flee for your life from #Mosul.
2 replies187 retweets88 likes

And now it's time for house-to-house searches -- a time when even more abuses tend to take place.  Meanwhile Human Rights Watch issues an alert which includes:

“The Iraqi authorities should immediately release the children it is holding in these hellholes unless they promptly charge them with a crime,” Whitson said. “Iraq should recognize and treat children accused of ISIS affiliation as the victims of illegal and unconscionable recruitment and exploitation by the group.”

Brett McGurk's ignoring that as well.  But he did make time to meet with the President of the KRG.

Hopefully, he addressed politics since elections in Iraq are not far off.


For some time now it has been clear that Iraq’s Shiite Muslim militias have political ambitions. The militias were formed by volunteers in 2014 in order to fight the extremist group known as the Islamic State, but have since become a semi-official part of the Iraqi military.
Comments made by influential leaders of the various Shiite Muslim militias often have the same impact as statements made by senior politicians and military, and it’s been clear for some time that they plan to use their popularity and importance to enter politics.
As the fight to push the Islamic State, or IS, group out of the country proceeds, and looks likely to end in success sometime in the next few months, the militias are looking toward their political futures.

“The militias will be present in politics in the same way they were present on the battlefield,” Qais al-Khazali, leader of one of the most feared and respected militias, the League of the Righteous, said last week. “In the same way that we win the battle against the IS group, we will win the fight against corruption and unemployment. Because the militias exist thanks to God’s will.”
Sources say that most recently the various militias had been negotiating alliances between themselves that they could capitalize on in upcoming Iraqi elections.
“Over the past few days there have been closed door meetings held to discuss the future of the militias and how they will participate in the elections,” said one source, who had to remain anonymous due to the secretive nature of the meetings. The militias discussed participating in Iraq’s upcoming provincial elections, currently due to be held in September 2017, and then federal elections, due to be held in April 2018. The idea of putting them all together on one electoral list was floated by Iranian advisers.

However, there are a lot of obstacles to getting the various militias, which are far from a homogenous group, to cooperate. Political tactics are very different from those on the battlefield.


The US government is in bed with the League of Righteous -- Barack made sure of that in his first year when he released their leaders as a deal to get 4 British corpses and 1 surviving British hostage released.

The US government has done so much to destroy in Iraq (but last week's award given to Queen Raina of Jordan is supposed to wipe away all of that?).


Certainly, the rights of women were among the things the US government destroyed.

سلطان سعود القاسمي‏Verified account @SultanAlQassemi  2h2 hours ago
I got to meet the great Iraqi pioneer Suad Al Attar today. She was the first Iraqi artist to hold a solo exhibition in Baghdad in the 1960s.


And the following community sites -- plus BLACK AGENDA REPORT and Jody Watley -- updated: