Don't order a mattress from Walmart

So Friday, during lunch, I order a mattress from Walmart.  I'm overdue and my back and sides tell me that every time I try to sleep.

So I go to Amazon and to Walmart and Walmart can deliver on Sunday.

I order it.  After I pay for it at check out, I get an e-mail telling me it will be delivered Monday.

I'm not going to go through cancelling the order and doing it all over at Amazon.  It's one day.

Sunday, I get an e-mail that it will be at my house Monday by the end of the day.

I try tracking it and it just tells me what the e-mail said.

From the Walmart e-mail:

And when I track the package, no information has been updated since Sunday morning.

And they haven't sent me an e-mail explaining any delay.

Don't order a mattress from Walmart.

Where is the prime minister of Iraq?

It's a question that needs to be asked as all the problems continue in the country.  In July, he'll be in the US meeting with President Donald Trump.  Will Iraq still exist?

As the coronavirus rages in Iraq, THE EXPRESS TRIBUNE reports:

Hundreds of #Iraq's medical staff are now infected with #COVID19. Those doctors are risking their lives and their families' lives in order to contain the catastrophe with minimum resources. Many have died after getting the virus. 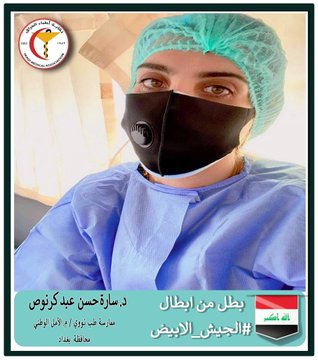 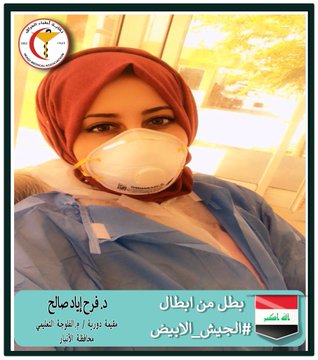 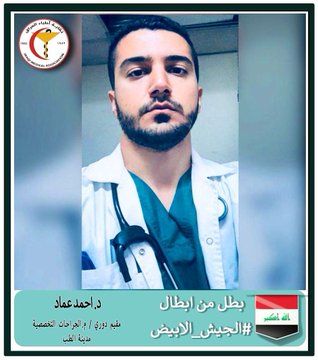 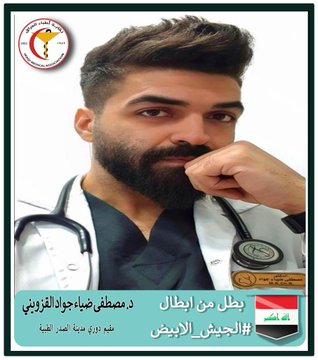 As a result, the government has made a move.  THE NATIONAL notes:


Men sit at a traditional cafe in the historic city of Shaqlawah, about 48 kilometres northeast of Erbil, in the northern Iraqi Kurdish autonomous region. AFP

Iraqi authorities ordered medical students to volunteer at the country’s hospitals after a sharp increase in coronavirus deaths was reported.
The National Security Council made the decision during a Saturday session chaired by Prime Minister Mustafa Al Kadhimi, state media said.
Fifth and sixth-year medical students will be “directed to volunteer to work at hospitals” to support health staff “in the confrontation against the coronavirus pandemic”, the council said.

The 'volunteer' term is an issue.  Will they be paid or not?  This is an issue and it's a serious one.  Iraq cannot find paying jobs for their citizens.  The government has noted earlier this month the decision to stop paying some workers.  You're ordering students to volunteer -- are you paying them?  Are you paying them a living wage?

Authorities in Erbil province announced a total lockdown on late Sunday as the number of coronavirus infections continues to rise. Meanwhile, Kurdistan Region health officials reported 139 new cases and six deaths due to the complications related to the disease over 24 hours.
A ministry statement detailed that among over 1,400 coronavirus tests given in the past day, 139 returned positive. It also said the total number of infections had risen to about 5,700.
The statement noted that six more patients had passed away due to the highly contagious disease and added that, since the beginning of the outbreak, 186 people in the Kurdistan Region had succumbed to the virus.


Firsat Sofi, governor of Erbil, informed Rudaw that the provincial lockdown will begin on Tuesday, rather than on Monday as previously noted in a statement

All civilian movement will be prohibited, including vehicle traffic.
Residents will be allowed to purchase essentials at their local bakeries, supermarkets, groceries, and pharmacies, which will remain open during the lockdown, according to the issued order. No hours of operation have been specified for the essential businesses.

Stop Turkey from bombing the Kurds in Iraq | We the People: Your Voice in Our Government https://petitions.whitehouse.gov/petition/stop-turkey-bombing-kurds-iraq
Lets get it to 100,00 signatures #TurkeyIsInvadingKurdistan

Yes, another problem the prime minister of Iraq should be addressing.  Turkey is in violation of international law and Iraq's sovereignty by bombing Iraq and by sending ground soldiers into Iraq. Seth J. Frantzman (JERUSALEM POST) reports:

There are growing concerns about Turkey’s military operations in northern Iraq, two weeks after Ankara began bombing areas of the country claiming it was “fighting terrorists.”Turkey began operation “Claw-Tiger” on June 17 and it seems to come in the context of Turkey launching new military attacks every month in different countries to distract from failures at home by Ankara’s leading party.
Turkey has had almost a year of near-constant new conflicts and militarist saber-rattling.Last spring and summer it threatened to invade eastern Syria, threatening US troops and the Trump administration in the process. The US tried to appease Turkey by having its anti-ISIS partners on the ground remove obstacles to Turkey’s invasion. It wasn’t enough, in October Turkey told Washington it would begin bombing the region and US troops must move.

That alone was already disturbing.  But now Orhan Coskun (REUTERS) is reporting:

Turkey plans to set up more temporary military bases in northern Iraq after stepping up its strikes against Kurdish militants there, a senior Turkish official told Reuters, saying the effort would ensure border security.
[. . .]
The United Arab Emirates (UAE) said on Wednesday that Turkish and Iranian military interventions violated Iraqi sovereignty. The UAE and Turkey in opposition on several fronts, including in Libya where they back rival sides.

The spokesperson for the Iraqi military laughably declared weeks ago that ISIS was vanquished.  That's never happened.  ISIS remains active in Iraq and continues to carry out attacks.  It's an issue the prime minister needs to seriously address.  THE NEW DELHI TIMES notes:

The resurgence of the Islamic State can be attributed to a weakened Iraqi government along with an administrative and security vacuum in the country.
The Islamic State (IS) has carried out a series of attacks in recent times which has led security studies analysts to take note of the resurgence of the terrorist and extremist groups in Iraq. According to a May 2020 report by the Combating Terrorism Centre (CTC), there has been a surge in attack activities in the second half of 2019 and the first quarter of 2020.
The number of reported Islamic State attacks increased from 1,470 in 2018 to 1,669 in 2019, with 566 reported attacks in the first quarter of 2020 alone. As per the CTC report, the number of areas with active attack cells seems to nearly double, from an assessed 27 areas in December 2018 to an assessed 47 areas in May 2020. The IS attacks have taken place in the provinces of Anbar, Baghdad, Diyala, Kirkuk, Ninewa and Salah al-Din. The IS has also plenty of fighters at its disposal.
In May 2020, assessments from the U.S. Central Command, the Defence Intelligence Agency and the U.S.-led coalition, shared in a report by the Defense Department Inspector General, claimed that the IS as a group was still operating mostly on the margins, both in Iraq and Syria and the terror group lacks the capabilities to sustain that pace over several months. However, many security experts contend that the U.S.-led coalition is unable to see key changes on the ground.
The most recent U.S. estimates put the terror group’s force strength in Iraq and Syria at anywhere from 14,000 to 18,000 fighters. Further, despite the U.S. raid that killed former IS leader Abu Bakr al-Baghdadi in October last year, IS has maintained command and control under new leader Abu Ibrahim al-Hashimi al-Qurashi.

Let's close with this:

We are so excited to announce the launch of Ms. magazine's very first podcast, On the Issues with Michele Goodwin!
You read Ms. online and in print. You follow along on social media. Now, keep up with the feminist movement and even more of Ms.’s substantive, unique reporting with your new favorite podcast.
Tune in for our premiere episode on Tuesday, June 30 on Apple Podcasts, Spotify, Stitcher, Google Podcasts or MsMagazine.com.

Get a sneak peek of the feminist analysis, insightful conversations and exciting guests to come: a trailer is available now! We hope you’ll give it a listen, subscribe and rate the podcast.
On the Issues is a show where we report, rebel, and tell it like it is. Join host Dr. Michele Goodwin as she and special guests tackle the most compelling issues of our times, centering your concerns about rebuilding our nation and advancing the promise of equality.
Listen to a trailer for On the Issues with Michele Goodwin now — on Apple Podcasts and Spotify.
And we’d love if you help spread the word, too! The number one thing you can do to help the Ms. magazine podcast reach new listeners? Subscribe and rate the podcast on Apple. Let’s show the power of independent, feminist media!
Meet Your On the Issues Host: Dr. Michele Goodwin is a frequent contributor to Ms. magazine and on MsMagazine.com. She is a Chancellor’s Professor at the University of California, Irvine and also serves on the executive committee and national board of the ACLU. Dr. Goodwin is a prolific author and an elected member of the American Law Institute, as well as an elected Fellow of the American Bar Foundation and the Hastings Center. Her most recent book, Policing The Womb: Invisible Women and The Criminalization of Motherhood, is described as a "must read."
Tune in Tuesday, June 30 for the first episode of On the Issues with Michele Goodwin—Policing in America: A Tale of Race, Sex and Violence. Professor Goodwin and her guests will ask critical questions like: where are the women in the field of policing? And why does it matter?