That just went up at THIRD.  We worked forever on that piece.  I love scary movies.

We debated, argued and advocated and came up with those 100 movies.

Check it out and see if you're favorite film made our list.

Tuesday, June 23, 2020.  Cornavirus remains on the rise in Iraq, OXFAM notes the way the disease is effecting Iraqi women, Turkey continues to terrorize Iraq, UK military members whisper about a whitewash, and much more.

In Iraq, the coronavirus continues to claim lives.  Football legend Ahmed Radhi is the most famous victim so far but he is one of many who have perished in the pandemic. Hiwa Shilani (KURDISTAN 24) reports:

On Monday, the Iraqi Ministry of Health and Environment announced that 67 deaths and 1,808 new coronavirus infections had been recorded in the country over the past 24 hours.
The ministry in a statement noted that 10,075 laboratory tests had been carried out over the last day, increasing the total number of medical tests conducted, since the disease first emerged in Iraq, to 455,316.
According to the ministry’s latest figures, there has been a total of 32,676 confirmed cases of COVID-19 in Iraq, including 1,167 deaths, 14,785 recoveries, with 16,724 cases still active, in which individuals are receiving medical care, with 222 of them in intensive care.
The Health Ministry of the Kurdistan Regional Government (KRG) also announced on Monday that there has been eight deaths over the past 24 hours in the Kurdistan Region, along with 299 new cases.

OXFAM has released a paper on the coronavirus in Iraq and they note, "This gender analysis shows that women in three sample areas of Iraq are facing an increase in the burden of domestic work and caring responsibilities, a heightened risk of domestic violence and gender-based violence, and greater loss of economic livelihoods and autonomy than men. They also face greater difficulties in accessing healthcare and support services, due to restrictions on movement and constrictive social norms, have limited decision-making power, and lack the information on coronavirus itself which should help keep them safe."  From the paper:


The situation of Iraqi women was already precarious before the pandemic. Years of socio-economic and political instability have led to a deterioration in the rights, well-being and representation of women in Iraq. The results of the gender analysis confirm these worrying trends: women and girls are more at risk and withstand more pressure during this pandemic.
Women bear most of the burden of cleaning the house, preparing food, and taking care of children and sick people. While women used to spend on average more than six hours a day performing unpaid activities, their burden is likely to increase due to the COVID-19 pandemic.
Women and girls face increased risks of violence during the pandemic. With most incidents of gender-based violence occurring in the home, the lockdown is likely to put women at increased risk of violence. A majority of the interviewees think that women and children are facing increased protection risks as a result of the coronavirus pandemic. However, GBV survivors lack access to the support they need.
Women have less access to information on COVID-19 than men and are more likely to be unable to protect themselves from the disease. While most respondents felt suitable informed about COVID-19 guidelines, from watching TV or social media, many felt they were unable to carry out the preventative measures due to lack of resources to purchase the necessary items.
Women's incomes and livelihoods are more affected by coronavirus prevention measures than those of men. Between 15 and 30% of the women surveyed had some form of economic activity before the crisis. Most of them were not able to maintain this since the outbreak.
Access to sexual and reproductive health services is extremely limited, putting women at risk of mortality and morbidity that could otherwise be avoided. A shortage of contraceptive supplies, fear of contracting the virus in the health facilities and movement restrictions are among the key factors impacting women's sexual and reproductive health during the pandemic.
The current pandemic presents unprecedented challenges for women's health, livelihoods, safety and representation.
We call on public authorities and humanitarian actors to protect women from physical, psychological and economic violence, to enhance their participation in the COVID-19 response and to provide gender-sensitive interventions.

According to worldwide projections by UNFPA, '31 million additional cases of gender-based violence can be expected to occur if the lockdown continues for at least 6 months. For every 3 months the lockdown continues, an additional 15 million extra cases of gender-based violence are expected.'One in five Iraqi women and girls (21%) aged 15–49 were subjected to physical domestic violence in 2008. In a 2012 survey, 73% of women aged 15–45 reported that the perpetrator of domestic violence was their husband, followed by their father (53%), then other family members (43%). With most incidents of gender-based violence occurring in the home, lockdown measures to prevent the transmission of coronavirus are likely to put women at increased risk of violence.

Coronavirus was hardly the start of gendered discrimination and violence in Iraq. Women across the country have been faced with increased precarity due to years of conflict, socio-economic and political instability.

Several high profile cases of gender-based violence in Iraq and the Kurdistan Region made headlines during the last several months, in line with news of a rise in domestic violence during coronavirus lockdowns around the globe.

According to the United Nations, 46 percent of married women in Iraq have survived some form of abuse at home, of which a third report physical and sexual assault.

A participant in Oxfam’s survey attributes the increase in domestic violence to men not being able to go work or socialize, leading to a spiral of economic hardship and frustration.

"Men have little patience. […] Before, when men got angry they could go out and after a while forget about the issue, but now they can't go out and [they] have to stay together, and that creates more tension,” one male respondent, aged 36, told Oxfam researchers.

Iraq does not have any specific laws to protect against gender-based violence, which disproportionately affects women.

Several UN agencies in April called on the Iraqi Parliament to rapidly adopt an Anti-Domestic Violence Law amid the reported rise in domestic violence during the COVID-19 lockdown.

No surprise that the Anti-Domestic Violence Law has yet to be adopted, nothing seems to take place in Iraq.

How bad is the corruption?  Listen to MP Majida al Tamimi explain it.  "Even the traffic fines," she says, "how much of this do you think actually goes towards the budget?"

The corruption never ends and the Iraqi people never have their needs met -- not even basic needs like water they can drink.  Azhar Al-Ruabie (AL-MONITOR) reports:

Iraq's third-largest city, Basra, was once called “Venice of the East” due to the numerous water canals and bridges meandering throughout the entire city. This description is no longer true, as the Shatt al-Arab ("Stream of the Arabs") and its branches have become polluted with algae, bacteria, chemical toxins, and waste products from humans, hospitals and factory residuals.
On June 1, Iraq’s Ministry of Water Resources announced that it has prepared a comprehensive plan to tackle the problem of salinity and environmental pollution in Basra province. The plan covers several measures, including building a dam in northern Basra to prevent river water from becoming further salinated.
Shatt al-Arab is a confluence of the Tigris and Euphrates rivers. But nowadays, what is flowing into Shatt al-Arab comes mostly from the Tigris River. This is because both rivers are witnessing decreasing rainfall, high temperatures over the past couple of years and the construction of dams along the two river streams. In turn, this has lowered Shatt al-Arab's share of water and polluted it with multiple contaminates.
Despite Basrawis living in a hydrocarbon-rich province, residents since 2011 have come together on the streets and in front of government buildings to demand rights such as clean water, health care, electricity, jobs, an end to corruption, and an end to foreign interference from the United States and Iran. Clean water was and still is their major demand, but no tangible measures have been taken.
In September 2018, Basrawis took to the streets to protest the government when more than 118,000 people in Basra suffered poisoning due to contaminated water. Health authorities and the High Commission for Human Rights announced that those admitted to hospitals in 2018 were experiencing severe diarrhea, vomiting, nausea and high fever.
Protest, demands, deaths.  None of it mattered.  The water issue has still not been addressed.  Iraqi politicians hide in the Green Zone to escape the wrath of the Iraqi people. 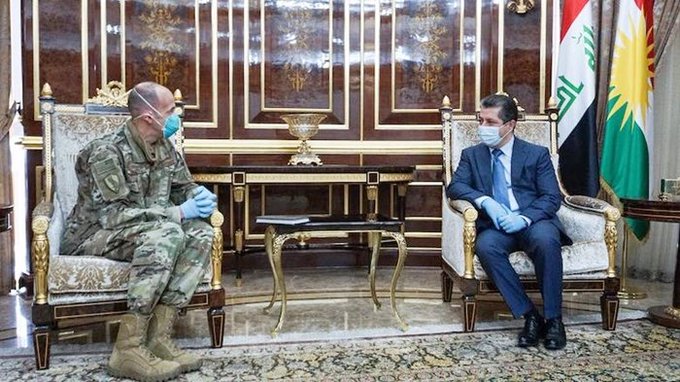 Dozens of civilians fled villages in northern Iraq on Monday as Turkey stepped up a military campaign targeting Kurdish rebels that has drawn condemnation from Iraqi officials.
Residents loaded trucks with their belongings and shepherds led livestock out of the Iraqi border village of Keshani as Turkish forces bombarded suspected positions of the Kurdistan Workers’ Party, or PKK, which has waged a decades-long insurgency against Turkey.
Turkey launched an air and ground offensive into the border region last week in a campaign to root out the PKK, which Ankara maintains has bases in northern Iraq. Those fleeing said they were afraid of airstrikes and Turkish troops entering their homes.
Iraq Tweets notes:

According to sources, Turkey has carried out air raids in the autonomous KRI due to claims of existence of PKK rebels in Iraq, but the victims of the past week were displaced Yazidis returning to Sinjar, displaced Assyrian Christians in Zakho, and Kurdish civilians in Dohuk/Erbil 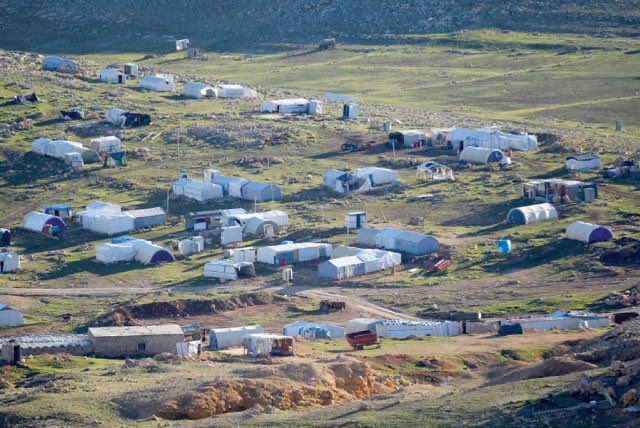 Senior army commanders pressured a junior officer to stop an internal investigation into a British war crime in Iraq, writing it off as an “unfortunate incident in war”, a former member of the Royal Military Police’s Special Investigations Branch (SIB) has told Declassified UK.
Another former senior SIB officer has said that British paratroopers should have been convicted of killing another Iraqi but they escaped punishment when a trial collapsed after failings in an SIB investigation.
Declassified UK has spoken to four former soldiers in the SIB, which deployed to the Iraq conflict in 2003 alongside conventional troops, ready to investigate serious incidents involving UK forces, including potential British war crimes. None wanted to be named.
Decisions were made not to send sufficiently qualified senior investigating officers to command the SIB during the invasion and early tours, the former SIB members said. This made it easier for the army’s senior command to influence the investigations into abuses and created a backlog of unresolved cases, they say.
“I did not feel qualified to deal with an investigation of this scale and did not have sufficient resources,” one of the unit’s leaders later said. The SIB should have sent their “A-team” to Iraq, but instead dispatched officers who were “completely unqualified” to lead serious investigations in a theatre of war, a former senior SIB officer told Declassified UK.
“They sent the wrong people… And to this day I don’t know why,” the source said. “The more I think about it, the more mad it becomes.”
The former senior SIB officer said that one would “absolutely 100%” expect to see more UK military prosecutions coming out of Iraq. He added, “You look at the amount of people who were prosecuted – virtually none. You know, how many people got away with murder?”