The faker and his fake ass life 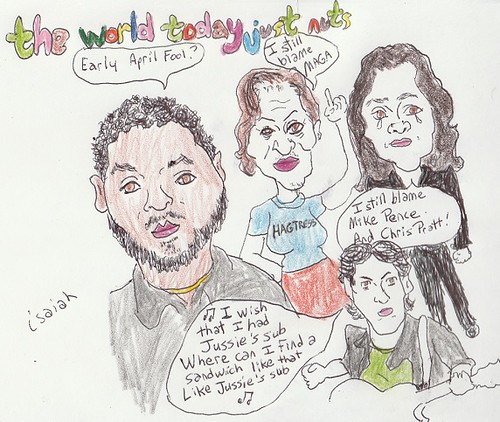 
Good for the brothers.  Bad for Jussie.  He never should have staged the attack.  Having staged it and lied about it, he then lied on stage about it and got a lot of praise when he should have been called out for his whole "I fought back" and "I'm the gay Tupac."

Then, eager for more attention, he goes on with Robin Roberts last week.

He is evil.  And sending that fake letter to himself (with the crushed aspirin) could land him federal charges.

It's time for Empire to fire him.  The season started with someone in a coffin.  Just make it Jamal and dump Jussie already.

If they don't, they're going to see a big walk away from the show.

He's a fake ass and we're not going to forgive him.  He needs to be fired now.  Otherwise, he's going to taint the show.

He has made it that much harder for any of us to be believed when we are the real victims of racism and hate crimes.  His lies have harmed our community.

He is no longer a part of it and Empire producers need to grasp that.

We will not forgive him.

He was always a question mark -- at least since he was insisting a few years back that Jamal (his character) would not have a White male lover.

That's when a few of us in the African-American community felt the need to ask: What the hell is his problem?

He won't have a White lover?  But in real life his father is White?

How much fakery and dishonesty is in Jussie?

Monday, February 18, 2019.  A lot of discussions about Iraq -- most of which leave out really key details.

What is becoming increasingly clear, however, is that rather than abandoning coalition objectives, President Donald Trump’s move may signal a subcontracting of anti-terror operations to Turkey. And, additionally, an opportunity for Turkey to extend its influence further.
As the political representative for Iraqi Shia cleric Moqtada al-Sadr, Dhiaa Al Asadi, tweeted : “Has the unaccomplished US Middle East Project been sub-contracted? Do we still keep the recorded history of the Ottomans and Safavids close at hand? We may need to revisit it soon.”

In other words, for many Middle East watchers, the arena has been left once again to two historical rivals. If in the past it was the Ottoman and Safavid empires vying for hegemony over the region, today it may be Ankara and Tehran competing.
Calls for a more robust Turkish engagement in the region are not new. Since the U.S.-led invasion of Iraq in 2003, these calls came mostly from neighboring Arab states fearful of Iran’s growing influence. The calls dissipated somewhat with the deterioration of relations between Turkey and Gulf Arab states, but there is a renewed interest of late for a larger Turkish role, particularly from marginalized Sunni communities in Iraq.

Iran and Iraq have many issues of disagreement -- not limited only to where the actual physical border should be drawn between the two.  They will get along and they will not get along.  That is the natural friction between the two.

The KRG has wink-wink allowed this behavior to continue.  This despite the outrage in northern Iraq over the deaths from these bombings -- bombings Turkey always claims target terrorists but bombings that leave villagers dead -- innocent civilians.

Whether or not Sunni communities are requesting it (only leading figures linked to Iraq's mafia have publicly made this call -- they're the gangsters who control the cement industry in Iraq), they are "marginalized."  They are not representative of Iraq nor do they control the Baghdad-based government (or the KRG government in northern Iraq).

Turkey's not going to be able to offer a stabilizing role while it continues bombing Iraq and launching raids into Iraq.

Ignoring all of these realities, Yusuf and Tanya argue:

Into this muddle, Turkey is well positioned to provide a helpful role by replacing an antagonistic United States by a less aggressive neighbor. According to high level sources in Ankara, part of the U.S.-Turkey agreement over Syria included an understanding that Turkey would try to moderate Tehran’s expansionist agenda in the region. Yet, a Turkish strategy of non-confrontational diplomatic cooperation and beneficial trade could achieve far more.


Turkey is not "a less aggressive neighbor" than the US.  The US-government installed the prime minister -- and all the ones that came before since 2003 -- and the Baghdad-based government depends on the presence of US forces to maintain their control.

The prime ministers have never wanted US forces to leave.  Nouri al-Maliki didn't want them to leave when he was prime minister.  While calling for their departure, he was meeting with US senators (including John McCain) and Secretary of Defense Leon Panetta (among others) explaining that what he wanted was more -- more! -- US troops.

They will posture and preen in public, but they are puppets and they are not elected by the Iraqi people so they fear being overthrown.

Interesting analysis of infighting between pro-Iran and pro-Sadr Shiite militias in Iraq. While most attention has focused on the Shiite vs. Sunni divide in Iraq, research shows inter- and intra-group violence often intertwined.
0 replies12 retweets17 likes

Earlier this month, Iraq’s paramilitary group raided the home of and arrested one of its own — a prominent and longtime paramilitary leader, Aws al-Khafaji. The Popular Mobilization Units (PMU) — an umbrella organization of about 50 predominantly Shiite paramilitary groups — has initiated a crackdown on groups.
The purging reveals an emerging reality in Iraq: The paramilitary groups that fought together against the Islamic State are competing against each other for power, legitimacy and resources. In this process, the PMU is further institutionalizing by centralizing power and the disparate groups that fall within its umbrella. This competition has profound implications for stability in post-Islamic State Iraq — and for how we should understand its emerging state.


First off, it's not surprising that in a power vacuum rivals will emerge and compete with one another.  Second off, and this is surprising, how do you write Aws al-Khafaji without explaining what happened to him?  No raiding his home and arresting him do not cover it.  Why did that happen?

Dropping back to the February 8th snapshot:


In Iraq, a death continues to garner attention. 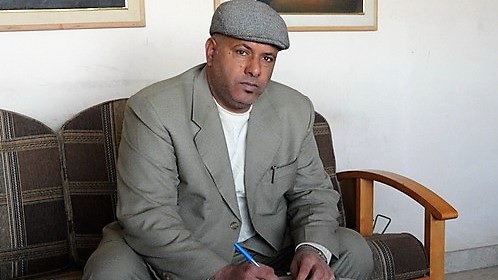 CIVICUS is saddened by the death of writer Dr. Alaa Mashthob Abboud, assassinated in #Baghdad last week. This is a violation on the rights to Freedom of Expression in #Iraq. We call for greater protections for those who speak boldly for freedoms in Iraq. 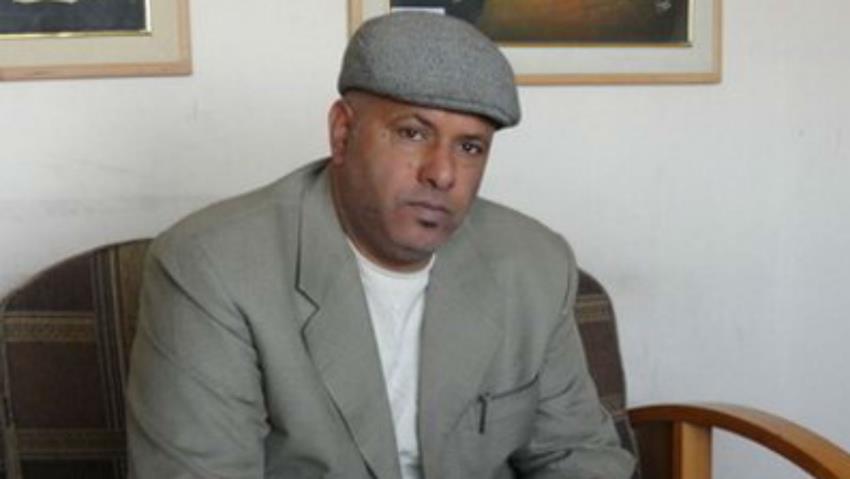 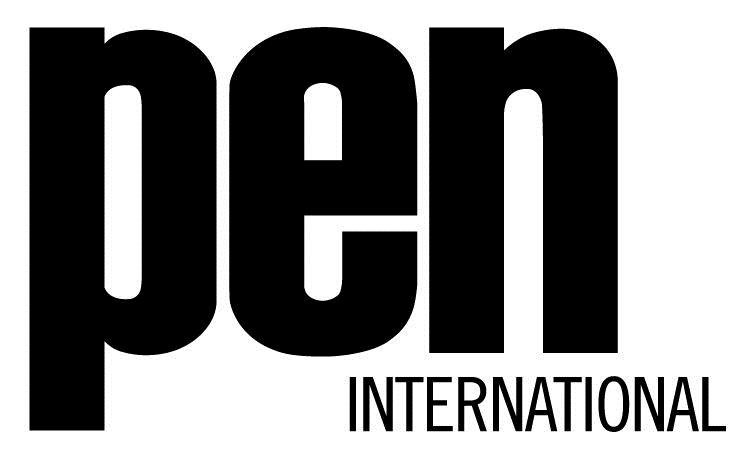 Leader of the Abu Al-Fadl Al-Abbas Forces of the Popular Mobilisation Forces, Aws al-Khafaji said on Wednesday that Iraqi renowned novelist Alaa Mashthob was assassinated because he had criticised Iran.
“My cousin, Alaa Mashthob wrote an article against Iran. Some men came and killed him in love of Iran,” he said, calling to reject all foreign presence and Iranian interventions in Iraq.

The remarks were too much and, apparently, had to be silenced.  KURDISTAN 24 reports:

Iraq’s Iranian-backed Hashd al-Shaabi militia on Thursday arrested the leader of the Abu al-Fadhl al-Abbas Brigade, Aws al-Khafaji, after he repeatedly criticized policies of neighboring Iran in his country.
A group of Hashd al-Shaabi fighters, also known as the Popular Mobilization Forces (PMF), stormed the headquarters of the Abu al-Fadhl al-Abbas Brigade in Baghdad’s Karrada district and arrested Khafaji.

Khafaji has long criticized Iran’s policies in Iraq and has repeatedly expressed disapproval of local clerics and leaders “exaggerating” in their defense of Iran. He has also been vocal about Iraq’s sovereignty needing to be “preserved and respected.”

It was Barack's puppet Hayder al-Abadi that took these militias and made them part of the Iraqi military forces.  Even bowing to them repeatedly, however, could not garner their support in the 2018 election.


So, according to him, militias linked to Iran killed his cousin, the famous novelist.  He states that and then they storm his home and arrest him.  That's a huge thing to ignore.


The PMU is not an organic being.  It was always factions.  They do not get along and they did not get along when they were fighting ISIS in Mosul.  It's silly to have ever pretended otherwise -- and we didn't here, check the archives.  You know who did pretend they were cohesive and all one?  That hideous Rukmini Callimachi.  Yes, she was hanging with them and dining with them and visiting their families and portraying them in THE NEW YORK TIMES as woodland creatures in an animated DISNEY film.  So cuddly and so cute.


MARTIN: So what happens to the U.S. forces there now?

ARRAF: So President Trump declared that he was pulling the forces out of Syria. But so far, there hasn't been a big draw-down. There has been a movement of equipment, and that equipment is coming across the border into a big base in Iraq in the western Al Anbar - in the middle of the desert, basically. But it's also the base where there would be, as is expected, a kind of ramped up effort to still fight ISIS but from Iraq, using that base in Iraq across the border.
And the Iraqis are doing a lot of this as well. They've coordinated with the Syrian government. And they now have the permission, approval and ability to launch strikes across the border into Syria. So Syrian withdrawal of U.S. forces from Syria is expected to go on, but it's not going on in a big, dramatic way at the moment.

MARTIN: President Trump tweeted that countries have to take back the foreign fighters. Now, what's behind that?

ARRAF: So the issue with these foreign fighters is that the forces that are backed by the U.S. that are now faced with the U.S. withdrawing - and they've been fighting ISIS in Syria. They're mostly Syrian-Kurdish forces. They're saying basically that they can't hold these people. They have about 800 foreign fighters. And these fighters have come from, you know, any number of 120 countries when they flooded into the caliphate when it was still going strong.
So they're saying that they can't really deal with them and that countries should take them back. A lot of countries are reluctant to take them back because once you get these people back, if you get them back, how do you actually prove that they've committed the crimes they're accused of committing? So they're essentially in limbo.