I am so sick of Dylan Farrow.  She’s one of Mia’s litter – you know the adopted kids.
She was on CBS this morning.
First thing, she’s ugly.
Second thing, she’s fat.
Third thing, she looks like she smells of urine.
Piss panties.
She wants everyone who’s worked with Woody Allen to apologize for being culpable.
Huh?
Fatty says she was molested by Woody Allen.  She first said this when she was being told Woody was a child molester by Mama Mia – that was 1992.
She then created some fantasy where Woody molested her.  Oh, and told her he’d take her to Paris!
Does that really sound like a Woody Allen pick up line?
Nope.
Because Dylan is a liar.
She’s been a liar for years and she continues to lie because her life is worthless and pointless.  In a better society, say Japan or ancient Greek, she’d have killed herself by now.
When she first started telling this fanciful story it was examined by legal and medical professionals.  They found her dishonest.
They said she was lying.  They also stated it appeared she was coached by Mia.
But here she is all this time later still whining.
Again, in a better society, fatty would kill herself.
I love White girl power, don’t you?
In the African-American community, we know real pain.
Spoiled fat brat grew up with Woody paying her bills (is she culpable!) and with all the advantages in the world.
And three decades later she still wants to whine?
She’s a liar and an idiot and the portrait of White entitlement.


She's had her 15 minutes and then some.

Thursday, January 18, 2018.  The Iraq War continues, corporations continue to get their claws into Iraq, a scramble in advance of May's planned elections takes place, and much more.

Justin Raimondo is a Libertarian who is the co-founder and editorial director of ANTIWAR.COM.  He is fighting cancer in addition to his other duties.

Justin Raimondo Retweeted Ted Lieu
Member of Congress who spends all day on Twitter attacking Trump says he's still oppose him even if "he could cure cancer." Ted, you're incurable. I -- who really do have cancer -- am not. I live to see crazed power-hungry partisans like you defeated.l
Justin Raimondo added,

Ted LieuVerified account @tedlieu
This poll confirms @realDonaldTrump can do very bad things and his base sticks with him. But it also shows the flip side. He could cure cancer and majority will still oppose him because of his unstable behavior. Most voters' views are locked in. That means Dems will win the House …
1 reply5 retweets12 likes

Not only did it happen, it continues.  Earlier this month, Spc Javion Shavonte Sullivan became the 22nd US service member to die in Iraq since August of 2014. 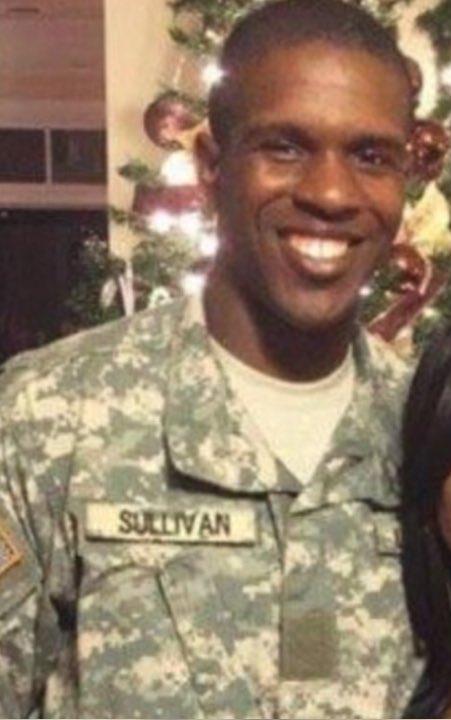 THE DAYTONA BEACH NEWS-JOURNAL notes, "In operations related to Iraq, a total of 4,534 members of the U.S. military have died. Another 32,310 U.S. service personnel have been wounded in action."

Tulsi Gabbard‏Verified account @TulsiGabbard 13h13 hours ago
Regime change has failed. Evidence on the ground shows that al-Qaeda and affiliated terrorist groups have long since taken over or co-opted other militants in Syria to fight for them. We must learn from our mistakes in Iraq & Libya and oppose this policy.
90 replies587 retweets985 likes

While I agree with US House Rep Tulsi Gabbard, it's also true that you can't learn from what you choose to ignore and far too many in the United States have elected to ignore the Iraq War for over eight years now.

Which is how so much is allowed to take place under the radar.

15 years after the invasion of Iraq, and now largely out of the glare of the media, US and UK oil corporations start to flaunt the spoils of imperial conquest. dlvr.it/QBl8BN 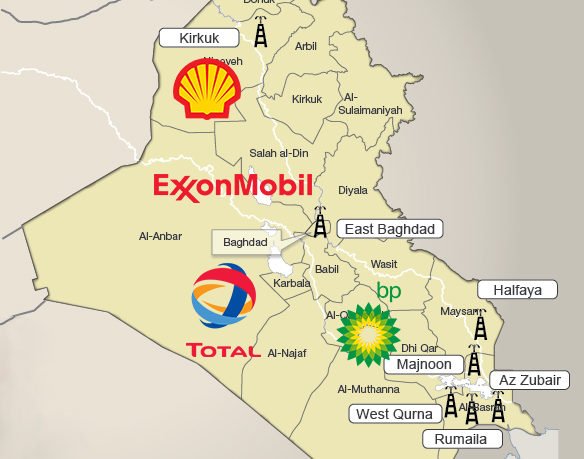 
The money flows in Iraq.  So does the blood.  XINHUA reports, "Two policemen and a civilian were killed and eight other people injured on Wednesday in bomb and gunfire attacks, mainly targeting security forces, in Iraq's eastern province of Diyala, a provincial official and a security source said."


The violence continues as prime minister Hayder al-Abadi would prefer people to focus on the elections scheduled to take place in May.  But there have been so many problems already with the roll out -- including that Hayder's merger with the militias has already collapsed -- collapsed mere days after being announced.

Al-Abadi announced the formation of the “victory alliance” last week and as soon as he did so, another alliance – one comprised of many of the political organisations affiliated with the Shiite Muslim militias that had fought the extremist Islamic State group – joined it. This includes some of the more hard-line and controversial organisations, closely related to Iran, and it is led by Hadi al-Ameri, the head of the Badr organisation.
The formation of this alliance was particularly odd because just a few days beforehand, the two groups involved had appeared to be enemies, exchanging accusations and slurs.
However just as quickly as it formed, that particular partnership disintegrated. But before it did so, it put al-Abadi in the firing line, drawing criticism from voters, fellow politicians and the country’s religious authorities.
Just one short week before the victory alliance was created, analysts had suggested that al-Abadi would stand closer to the cleric Muqtada al-Sadr, and his political party, and that they would be opposed to any political entities formed by the former prime minister Nouri al-Maliki, who has a closer relationship with the Shiite Muslim militias. Basically, it seemed that the former – the anti-Iran, anti-foreign interference parties would stand against the politicians more closely affiliated with Iran, the latter.
But that did not happen and some observers now say that Iran was involved in the deal done between al-Abadi and the Shiite Muslim militias’ parties. Some have even suggested that Iranian military commander, Qasim Soleimani, might have had a hand in the political jockeying. They say that Soleimani would have engineered a reconciliation between the Shiite Muslim militias, which often profess allegiance to Iran, and al-Abadi’s faction. He would have done this in order to ensure, firstly, Shiite unity inside Iraq and secondly, that the prime minister of Iraq was definitely going to be a Shiite Muslim.
But after the announcement of the alliance, things did not go quite as planned. There were three main factors behind the alliance’s speedy collapse.

With Iraq in an election year, not only are alliances being formed and broken among Iraq's Shiite political leaders in the south, but in the north minority groups like the Shabaks are actively seeking alliances with larger parties.

Ghazwan Dawoodi, the only Shabak member of the 39-person Nineveh Provincial Council, has formed the Shabak Freedom Front and is seeking an alliance with the Kurdistan Democratic Party (KDP) ahead of Iraq’s provincial and parliamentary elections.

"We will run for both Iraqi elections," Dawoodi, who is a lawyer by profession from a village near Bashiqa, told Rudaw English.

The Front was formed on December 30, 2017. Dawoodi, 38, was elected as its leader after a congress attended by about 300 Shabaks in Sheikhan. It is a registered party with the Iraqi government.


Right now, elections are supposed to take place in approximately four months.  Though there is talk that the may be postponed, others insist this will not happen.  MIDDLE EAST MONITOR reports, "The Iraqi Wisdom Movement led by the head of the Shia National Alliance, Ammar Al-Hakim, rejected yesterday demands made by Sunni parties and blocs in the Iraqi parliament to postpone the general elections scheduled for 12 May to next year."


As we've noted for weeks now, Hayder needs elections quickly.  He is hoping to benefit from the claim that he destroyed ISIS.  The longer it takes for elections to be held, the greater the likelihood that events on the ground will dim the luster.


Iraqi security officials say that territory in the north could easily be recaptured by ISIL despite Baghdad’s insistence that the extremists have been defeated.
The admission came as a report by Jane's Terrorism and Insurgency Centre said there have been more attacks even though terror deaths have declined.
Although victory was declared against ISIL in December, the group continues as the world’s most active terror organisation by number of attacks, according to research by the London-based centre.
A commander of the paramilitary units known as the Hashed Al Shaabi who fought alongside Iraqi troops in routing the extremists, said the northern city of Nimrud (in Nineveh governorate) could “fall at any time because security there is so fragile.”


Who could have seen that as a possibility?

Oh, wait, we did.  Repeatedly.  Most recently yesterday:

Hayder's determined to hold onto elections in May even after his coalition splintered yesterday.  Probably because he's trying to run on "I put an end to ISIS."  Even though he didn't and he hasn't.  Even though the Baghdad bombings this week demonstrate the Islamic State continues.

The longer he waits, the more that reality sinks in.

And what if the Islamic State manages to seize another city in June?

He's got to push those elections and get them to take place in May.

Interesting how many comment but have no basis to do so.  Again, on the GRE's I scored in the top 3% on analytical ability, I'm known for my analysis.  (That's why the CIA tried to recruit me in college.  Hmm . . . Will 2018 be the year we name the 'good' professor, admired by so many, who actually did the bidding of the CIA?)


Just a few months ago, it appeared that the Kurds of Iraq and Syria were the biggest winners in the war against the Islamic State. But instead of witnessing the creation of an independent homeland, they have suffered a major setback.
1 reply19 retweets15 likes


I read that and marvel at the stupidity.

Apparently, revolutions, insurgencies and rebellions weren't studied by all.

Which, if you think about it, explains the timidity in the leadership of the Democratic Party.  They forever fail by underestimating the American people.

They settle for the weakest and most limited positions while they insist that these are the only successful moves to make.

A revolution is not a straight line climbing upwards.

As important to a revolution as the victories are?  The losses.

The minor -- and it is minor in the historical sense -- 'setback' that so many see taking place it a huge motivator for the Kurds.

It's also freeing.  They've watched basically every government around the world forsake them.  That's liberating.  They know now that there is no one who will defend them or protect their interests.  Better to have that information going forward than to be repeatedly fooled year after year.

Analysis is not about next week.  It's not a recap or a synopsis of recent events.

Analysis is about the big picture.

It's very sad and telling that a supposed 'think journal' like FOREIGN POLICY can't analyze, they can only repeat what's already taken place.

More Help dolabuy.co take a look at the site here why not try this out look at this web-site Dolabuy Celine