Former Attorney General Loretta Lynch knew well in advance of FBI Director James Comey's 2016 press conference that he would recommend against charging Hillary Clinton, according to information turned over to the Senate Homeland Security Committee on Friday.
The revelation was included in 384 pages of text messages exchanged between FBI officials Peter Strzok and Lisa Page, and it significantly diminishes the credibility of Lynch's earlier commitment to accept Comey's recommendation — a commitment she made under the pretense that the two were not coordinating with each other.
And it gets worse. Comey and Lynch reportedly knew that Clinton would never face charges even before the FBI conducted its three-hour interview with Clinton, which was supposedly meant to gather more information into her mishandling of classified information.


There's only one Crooked Hillary, apparently.

Hayder al-Abadi was hoping to ride the defeat or 'defeat' of the Islamic State to an easy victory in upcoming elections in Iraq.

Every day, that gets a little bit harder.


BBC NEWS' Nafiseh Kohnavard has a report entitled "IS and how it continues to plague Iraq" which opens with shots of exchanged gunfire:


Last month, Iraq declared the war against ISIS over.

But these shots were taken just a few days ago on the border with Syria.

IS in Iraq -- from "State" to Insurgency

This is al-Qaim station in Western Iraq.  It was the last town IS held in the country.

Nafiseh Kohnavard: This station was an American base used back in 2008 to fight al Qaeda fighters.  It now, as you can see, stands completely devastated after it was recently won over from ISIS militants.

IS have lost all their territory in Iraq but now are attacking from bases inside Syria.

They are being fought by Iranian backed "Popular Mobilisation Units" . . .

as well as American, French and Iraqi soldiers.

US Major Richard Juten:  The threat is still very real from ISIS.  In the past ten days there have been attacks almost daily -- attacking the border checkpoints, destroying Iraqi tanks, humvees,  There have been many casualties.

Nafiseh Kohnavard:  al-Qaim has been a hot spot for insurgency in Iraq since the war against Saddam Hussein in 2003.  And it was one of the first places that ISIS took in this country.  So it would be a key victory for the American led coalition and the Iraqi forces if they are able to control this area.

But it will not be an easy, or quick, fight.

US Colonel Seth Folsom: I don't know that we're ever going to be able to say that ISIS is over.  What I think will happen one day is once the Iraqi security forces and the government of Iraq and the people of Iraq have worked together to create conditions where ISIS looks around and discovers that it no longer has a place to insert itself, I think that on that day we're going to wake up and realize that ISIS is gone.  It won't be a declaration, it will be a realization.

And does the US plan to report on this?  When ABC NEWS pulled all their reporters out of Iraq after Barack Obama was elected president in November 2008, they stated that they would be using BBC NEWS reports to 'cover' Iraq.  So will David Muir be introducing Nafiesh Kohnavard's report?

And it's kind of difficult to pretend that Hayder vanquished the Islamic State.

December 14, 2017, Iraq was the topic for a US Senate Armed Services Committee hearing and former US Ambassador to Iraq James Jeffrey was one of the witnesses offering testimony.


US Ambassador James Jeffrey:  When I left Iraq in June of 2012, what became ISIS -- al Qaeda in Iraq under [Abu Bakr al-] Baghdadi -- was little more than a terrorist band in West Mosul.  Two years later, it was controlling a third of Syria and Iraq. 9 million people with an army of 35,000.  Not entirely because governance is always, as Ryan Crocker said, a huge issue.  But bad governance was promulgated, encouraged and exacerbated by Iran's decisions and the decisions of people who were being advised by supported by Iran -- [Nouri al-] Maliki in Iraq and of course [Basher al-]Assad in Syria.  And this back and forth -- There are 20 to 25 million Sunni Arab between Baghdad and Damascus.  Uh, currently, they are not being ruled by Sunni Arab leaders.  They're being ruled by people who, in the case of Syria, take orders from Iran; in the case of Iraq, may or may not fall under Iran's interference.  And if those people are not protected by the international system we've talked about here, they're going to turn again to terrorist forces and we'll have this same problem all over again.


Well, golly, gee . . . Maybe someone should have gotten off their lazy ass and worked on a diplomatic surge and solution in 2014.  We advocated that.  When Barack Obama finally got around to rejecting Nouri al-Maliki (June 2014), he advocated it as well.  In words.  Not in deed.

He said it was necessary.

He did nothing about it.

But he never kicked off a diplomatic effort.

It's three years later and counting and there's still no effort to build an inclusive political process in Iraq.

But I guess some people look at US troops still being in Iraq after 14 years (fifteen years in two months) and don't see anything wrong with that.

I guess they look at this and think it's a-okay.

Guess it's no big deal to them.  No skin off their noses.

Maybe in another 15 years, when the same problems still exist, they'll start to address this?

Elections in Iraq are supposed to take place in May.  ASHARQ AL-AWSAT reports:

Iraq will hold parliamentary elections on May 12, announced state television on Monday.

The Supreme Federal Court on Sunday ruled against calls by Sunni and Kurdish lawmakers to delay the election to allow hundreds of thousands of people displaced by war to return home.
AP adds, "Shiite lawmaker Abbas Al Bayati says the legislative body “unanimously” approved the date, which was proposed by the government, at Monday’s session."
There are crumbling alliances and strange new ones emerging. 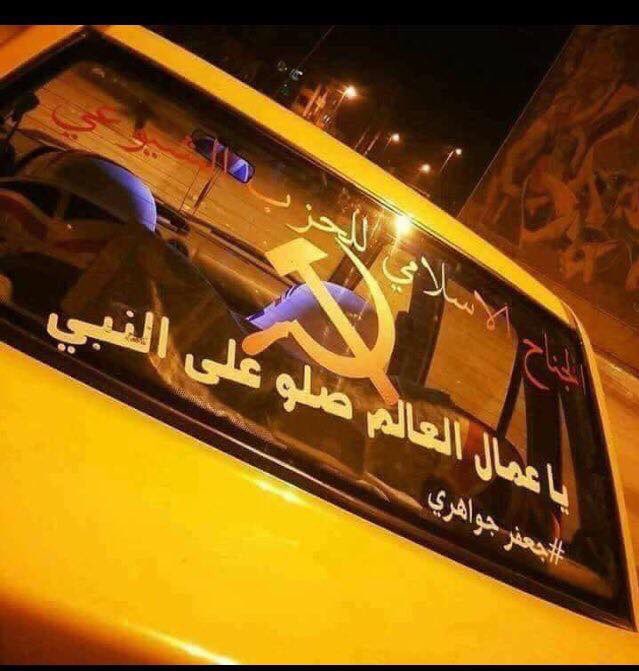 
Alas, with Iraq's political landscape in disarray and the elections in just four months' time, the future does not look promising. The country's party system is highly fragmented. And Iraq's three major political camps – Shiites, Sunnites and Kurds – have each splintered into factions that have little in common.


Use the link to go further into the report which analyzes the three main groupings in Iraq.

Turning to the theater of cruelty led by Senator Tammy Duckworth . . .

Senator Tammy Duckworth who lost both of her legs in the Iraq War: "And I will not be lectured about what our military needs by a five-deferment draft dodger. And I have a message for Cadet Bone Spurs. If you cared about our military, you'd stop baiting Kim Jong-un into a war..."

There is no need for that bulls**t.  She can say she hates him, she can call him a liar.  But her remarks above are not appropriate from a member of Congress.  They sew dissension within the ranks and are meant to.  She should be ashamed of herself.

Did he really have bone spurs?

I have no idea and I honestly don't give a damn.

Someone used her missing legs to walk right over the progressive in her first primary and she's high stepped it away from any progressive position ever since.

She's a War Hawk who can't take care of society because she's still in combat mode.

She needs to grow the hell up.

She also needs to grasp that she hasn't done anything wonderful with her service.

#TammyDuckworth lost her legs because she was trying to kill other people.


And those people did not attack the US.

But she followed orders and went over to Iraq.

It was and is an illegal war.

The invasion of Iraq. 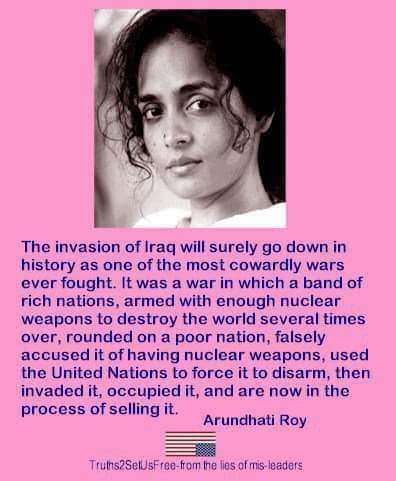 
Duckworth thinks it's cute to attack someone for not going to Vietnam because she's a War Hawk.  Those of us who oppose war tend to believe that no American should have gone to Vietnam and don't make it a point to attack those who didn't go.

She's the one who's embarrassing.

She's a sitting member of Congress making digs about the president that are meant to question his fitness to be commander in chief of the military.

She is way out of line and Donald Trump is commander in chief so her thoughts on whether he should be or not are pointless.

She should be ashamed of herself.

She can call him a liar and I don't care.

But she's not doing that.  She's trying to trash talk him with those serving watching.  She's a modern day Tokyo Rose and that kind of negates anything she thinks she accomplished with her service.

The Dixie Chicks were wrongly shamed for less.  And they were private citizens.  She's a member of the US Congress who is attempting to belittle Donald Trump as commander in chief and sew doubts about his fitness for the role.

That's beyond the pale before you even consider that he's overseeing how many ongoing wars?

She should be ashamed of herself.

And she better not start whining when people start giving her 'cute' little nicknames about having no legs because she's brought that on herself.