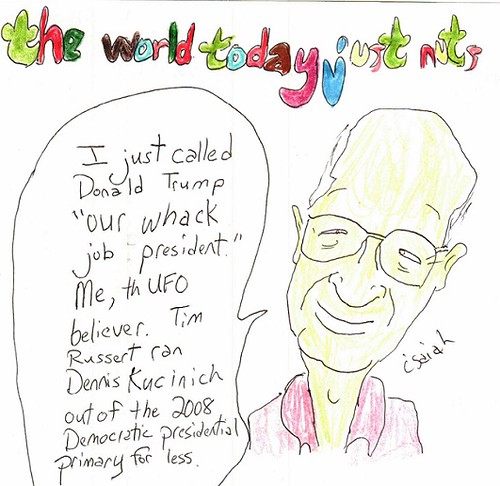 Other things going up?

Official music videos for five songs from Prince's iconic album Purple Rain appeared on YouTube and Vevo Friday, the latest event in a general expansion of the availability of the Purple One's music since his death more than a year ago. An official Prince channel on each site now features music videos for the singles "When Doves Cry" and "Let's Go Crazy," along with electric live performance clips of "Take Me With U," "I Would Die 4 U" and a ridiculously funky, 13-minute version of "Baby I'm A Star."

Videos shouldn't be taken down.

When Prince died, those of us who knew his music felt the loss.

But there were some 20 somethings I knew who didn't know who Prince was.

(I know, how does that happen?)

Prince has so many great songs and the world needs to have the chance to get to know them.

Here are my 20 favorite Prince songs:

The Iraq War was built and based on lies.

And yet so many idiots step forward today convinced they can re-write history.


USMCSS‏ @USMC_DD  12h12 hours ago
#FACT The CIA NEVER said there were WMD in Iraq, that was the Whitehouse who LIED, Bush lied. So Trumps lying 2 times. We know its Russia!!!
23 replies199 retweets395 likes


Bush turned to Tenet. “I’ve been told all this intelligence about having WMD and this is the best we’ve got?”
From the end of one of the couches in the Oval Office, Tenet rose up, threw his arms in the air. “It’s a slam dunk case!” the DCI said.
Bush pressed, “George, how confident are you?”
Tenet, a basketball fan who attended as many home games of his alma mater Georgetown as possible, leaned forward and threw his arms up again. “Don’t worry, it’s a slam dunk!”

Former CIA director George Tenet will likely never live down having called the intelligence on Saddam Hussein’s WMD a “slam dunk.”
But former CIA deputy director Mike Morell, in his book, “The Great War of Our Time,” defends Tenet.
“When we wrote pieces for the president, the analysts wrote with authority on the [weapons of mass destruction] issue,” Morell writes. “This is why I personally never found fault with George Tenet’s alleged “slam dunk” comment.”

“The way the [intelligence] analysts talked and wrote about their judgments,” Morell adds, “would have led anyone to think it was a slam dunk— that is, that Saddam definitely had active WMD programs. No one ever said to me, [agency analyst Jami] Miscik, [ex-director John] McLaughlin, Tenet, [Condoleezza] Rice, or the president, ‘You know, there is a chance he might not have them.’ Such a statement would have gotten everyone’s attention,”  Morell writes.


Still, at CIA headquarters, Tenet's team was about to make a historic blunder of its own. The CIA produced its evaluation of Iraqi weapons of mass destruction in a secret report called a "National Intelligence Estimate."
"The first key judgment in the national intelligence estimate says, quote, 'Baghdad has chemical and biological weapons.' Period," Pelley says.
"High confidence judgment," Tenet replies.
How could he make such a bold statement? Says Tenet, "We believed he had chemical and biological weapons."
"But there was no hard evidence," Pelley remarks.
"No, no. There was lots of data. There's lots of technical data," Tenet says. "So you put all of this together, it's not evidence in the court of law. Remember, when you write an estimate, when you estimate, you're writing what you don't know. You might win a civil case. Huh? You're not gonna win a criminal case, in terms of evidence."
"We are going to war. Tens of thousands of people are going to be killed. And you're telling me you had evidence to prove a civil case, not a criminal case?" Pelley asks,
"Well, as you know, hindsight is perfect. The public face on this what we wrote on weapons of mass destruction and for professionals, who pride themselves on being right, this is a very painful experience for us," Tenet acknowledges.


Now what did the Tweet say again?  "FACT, The CIA NEVER said there were WMD in Iraq, that was thee Whitehouse who LIED, Bush lied."


Bully Boy Bush is a liar -- and a War Criminal.  That does not change the fact that Tenet and Morell -- top two at the CIA -- in their own words say and said that Iraq had WMD.

I'm sorry that you're so shrill and hysterical but that does not give you the right to re-write history.

I also have to wonder about his followers.

No one gave him a heads up?

I got a heads up.

Community member Lewis e-mailed July 5th asking if the numbers of The Mosul Slog were correct?

I hadn't checked in forever and as I always note "Check my math!"

So yesterday I counted them one by one: 262.

This was updated in the snapshot to read: "**262**" and the plan was to scan the calendar sheets last night.

When we got done speaking, I honestly fell asleep.  I didn't get undressed, I didn't wash my face, I lay down on the bed for what I thought was a second and then was out cold until this morning.  I'll try to scan them and post them tonight but it will be up by Saturday at the latest.

Thank you to Lewis for raising the issue.  I was off six days (yesterday's snapshot originally had 256).   My apologies for my error.

Yes, the slog slogs on.

In a new paper (for RADDINGTON REPORT), Emma Skye observes:


The Islamic State (ISIS), which had in its grasp a full third of Iraq as recently as 2014, is likely to lose hold of all its territory in the country by the end of this year. Fighting block by block, Iraqi special forces have made steady progress in cutting through ISIS-held territory, including liberating nearly all of ISIS’ final bastion in Mosul. The troops have suffered significant casualties since their assault to retake Mosul last October, as ISIS mounted a fierce defense using suicide attacks, snipers, roadside bombs, mortars and machine guns. However, Iraqi forces have all but won the immediate battle in the country’s second city. Several thousand ISIS fighters in Mosul have been removed from the battlefield through death or injury, which is only one small part of the more than 60,000 militants that are estimated to have been killed since the war against the Islamist group began. But a couple hundred ISIS fighters are still believed to be in Mosul, using a network of tunnels to escape detection. In addition, they are living among thousands of civilians, who face shortages of food, water, medicine and fuel as the city’s siege tightens.
Celebrations at the demise of the caliphate in Iraq may well be short-lived. A loose coalition of forces found a common objective in working together to fight ISIS, but there is no agreement on what comes next — nor on how Iraq should be governed. And the signs are worrying: there seems to be little willingness to address the conditions that gave rise to ISIS in the first place.

And despite then-President Barack Obama's speech on July 19, 2014 insisting Iraq needed a political solution to address its crises, the US government has instead focused all efforts on military actions.


And the conditions that gave rise to ISIS cotninue to thrive in Iraq.


That was from yesterday's press briefing.  Nauert noted Iraq early on:

The second thing that we have going on is Brett McGurk, our special presidential envoy for the global coalition to defeat ISIS, will host members of the coalition for a series of meetings in Washington, D.C. next week. This will be an opportunity for members to discuss the efforts to defeat ISIS, including maximizing pressure on its branches, on its affiliates, and on its networks. The coalition will discuss all aspects of our campaign, including stabilization support, counter-finance, foreign terror fighters, counter-messaging, among other things. The meetings are taking place at a key moment in the fight against ISIS. Just as ISIS is trying to stay alive, we remain dedicated in committing to defeating them. There is still a lot of work to be done, but the coalition has a strong and proven strategy committed to the total destruction of ISIS while in parallel preparing for the day after.

Another thing – and this is related to Iraq – and we are pleased to announce this: On July the 5th, Ambassador Silliman, our U.S. ambassador to Iraq, announced the U.S. Government’s intent to provide $150 million to the United Nations Development Program to support the Government of Iraq-identified stabilization priorities in the areas of Iraq that have been liberated from ISIS. The funds will support efforts to establish basic security, re-establish essential services, restore local economies, stabilize communities, and allow Iraqis to finally return home. This brings the United States commitment to stabilization programming in Iraq to more than $265 million over the past two years. The funds will be provided through USAID.

Two Iraqi journalists were killed and a third wounded in Friday while covering fierce clashes between the Islamic State (IS) militants and Iraqi forces at a village in Iraq's northern central province of Salahudin, a provincial security source told Xinhua.
The reporter Su'dad Faris and the photographer Harb Hazza', who work for Huna Salahudin satellite channel, were killed in the village of Imam Gharbi near the town of Shirqat, some 280 km north of Iraqi capital Baghdad, the source said on condition of anonymity.

And we'll close with this from the KRG:


And that you could lie like that without fear or remorse does not reflect well towards your character.