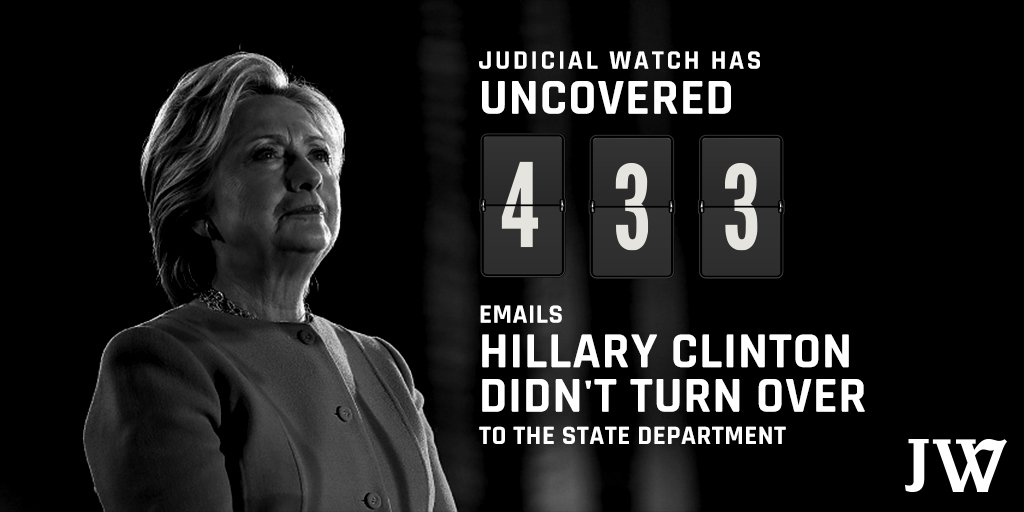 The State Department has opened a formal inquiry into whether former Secretary of State Hillary Clinton and her aides mishandled classified information while she was the nation’s top diplomat, Fox News has learned. Despite being under investigation, Clinton and her staffers still have security clearances to access sensitive government information.
The department’s investigation aims to determine whether Clinton and her closest aides violated government protocols by using her private server to receive, hold and transmit classified and top-secret government documents. The department declined to say when its inquiry began, but it follows the conclusion of the FBI’s probe into the matter, which did not result in any actions being taken against Clinton or any of her aides.

She deserves it for refusing to go away.

But we can’t stay friendly to Hillary forever. There’s a fine line—or maybe not even so fine a line—between boosting morale and monopolizing the spotlight. One reason Bill Clinton was able to make a name for himself decades ago was that previous candidates had the grace to get out of the way. Jimmy Carter and Walter Mondale and Michael Dukakis weren’t trying to place themselves at center stage during the campaign of 1992. The Clintons, by contrast, kept sticking around. When it comes to power, and a few other things, they can’t control their urges. As a friend of mine recently wrote to me in an e-mail, “They both had to be president?”


She needs to go away.

We don't need her anymore, she's too much baggage and too centrist.

Tuesday, June 20, 2017. Chaos and violence continue, two journalists are killed and two more injured, The Mosul Slog continues with no end in sight, and much more.

A landmine blast in the Iraqi city of Mosul has killed one Kurdish and one French journalist, as Iraq's forces push deeper into the last remaining areas held by ISIL fighters.
Kurdish reporter Bakhtiyar Addad, who was working with a French team as a fixer and interpreter, was killed in Monday's explosion, according to public broadcaster France Televisions and global journalist rights watchdog Reporters Without Borders.


“Not everybody can find the photos of French ISIS militants who are in Mosul,” read his last Facebook post on Thursday. “[Only] experts can do it. This is again helping the Republic of France to find them again. Some of these people are back in France. The Paris Match magazine got these photos through me.”

A video journalist who had covered a number of conflicts across the world, Villeneuve was filming a piece together with Veronique Robert on the battle of Mosul for French news programme Envoye Special, aired on public television channel France 2.
They were both taken to a hospital on a US military base following the explosion. 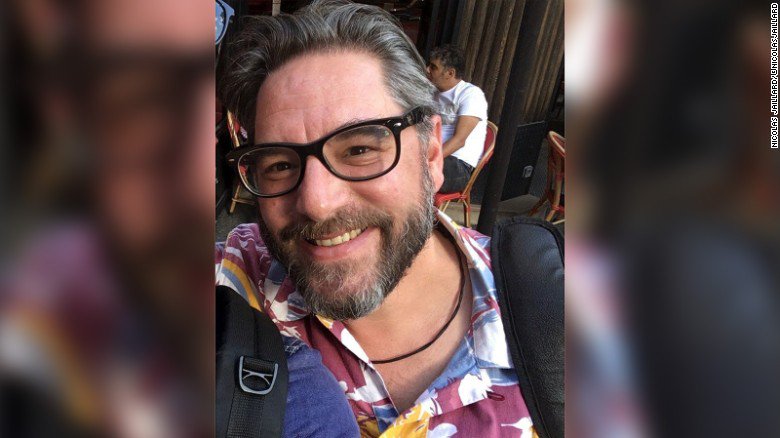 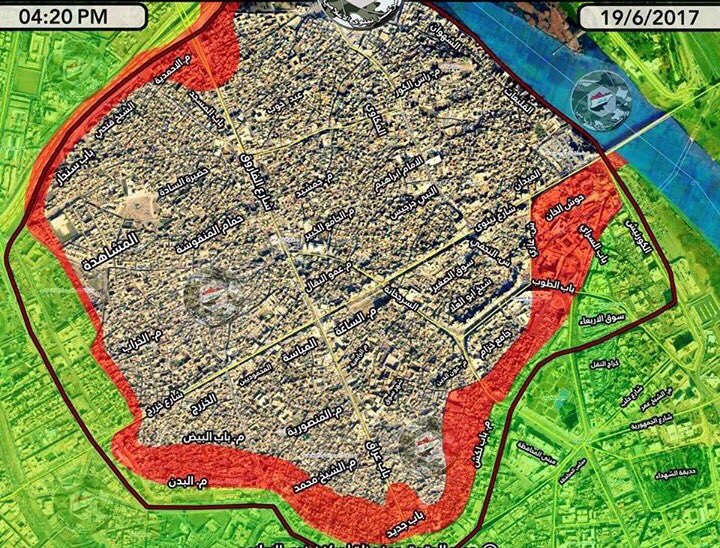 
Backed by US airstrikes, artillery and special forces “advisors,” Iraqi troops began storming Mosul’s crowded Old City, where the United Nations estimates that some 150,000 civilians are trapped under the siege.
Iraqi commanders have issued triumphalist statements hailing the offensive as the beginning of the end for the Islamic State of Iraq and Syria (ISIS), which took control of Iraq’s second-largest city after government troops melted away in the face of their advance in June 2014.
“This is the last chapter” in the battle for Mosul, Lt. Gen. Abdul Ghani al-Asadi, the commander of the Counter Terrorism Service (CTS), the elite US-trained unit that has borne the brunt of the fighting, told the media Sunday. He warned that he expects a “vicious and tough fight.”
How long this “last chapter” will last is by no means clear. Some commanders have predicted that it will take at least a month to retake the area. US-backed Iraqi forces began their siege of Mosul eight months ago. Since then, thousands of Iraqi civilians have died under US bombs, rockets and shells. The UN has confirmed the killing of 230 civilians in western Mosul during the last two weeks alone, undoubtedly a significant undercount of the real death toll. The rest of the population has been reduced to desperate conditions, without adequate food, water or medical aid.

This final stage of the battle may well prove the bloodiest. The Old City is the most densely populated area of Mosul, with narrow alleyways that will make an advance by infantry troops difficult. 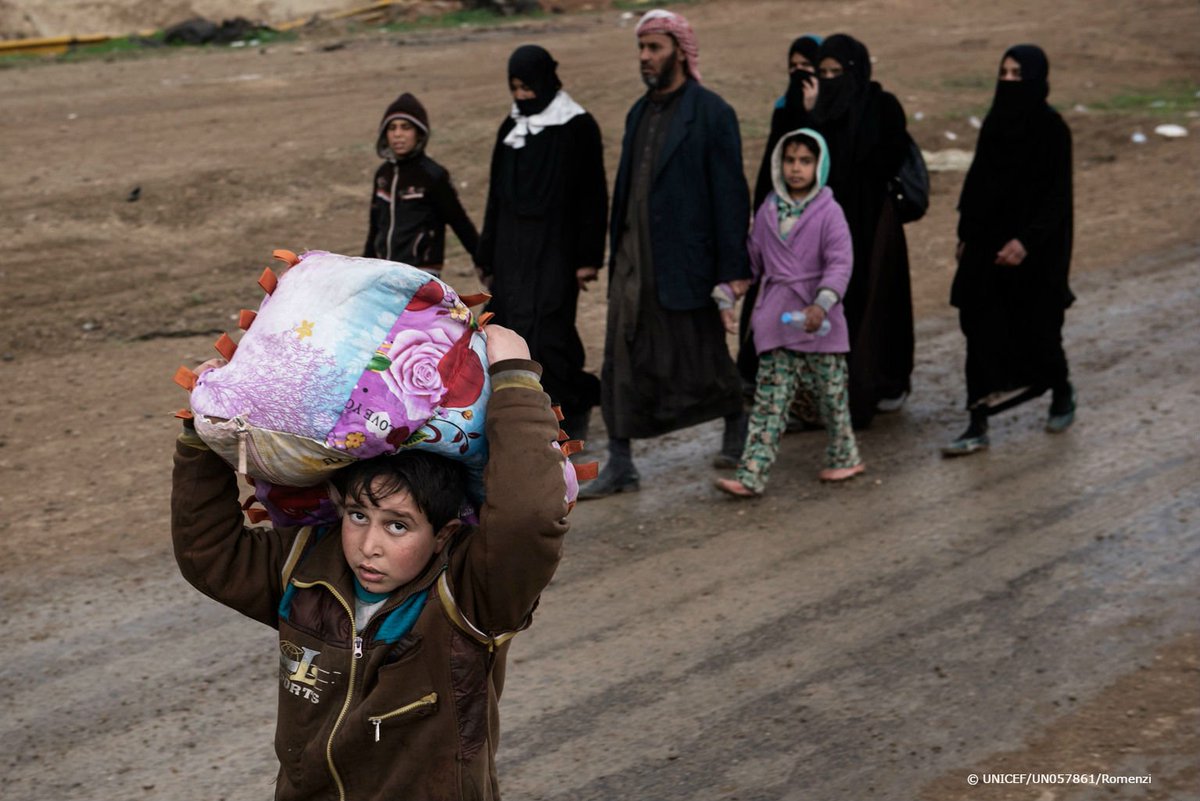 The operation that was supposed to last mere weeks.

And what has it accomplished?

What has been accomplished?


As the extremist group known as the Islamic State is driven out of the country, the Iraqi government is facing up to a new threat to its authority – this comes from the Shiite Muslim militias, once volunteers who came together to defend their towns against the Islamic State but who have since turned into a formidable, quasi-official fighting force.
The Shiite Muslim militias themselves are divided into three main groups, with some professing loyalty to the Iraqi government and the Shiite Muslim religious authorities in Najaf, while others openly admit they take orders from neighbouring Iran and Iranian clerics. A third group is affiliated with the Iraqi clerics, Muqtada al-Sadr or Ammar al-Hakim.
The factions loyal to Iran differ from the others in that they are the most well-armed and more powerful than the others. They are called the Walaei militias – the word means “loyal” – and they say that they prefer to obey Iran’s spiritual leader, the Ayatollah Ali Khamenei, and that they see Iraq and Syria as one military front, where they will continue to fight even after the Islamic State, or IS, group has been expelled.
One of the around 20 different groups associated with the Walaei militias is the Khorasani Brigade, who are closely associated with Iranian General Hamid Taghavi, a member of the Iranian Revolutionary Guard, who was killed fighting the IS group in northern Iraq in late 2014. Alongside pictures of Taghavi, the faction has idolizing pictures of Khamenei in its headquarters and on their military vehicles.
“I can openly say that we do not take our orders from the Iraqi government,” says Abu Hassan al-Atabi, one of the members of the brigade, speaking to NIQASH on the phone. “We fought in Iraq during these difficult times and we have fought to prevent the fall of Baghdad [to the IS group]. We will be present even after the extremists have been pushed out. The IS group is just one of our challenges,” he continued. “The conflict in the Middle East continues and we are ready to fight in Syria, Lebanon and Yemen, or any other country where there are terrorists.”

244 days -- and don't kid yourself that the Iraqi government's used this time to improve things politically.

They can't even hold elections.

Provincial elections were supposed to take place in April -- two months ago.

That did not happen.

They've now been pushed back to the fall though many observers feel even that is unrealistic and some are calling for them to take place in 2018 when national elections take place.

As usual, Nouri al-Maliki has ensured that his interests will be protected -- one of his stooges has been put in charge of the Independent High Electoral Commission.  Nouri's regularly used this 'independent' commission to decide who can and can't run.  As usual, the inept Saleh al-Mutlaq will cover his own ass and he's on the commission as well.  (Saleh's real good about making nice with Nouri and forgetting the election cycle that Nouri kicked him out.)


Nothing appears to have changed.

“There was oppression against the people of Mosul. Sixty percent of the army and police forces were ghost employees. This made it easier for ISIS to invade Mosul in a short period of time,” he said.

He criticizes the previous Iraqi government led by Nouri al-Maliki.

“From time to time, they were taking a group of people to outside Mosul and killing them for connections with al-Qaeda. This made the people of Mosul help ISIS militants who could then control the city easily,” he said.


All this time later, what's changed?