Maxine Waters once filled me pride.

She stood for something.

She stood for peace.

She stood for pride.

Now she's just ranting and raving like a crazy woman.

Glen Ford (Black Agenda Report) brings us up to speed:

When Maxine Waters goes gung-ho crazy for the War Party, it tells us that the Black political class -- overwhelmingly Democrats -- are utterly useless to any movement for peace and social justice. In the throes of a terminal case of “Anti-Russia Dementia,” otherwise known as “Putin Derangement Syndrome,” the California congresswoman told a Tax March crowd in front of the U.S. Capitol that President Trump and Russia’s Vladimir Putin somehow conspired to arrange both the chemical event that killed dozens in northern Syria and the U.S. missile strike on a Syrian military airfield that followed. In a interview with a Huffington Post reporter, Water said:
“I don’t believe there’s any real tension” between Trump and Putin. “I think they’re putting on a show. And I think Putin is gonna come back and make it look as if he’s gonna hold the line somewhat on Syria now, and then want something in exchange for that -- and that exchange is, lift the sanctions.”
Waters has clearly lost her mind, her brain operating at the cartoon level. But, her mental and moral disintegration differs only in degree from that of the Congressional Black Caucus as a body, which has been drifting to the dark side on war ever since the First Black President got his hands on the nuclear button. Even Barbara Lee, the only member of Congress to vote against the invasion of Afghanistan in 2001, appears to accept the manifestly false allegation that the Syrian military used chemical weapons in al-Qaida controlled Idlib province. She demands only that the U.S. Congress be allowed to play its part in the aggression.


If this is all we can expect from Maxine, she needs to leave Congress.

And take fake-ass Barbara Lee with her.

Wendesday, April 19, 2017.  Chaos and violence continue, The Mosul Slog continues, Jane Arraf continues to deceive and so much more.

Not a good time for Kenneth Roth.  He can't erase his past and he can't stop embarrassing himself in the present.


Replying to @adamjohnsonNYC
Interesting for Roth to talk about 'indiffernce' when his org refused to oppose Bush's criminal invasion of Iraq hrw.org/legacy/backgro… 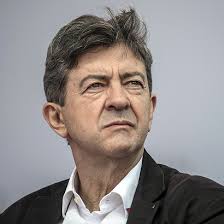 Now maybe people could turn their focus to aging queen Charlie Rose who has supported every war in the world and runs with the dogs of war?

Meanwhile the war drags on.


When does this war end?

It doesn't appear to ever end.

It will hit year 15 next March.

So, for those planning to gift, crystal is the traditional 15th anniversary token.

How many more years is the Iraq War going to continue?

And has it -- and the Afghanistan War -- gone on so long that we now consider permanent war normal?


In what world is that acceptable?


More than half of Iraqi families—around 20 million people—are at risk of food insecurity and cannot withstand any further shocks such as conflict or increases in basic food prices, warned a joint report by the UN’s World Food Programme (WFP) and the Iraqi government.
It follows nearly four decades of wars, sanctions, occupation and civil war, instigated by Washington, that have devastated this once prosperous country.
It is American imperialism, and its European allies—who invaded the country in 1991 and again in 2003—that are principally responsible for the growing danger of a colossal humanitarian disaster now confronting Iraq.
Operations by US forces still range throughout the country. Their drone missile strikes and bombings of residential areas at a rate of 200 to 300 a month have slaughtered hundreds, if not thousands, of civilian men, women and children.
[. . .]
By the end of January—in a city once home to 1.8 million people—at least 160,000 out of 400,000 people living in eastern Mosul had fled their homes after the military campaign to take the eastern part of the city began.
The assault by Iraqi forces, under cover of air strikes by US-led forces, led to a huge number of civilian casualties. They comprised nearly half of all casualties, far higher than the 15-20 percent expected in such a conflict. This was despite a promise by the Iraqi security forces to adopt a plan prohibiting artillery strikes, requiring civilians to remain in their homes, and providing humanitarian exit corridors wherever necessary.
The situation has hardly improved in the months since the recapture of eastern Mosul. While booby-traps are being removed and some people have returned to their homes, water, electricity and food are in short supply. Schools remained closed for two months because of delays in paying teachers.
Lise Grande, the UN humanitarian co-ordinator in Iraq, told the website Middle East Eye, “ Worryingly, large numbers of people are actually leaving eastern Mosul. People tell us that they are leaving because not enough food is being distributed and because they are being harassed—some even feel threatened.”
In fact, the Iraqi authorities are targeting households whose family members are thought to have supported ISIS. This is giving rise to fears that Mosul will experience the same horrendous sectarian abuse and corrupt governance that befell Fallujah and Ramadi after their recapture. Mosul’s governor, Nofal Hammadi al-Sultan, remains in Erbil, not even visiting the city until February, even though eastern Mosul was recaptured in December.
The bitter sectarian conflict that threatens to explode is directly linked to Washington’s criminal policy of divide and rule pursued in the years following the Iraq war. Support for reactionary ISIS only emerged under conditions where the Sunni population was sidelined and suffered sectarian violence at the hands of the Shia-dominated Baghdad government.

That's Iraq.  That's what the US government has brought about.

And that's the reality.

And, equally important, there is no safe passage out of Mosul.

The Iraqi government refused to provide one.  And told people to stay at their homes.  A message they repeated only weeks ago.

When you don't want facts?

Turn to The Whore of Babylon herself, Jane Arraf.


The former CNN reporter pops up anywhere they can throw a few pennies at her -- or toss a Hershey bar into her tent.

NPR, where she insists:


More than 300,000 civilians are still trapped in Mosul. ISIS has kept them there to prevent the U.S. and Iraq from launching airstrikes and mortars against their fighters. The Iraqi battle plan coordinated with the U.S. military has involved surrounding the city and leaving no escape route for either ISIS fighters or civilians.

Leaving no escape route for ISIS or civilians?

But it's ISIS that prevented them from leaving?

Oh, Jane, you will whore from your coffin at this rate.


And 'activists' in the US are fretting over Donald Trump's tax returns.

Priorities -- they lack them.

People are dying because of the US government and whiners want to pretend that their hatred of Donald Trump is accomplishing anything.

It's not even highlighting a serious matter.

Does it get any less serious than Hayder al-Abadi in his underoos trying to look like a full grown adult?  He's the tiny boy in the photo above.

That's the mini-prime minister of Iraq.

Doing yet another photo-op.