More on The Originals

I'll note this from the TV roundtable above:

Jim: Anyone beside Tracee Ellis Ross that anyone feels should be nominated for an Emmy?

Mike: Jennifer Lopez. Her work on SHADES OF BLUE is excellent and so much better than anything she's done before.  It stands with OUT OF SIGHT among her dramatic performances. I'd also note it's a shameful omission that Sofia Vergara has never won an Emmy for MODERN FAMILY.


Stan: I'd agree with those assessments.  I'd like to see Jessica Lange and Susan Sarandon get nominations for FEUD.   Don't know the name of the actor who plays Klaus on THE ORIGINALS but he should get nominated.

Marcia: Joseph Morgan.  He deserves an Emmy.  I'd love to see THE ORIGINALS nominated period.  It's a great show and it's having its best season so far currently. Riley Voelkel deserves to be nominated for her work as Freya.  This is an amazing show.  The whole cast is wonderful but I'd pitch those two especially.


I did not ask my cousin to note The Originals, Stan just did.  :D

I'm glad that the show's really firing on all engines this season.

It's something to see.

If you've missed any episodes since it moved to Friday nights, click here for the show's page at The CW where you can stream the episodes and catch up.

And I love Freya, of course.

But I also love Eli.

And if you like Eli, he and Hayley are a couple now, so you don't want to miss that.


Haylijah News‏ @HaylijahNews  Apr 14
Elijah - "So we do that... in jean shorts" OMG these two are so cute


By the way, with whiney Cammy not around, I like Vincent a lot better.

Don't you get tired of the paid liars.

Trina rightly called out the former FEC commissioner in"Ann M. Ravel is a stupid ass who needs to shut the hell up."


Ravel's calling for restraint and censorship of political speech.

Ravel needs to learn the Constitution as well as the history of America.

While Ravel foams at the mouth about the right-wing, she ignores the liars on the left.


America Resurgent doesn't give a damn about the civilians in Iraq.

They don't even give a damn about the ones killed since Trump came into the White House.

They don't give a damn about Iraq.

The US government killed thousands of Iraqi civilians every year under Barack -- despite Barack being elected to end the Iraq War.

America Resurgent is a group of liars who toss out anything to try to spread their lies.

But they don't care about Iraq.

And they're not calling for an end to the war.

Like Blood Whore Hillary, they're just fine with killing people.

And make no mistake, when they talk about Republican voters, they're fine with killing them as well.

America Resurgent is a hate machine designed to protect the corporations, not to help the people.

In a sane world every British MP who endorsed the illegal Iraq war should be banned from public office. A 'mistake' that big is unforgivable
3 replies66 retweets81 likes

And that same rule should be applied to Australian politicians and those in the US.


But there are enough liars in the world to justify US politicians voting for the Iraq War.

And there are enough liars in the US to pretend like the Iraq War ended.

IMPORTANT #PMU Abbas brigade announced that they are ready and operations in west #Mosul (Tal Afar) will start soon. #Iraq 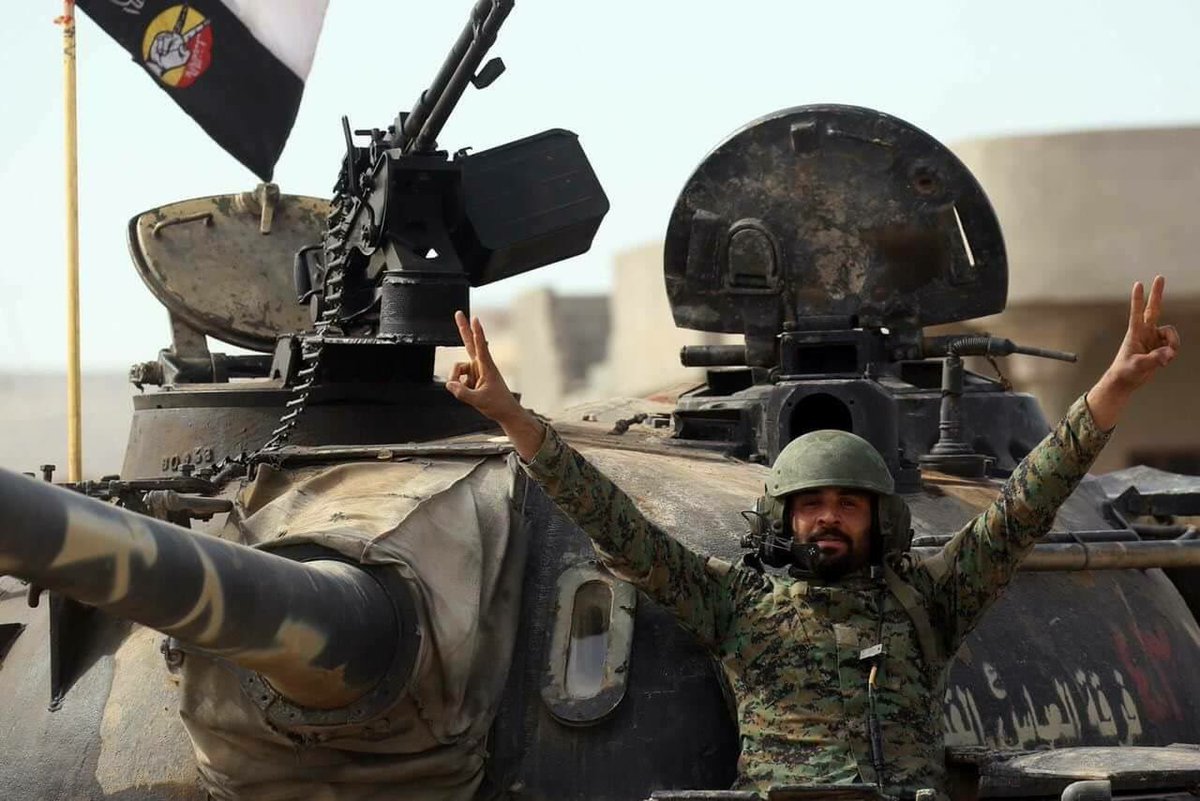 Good to know Hayder and his troops are 'ready' to emerge from yet another break.

#Mosul: Video shows heavy fighting between #ISIS and the #Iraq|i army in Western #Mosul today. An army tank was destroyed and is burning.
9 replies101 retweets95 likes

The United Nations Office for the Coordination of Humanitarian Affairs notes:


Since the start of military operations to retake Mosul six months ago, nearly half a million people have been displaced from their homes.
“The sheer volume of civilians still fleeing Mosul city is staggering,” said Lise Grande, the Humanitarian Coordinator for Iraq.
“Our worst case scenario when the fighting started was that up to one million civilians may flee Mosul. Already, more than 493,000 people have left, leaving almost everything behind,” said Ms. Grande.
The UN estimates that as many as 500,000 people remain in ISIL-controlled districts in western Mosul, including 400,000 in the densely populated old city. Humanitarian partners are working around-the clock to expand emergency sites and camps to shelter the hundreds of thousands more who may flee in coming days and weeks.
“Mosul has pushed us to our operational limits,” said Ms. Grande. “1.9 million people have received life-saving assistance since the fighting began. Front-line organizations have been providing food, water, shelter, emergency kits, medical support and psycho-social services. We’re reaching families who have fled and families who have stayed.”
“We’re doing everything we can but this has been a long battle and the assault on the old city hasn’t started,” said Ms. Grande. “The battle in western Mosul is very different than in the east— it’s much tougher. There are more trauma injuries, homes are being destroyed, food stocks are dwindling quickly and families are at serious risk because there isn’t enough drinking water.” “Civilians in Mosul face incredible, terrifying risks. They are being shot at, there are artillery barrages, families are running out of supplies, medicines are scarce and water is cut-off. Nothing is more important than protecting civilians—nothing,” said Ms. Grande.
Under international humanitarian law, all parties to the conflict are obliged to do everything possible to protect civilians, ensure they have the assistance they need and limit damage to civilian infrastructure.
For further information, please contact:
Damian Rance, Communications Officer, UN Office for the Coordination of Humanitarian Affairs in Iraq, (rance@un.org)
UN Office for the Coordination of Humanitarian Affairs:

But helping the Iraqi people was never the goal at any stage of this never-ending Iraq War.

For the past months, Washington has faced the urgent need to distract the world’s attention from its devastating failure in Mosul in order to hide the huge number of casualties among the local population. Perhaps, this became one of the main reasons for carrying out a new full-scale campaign to topple and discredit Bashar Assad.
However, every effort that is making by the U.S. to hide its failures, in fact, is futile. The ‘counter-terrorist’ operation in the Iraqi Mosul has been going on for more than 6 months. According to the Pentagon, the number of losses among the coalition forces has already reached at least 9,000 military personnel and 1,600 units of military equipment. Of course, we must admit that the overwhelming majority of casualties are among the Iraqi military. But we should not forget that the Iraqi soldiers are led by generals of the international coalition. Thus, all the losses during the assault of Mosul are the result of U.S. direct command.

It’s not a secret that the U.S. indiscriminant air strikes lead to a daily increasing number of civilian casualties. Considering the fact that all this is happening under the patronage of the United States, the natural question arises – how effective is Washington in fighting terrorism, if it can’t minimize the losses among civilians?

This is what it looks like to flee for your life from #Mosul. Since the battle begun, up to 500,000 people have risked everything to leave.
0 replies31 retweets12 likes


That's the reality of war.

Here's another reality, Kenneth Roth is addicted to war. 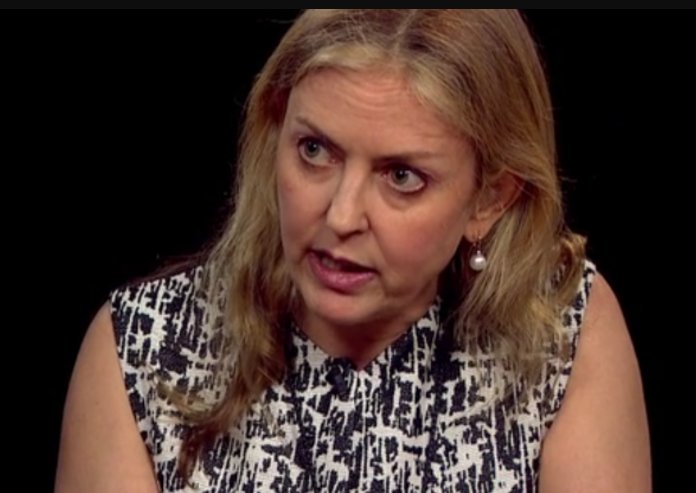 
Kenny Loser has no proof that Assad did anything.

But he's a liar and liars don't need proof.

And if you doubt he's a liar, he's spreading Annie Sparrow far and wide.

If you're looking for reality on Syria, hop on over to CONSORTIUM NEWS.


Or you can listen to Kenneth Roth -- a man so lacking in scruples that he fails to tell the world that the 'expert' he's reTweeting is so ignorant that she married him.


Maybe that's why Kenny didn't disclose it, he knew how stupid it would make her look?


For a strong discussion on Syria (and other topics), stream the below.

Excellent panel on Palestine, Syria and Yemen by some of the best journos today: @AbbyMartin, @RaniaKhalek, @MnarMuh
8 replies94 retweets145 likes