Consent Factory ‏@consent_factory  8h8 hours ago
WNYC just ran an Alex Jones-type piece about how #Trump could use the CDC to quarantine everyone ... now they're airing a David Brock promo. 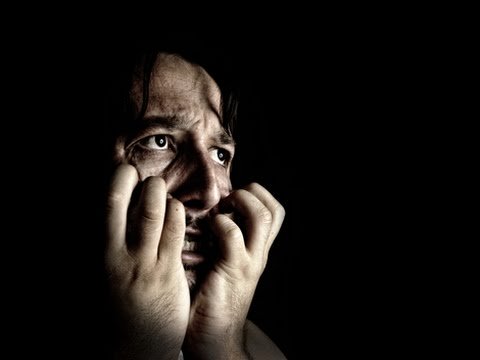 Is anyone else bothered by the nuts and crazy on display?


At some point, I think people are going to be screaming for the Hillary cult to just shut up.

The rest of us are trying to live our lives already.

All they want to do is argue about the election.


The Originals ‏@cworiginals  Jan 3
Mark your calendars... #TheOriginals returns March 17 on The CW. 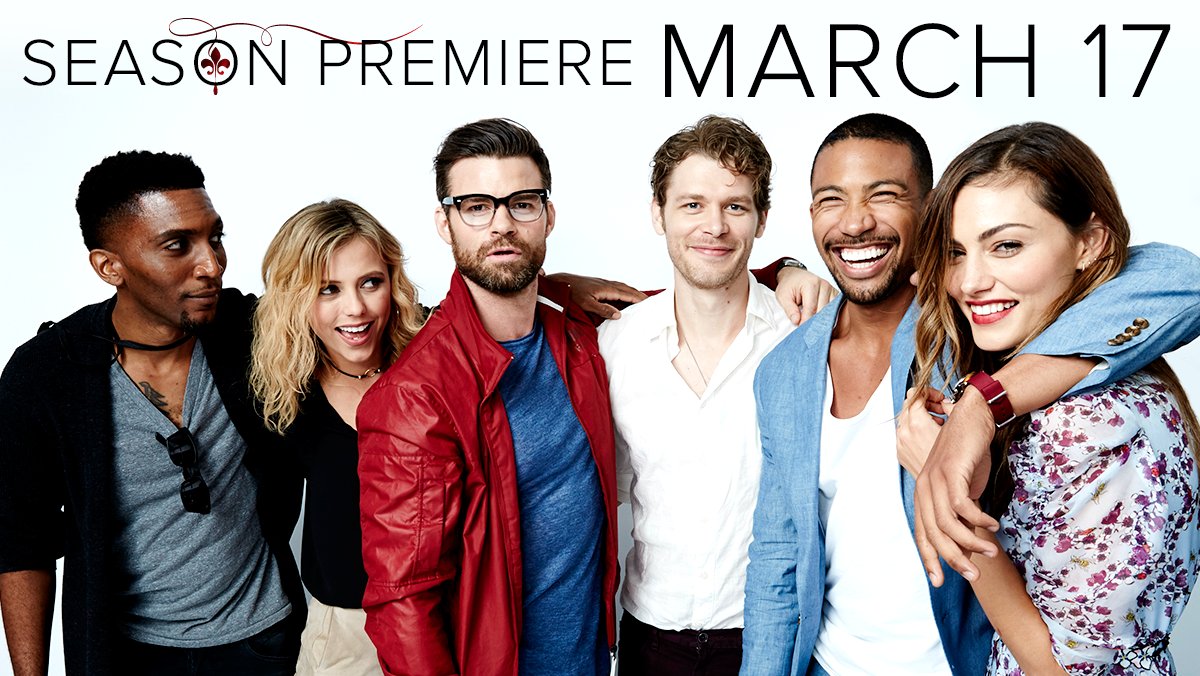 
It took me forever to recognize them.

Hayley, okay, she looks the same (not an insult, she's lovely).

Then I realized it was Freya with different hair.

The last one I recognized?

I was looking and looking through the photo.

I can't wait for the show to return.

At least it's only a month away now.

I'm still hearing and seeing the rumors that they're going to dump the show since VAMPIRE DIARIES is ending.

I love that show.


When Andrea Mitchell started wearing her 'summer dresses' on air on MSNBC I groaned -- they make clear that she is 70 years old -- no matter how 'freshened' up her face has been.  Who knew she was stupid enough to choose a professional photo wearing one?

Someone please tell White House Australia has more troops fighting ISIS in Iraq than any other ally + has fought at our side since WW2
609 replies5,469 retweets10,715 likes

Andrea's got her Depends in a wad over the fact that President Donald Trump wants to examine a deal former President Barack Obama made to take refugees Australia had basically kept in pens and camps.

Does Australia have more troops fighting ISIS in Iraq than any other ally?

According to US media, there are supposedly no foreign troops in Iraq fighting ISIS.

Isn't it time she be shown the door before she embarrasses herself further.

I'm just quoting her one line from her appearance on 30 ROCK -- how professional -- how news like.

Forever in ever in syndication, she's the catty cow who hissed "slut!" at another woman (Tina Fey's Liz) who was single, an adult and had sex.

Long after she's dead, that's all she'll be remembered for.

Does Australia have the most troops in Iraq after the US?

That's per their own Defence Dept.

As for the UK?

It's a bit more complicated.

The official number has been 500 for some time.

In March, THE DAILY MIRROR reported:

Dozens more British troops are being sent to Iraq to help a massive push to drive out Islamic State, boosting the UK’s force in the region to more than 1,000.
It is the most UK military personnel fighting ISIS in the Middle East since our withdrawal from Iraq nearly seven years ago and signals an escalation in the fight against terror in Iraq.

In addition as many as 200 British special forces troops, including the SAS, Special Boat Service and Special Reconnaissamce Regiment, are actually fighting ISIS on the ground in Iraq and neighboring Syria.


this would appear to indicate that the Iraq number was higher than 500.  In addition, BBC NEWS reported in June that 300 more were being sent to Iraq.


And, of course, early last month, the British Army website posted on their Iraq operations page: "Following additional deployments, in the next few months we will have up to 1,350 UK personnel supporting Counter-[Islamic State] operations."

They have been moving towards that number and have already passed Australia's troop numbers.

I have no idea why that matters to Andrea.

If we want to play a numbers game, Australia, under John Howard, had 500 troops in Iraq while the UK and US had thousands.

The war was and is illegal.

Not really sure why Andrea's so eager to push deployments but if she is she should get her numbers right.

US President Donald Trump has hit out at what he says is a "dumb deal" to take "illegal immigrants" from Australia.
The deal to take refugees from Manus Island and Nauru was brokered between the Federal Government and the US in the closing weeks of the Obama administration.


Donald has every right to review the deal.

He wasn't involved in it.

He should have been.

His thoughts on 'extreme vetting' were already well known.

Standing Rock was a trap to.  Barack could have protected it but instead appeased the corporations by just making it 'safe' until he left office.  He set a trap for Donald there too.


Oh, let's all shed a tear for GE which didn't "bring good things to life" with the Hudson River.


Meanwhile VICE insists that there are plans to take western Mosul.

I would certainly hope so.

A few weeks, they insisted, a few weeks and they could take Mosul.

That was 108 days before the operation began.

Mosul is still not liberated.

And the War Crimes continue.


(Erbil) – Groups within the Iraqi military are screening and detaining men fleeing Mosul in unidentified detention centers where they are cut off from contact with the outside world.
The groups, the Popular Mobilization Forces (known as the PMF or Hashd al-Sha'abi), are apparently screening the men for suspected involvement with the Islamic State (also known as ISIS). Given these groups’ lack of training in screening, the irregular nature of these screenings and detentions, and the detainees’ lack of contact with the outside world, the detained men are at heightened risk of abuse, including arbitrary detention and enforced disappearance.
“In case after case, relatives are telling us that their male family members are being stopped by PMF fighters and disappearing,” said Lama Fakih, deputy Middle East director at Human Rights Watch. “While we cannot know exactly what has happened to the men detained, the lack of transparency, particularly for their families as to their whereabouts, is cause for real concern.”
Iraqi authorities should only allow bodies with a screening mandate to screen people and ensure that anyone detained is held in a recognized detention center accessible to independent monitors and granted their due process rights enshrined in international and Iraqi law. All detention should be based on clear domestic law, and every detainee should be brought promptly before a judge to review the legality of their detention. Iraqi law requires that authorities bring detainees before an investigative judge within 48 hours of their detention.
The authorities should ensure that detainees’ families know where they are and publicly issue information about the number of people detained as part of the operation to retake Mosul from ISIS.
Human Rights Watch interviewed families from one village, Nzara, who said that PMF fighters had taken all the villagers to another town for 15 days in November 2016, then to refugee camps. But five men who had left the village to sell their sheep never returned and later were seen on a television broadcast identified as captured ISIS fighters. Another man who had left to sell his sheep described being attacked and detained by PMF fighters and eventually reunited with his family, but three men who had been with him in the car have yet to reappear.
Human Rights Watch also interviewed members of four displaced families who traveled between December 26 and January 15, 2017, through a screening site about two kilometers south of eastern Mosul that was under the control of the Iraq Security Forces’ ninth division. The families each said they arrived with large numbers of civilians fleeing, between 1,500 and 4,000 people. They said they also saw between 7 and 20 local PMF fighters there, distinguishable by their badges, accents local to the area, and by their civilian dress. One heard the local fighters being called Abu al-Hashad, signifying their PMF affiliations.
The families who passed through the site all described the same screening process, which was carried out overnight. When they arrived, usually in the evening or at night, men and boys aged 15 and above were separated from women and other children, who went into one of four tents. The military checked each of the men and boys’ IDs against lists of people wanted by various Iraqi authorities for suspected ISIS-affiliation.
This is the common procedure facing all men and boys fleeing the current conflict, usually at the first screening site they reach, and sometimes repeated at multiple other sites, dozens of men and boys who fled have told Human Rights Watch. The men from two of the families said that at least eight men screened with them were detained after the ID check.
After that, the men said, they were separated into groups by their Mosul neighborhoods, and four masked men came and pointed at a few men, whom they took away. The men said that as many as seven other men also were taken away, with no explanation from the military and PMF officers. The seven detained men did not reappear before the rest of the group left on buses with their families for the camps the next morning. They did not personally know any of these men, so did not know if they had been with their families or alone.
On January 10, one soldier from the ninth division working at the screening site told Human Rights Watch that he had been stationed there for several weeks and that every night, PMF fighters from the area, known as Tashkeelat Nawadar, led by Abdulrahim al-Shammiri, would come and detain groups of men who were not included on the authorities’ “wanted lists.” A fighter with the Nawadar Hashad, based at the site, confirmed that his forces were detaining men on a nightly basis, because they were sure these men were ISIS-affiliated. He would not divulge what happened to the detained men. One man who passed through the screening site referred to the PMF there as Hashad Nimrud, and another as the Hashad Nineveh, two different local Hashad groups.
A nongovernmental organization working in the area confirmed to Human Rights Watch that the screening site is under Iraqi military control, but the road and area are under PMF control. Human Rights Watch has been unable to locate the detained men or any families of men detained at the site.
The PMF do not have an official mandate to carry out screenings, and as far as Human Rights Watch has been able to determine, have not been trained to carry out screening, raising concerns about possible ill-treatment.
The authorities should ensure that no groups are carrying out screening without legal authority. They should inform family members of the location of anyone detained, allow family members to contact them, and ensure that anyone detained is brought before a judge within 48 hours to comply with Iraqi law. The authorities should publicly issue and update numbers on how many people are being held, where they are from, and where they are being held.

“Some men appear to be vanishing into the night even after official screenings by Iraqi security forces confirmed they were not on their wanted lists” Fakih said. “It is crucial for the authorities to take all measures to ensure that their whereabouts are known and the scale of detention is documented.”

If Andrea "SLUT" Mitchell is so concerned about Iraq that she brings it into an Australian issue, maybe she'll take the time to chat about the HRW alert on her meaningless program?


In yesterday's snapshot, we noted how stupid it was for an Iraqi-American to blame the death of his mother on Donald Trump.  It was even more stupid than we thought -- the man was lying.  The following was added last night to the snapshot:

[ADDENDUM added 2/1/17 at 7:54 p.m. -- The son lied.  He lied.  That's the culture we are living in.  People feel they will be rewarded and recognized for attacking Donald Trump so they'll go to any extreme.]