Jared Beck ‏@JaredBeck  9m9 minutes ago
What you are seeing, friends, is how badly Bernie would have beaten Hillary if they hadn't fixed primaries.
2 replies22 retweets31 likes


Bernie would have won.

But Bernie would have won.

Debbie Wasserman-Schultz and the rest are enemies of the people.  There's no excuse for what they did.

If Hillary loses (I voted for Jill), it's on her and her cronies.

Bernie could have won easily.

Tuesday, November 8, 2016.  Chaos and violence continue as the US holds a presidential election.

In 2007, Hillary Clinton mocked Barack Obama as someone running for president since kindergarten and issued a press release calling attention to his essay "I Want To Be President."  Eric Zorn (CHICAGO TRIBUNE) observed in real time:


Clinton’s lucky that the late-night TV comics are on hiatus due to the writers’ strike, otherwise this blunder would launch a thousand jokes, each one portraying Clinton as desperate and ruthless as she tries to regain momentum in Iowa from the surging Obama.

And a blunder it certainly was: The point of the news release was to discredit Obama’s “aw shucks” act—the notion he projects that the idea of running for president had hardly even occurred to him until an irresistible swell of encouragement all but ripped the stovepipe hat off his head and threw it into the ring.

Why? Because the reluctant hero who has greatness thrust upon him is more attractive, in political folklore, than the striving, conniving, ever-ambitious seeker of power.

Clinton is stuck with the latter image.

Hillary, of course, has been running for president her entire life.


And this election cycle certainly feels like it's lasted her entire life.

It's been a long road for Hillary.

Being married to a man who repeatedly sleeps around (and possibly rapes).

Realizing that you do not excite him sexually.  Realizing that some new woman will always be his preference.  Grasping that Virginia was right when she said you were "too mousy" for her son.

Knowing that so many of your "friends" have had sex with your husband.

Entering a room and knowing everyone is forever laughing at you.

It would have buried a lot of women.

She was in it for the presidency.

Today, she hopes to be elected.

In 2002, when Senator Ted Kennedy and Senator Bob Graham both urged her not to vote for the Iraq War (and Bob begged her to read the intelligence), Hillary only a year in the Senate, waived them both away because she knew best.

Voting for war would ensure that the media would support her and deem her a serious candidate.

If US troops had to die in Iraq, then so be it.

She was on a march to the White House.

If Iraqi women had to see their rights shredded, if Iraq had to be turned into a toxic dump filled with orphans, so be it.

She hadn't put up with all the Monica Lewinsky blow job jokes for nothing.

She was on a march to the White House.

Some puzzled over Hillary accepting the post of Secretary of State after the bitter primary fight she had with Barack Obama.

But this was her chance to prove herself yet again.

It was all about -- and always about -- getting into the White House.

It was never about democracy.

As so many sites -- not just WikiLeaks -- can attest this week: Hillary is not in favor of free speech -- nor does she believe political speech is protected speech.

She is by Hillary, she is for Hillary.

Get on board her train or she will run you down.

Attila The Hun had more charm -- and tact.

Need a reason to vote for Hillary?

Edward Know Nothing Hardy wants to give you one.

No, you stupid idiot.

Bully Boy Bush was appointed by the Supreme Court.

That's because the Democratic Party ran two losers in 2000.

Joe Lieberman went on MEET THE PRESS, after the vote, in the midst of the recounts, and declared that all votes -- all military votes -- should be counted.

That's a not a democracy.

And the military votes should be counted -- if they met those rules.

Instead of standing up for the rules of voting, Joe let tons of ineligible votes get counted.

Joe never should have been on the ballot to begin with.

(And in 2006 would declare himself an independent -- that's got to be the most massive party defection of all time -- a vice presidential candidate leaves the party six years later.)

Gore never should have brought her on his campaign.

Michael Dukakis knew she was trash.  (And she's revealed that to everyone this election cycle.)

There's Al Gore's recount which wasn't recount all the votes.

He only wanted the votes recounted in areas where he should have pulled ahead.

It looked pick and choose and allowed some to be hostile for that reason.

He refused to fight repeatedly.

That's why he lost.

He also lost his home state of Tennessee.  (If he'd carried Tenn -- even if he'd gone on to lose Florida -- he'd have been named president.)

If stupid Edward followed that much, we can now move on to Iraq.

He sought the Democratic Party's presidential nomination this go round (he dropped out of that race in October 2015).

Lincoln Chafee voted against the Iraq War in 2002.

He was then a Republican.

Remarkable pressure was brought to bear on Republicans in Congress.

In all, 21 Democratic US senators voted against the Iraq War.

But while 21 senators in the Democratic Party voted against it, 29 voted for it.

Hillary and Joe Lieberman among them.


Bully Boy Bush being put in the White House by the Supreme Court did not give us the Iraq War.

Craven members of Congress gave it to us.

If Donald Trump wins the election today, he still has to face a Congress.

Bully Boy Bush did as well.

But with Bully Boy Bush, they rolled over repeatedly.

They sold out the American people.

And Hillary was part of that.

Over and over she was part of that.

So to claim that a President Hillary is the answer is a really stupid claim to make.

It's also damn idiotic to pretend that the Iraq War started because the Supreme Court put Bully Boy Bush into the White House.

Congress could have stopped him.

In 2006, we the American people put the Democrats in charge of both houses of Congress because they promised to end the war in Iraq.

And the war continues.

Today, the US Defense Dept announced:

Strikes in Iraq
Attack, fighter, remotely piloted and rotary-wing aircraft and rocket artillery conducted 10 strikes in Iraq, coordinated with and in support of Iraq’s government:

-- Near Beiji, a strike destroyed an ISIL rocket rail, a generator and a bulldozer.

-- Near Rawah, a strike engaged an ISIL tactical unit and destroyed an ISIL-held building.

-- Near Sinjar, a strike engaged an ISIL weapons production facility.

-- Near Taji, a strike engaged an ISIL tactical unit.

Pay attention to this Edward The Know Nothing:

Jeff Rainforth ‏@iResistAll  2h2 hours ago
My friend @BrianKolfage lost both legs & an arm in Iraq. Hillary voted for the war, I'm voting Trump on #ElectionDay


You may not agree with Jeff's decision but he backs it up with logic.

Unlike Know Nothing Edward who thinks he can rewrite history.

22 days after the Mosul operation started, it still continues.


Fortunately, only the members of ISIS were killed in that air strike.

See, the bombs, they can tell if you're ISIS or a civilian.

And they never, ever kill civilians.

Yes, they do kill civilians -- all the time -- but let's not wake the Know Nothing Edwards from their slumber.

Please shield the Know Nothing Edwards from this reality:

Yes, civilians die all the time in these coalition airstrikes.


Oh, look, here's another idiot -- no doubt he's sleeping curled up next to Edward.

Ely (One More Day)Verified account ‏@therealezway  11h11 hours agoManhattan, NY
#WhyIMustVote Because unless you remember nothing from 2000, every vote matters. 600 votes could have stopped the Iraq War
3 replies53 retweets86 likes


No, stupid, Ely, we already went over this.

If 29 Democrats in the Senate had voted against the Iraq War, we could have stopped it.


Here's a Shi'ite in Iraq's take on today's election: 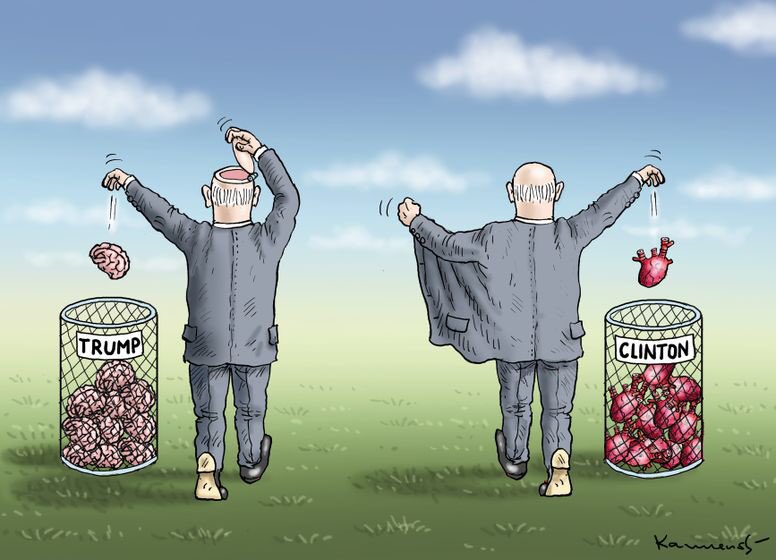 While the Mosul Operation hasn't finished, it has created a lot of refugees: 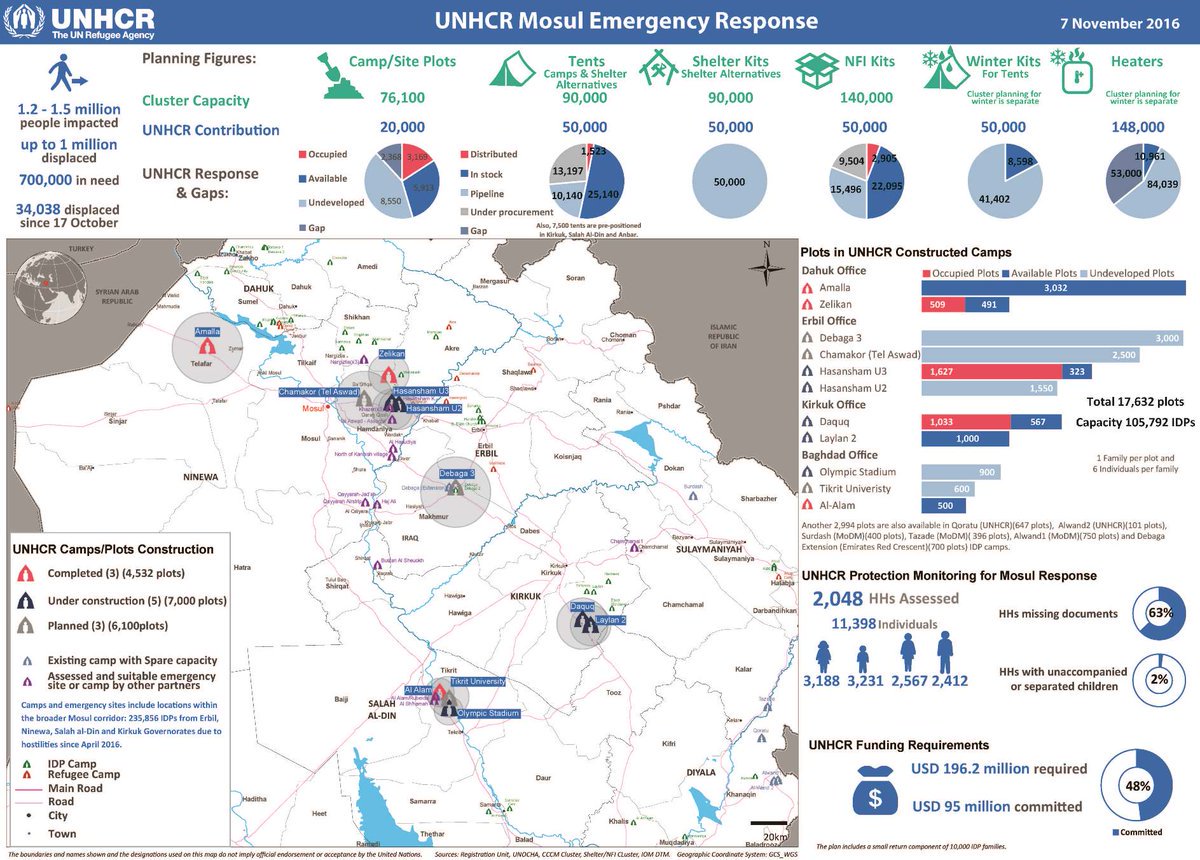 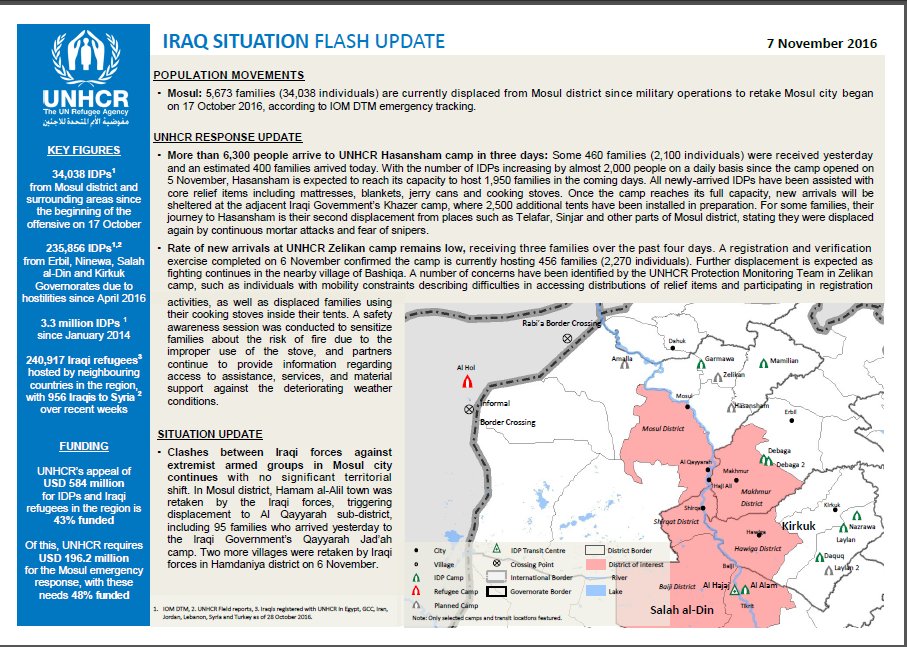 
And so do the War Crimes.