I'm glad Ava and C.I. cover TV and the media for a number of reasons including that they do an incredible job.  But I'm also glad because they often highlight issues that no one else does and, more and more, they also highlight programs others have missed.

In their latest ("TV: A streaming pile of garbage"), they note The Tourist and I had missed it.

It's on HBO Max.  Make a point to check it out.

Sometimes, it seems like streamers are not at all behind a program.  I don't feel Netflix was behind Tony Goldwyn's show.  (I didn't even learn of it until it was announced that there would be no season two.)  I don't feel like HBO Max gave The Tourist the push it needed.  The push it deserved.  If you're looking to watch something really good, make a point to check it out.

The US government continues to persecute Julian Assange.  Don't tell John Nichols.  He's got another useless column.  Russia!  Russia! Russia!  Does he think he looks smart or brave?  Only to the deeply stupid.  He's a craven whore who pushed for Bull Boy Bush to be impeached - even wrote a book on impeachment and was promoting it but then Nancy Pelosi announced that impeachment was off the tble and like a good whore John Nichols dropped the topic -- enraging the publishing house tht had put out his book.  When he had a world of US government officials to call out for the Iraq War, John Nichols zoomed in on the most 'dangerous' of all . . . Barbra Streisand.  He's a coward and a whore.  Today he wants you to know that Russia is crqcking down on media.  Just Rissia, you understand.  Any unbiased outlet has already told you that both Russia and Ukraine are cracking down on their media.  But whore's got whore, right, John?

Which is why he's outside pointing the finger again instead of directing it t his own country.  Joe Biden's crcking down on media.  He's gotten a lot of help from the media itself.  They knew Tra Reade was probably telling the truth but like some 'feminists' they insisted it didn't matter, they were still supporting Joe.  There's been no bigger buffoon in the White House in the last 100 years yet the press has gone so easy on liar Joe who most recently lied about how many times he'd been to Iraq and Afghanistan claiming 40 when it's only been 21 -- a lie he made during the campaign and got slammed for and a lie he continues to make.  It's not smart to lie in a Statue of the Union address.

Joe was unable to do whatever one before him in 'modern times' has done, deliver the speech in January.  But his lying about basic facts?  The SOUA is a mandated speech, mandated in the Constitution.

He can't stop lying.  He lies about the big stuff, he lies about the small stuff.  He is forever inflating his own miniscule record.  Remember when he was telling us he was arrested while visitng South Africa as a US senator?

Despite the very easy ride that Joe's gotten from the US press, the White House is still miserable, is still attacking reporters, has asked THE NEW YORK TIMES to reassign one reporter (if the reporter's learning of it here, check iwth your editor, you'll be informed then).  He's a petty man who can't deliver for the American people because he's too busy having tantrums over how he is being portrayed in the press in the here and now.  Joe's an old man and he's going to die soon.  But he's not concerned about how history will receive him because he's too obsessed with the here and now.

The whores of journalism like to pretend they're doing something of value but they're forgotten near instantly and history is a little more harsh.  Jeh Johnson.  He got a lot of good press.  Some called him out -- a few -- for his role in Barack Obama's inhumane response to immigration.  Some of us knew it would come back to bite him in the ass.  He didn't get it.  He thought he could manage it and the press was all that mattered and . . .

Poor little Jeh, dopped as a speaker to Vassar.

How humiliating for him.

The press may have gone easy on him in real time but that didn't mean a damn thing.  Truth will out -- always.  And Jeh better get used to the fact that this is just the beginning.  He might want to drop to his knees and publicly beg forgiveness for the vile and disgusting things he'd done.

I'm not the Pope.  I'm not granting him forgiveness.  I'll stand with the epople whose lives he destroyed.

Again, congratulations on being ruled unfit to speak before a college -- being ruled that by We The People.  Not the press.  Not his hero Barack.  By We The People and, in a democracy, we are always the final voice.

Julian Assange is persecuted for attempting to tellt he truth and for supporting an informed citizenry.  He shined a light into the shadows and so Joe Biden is determined to destroy him.  A) It's about revenge.  B) It's about making an example of Julian, trying to put the fear into the press.

But, by all means, John Nichols, waste all of our time with another useless column. 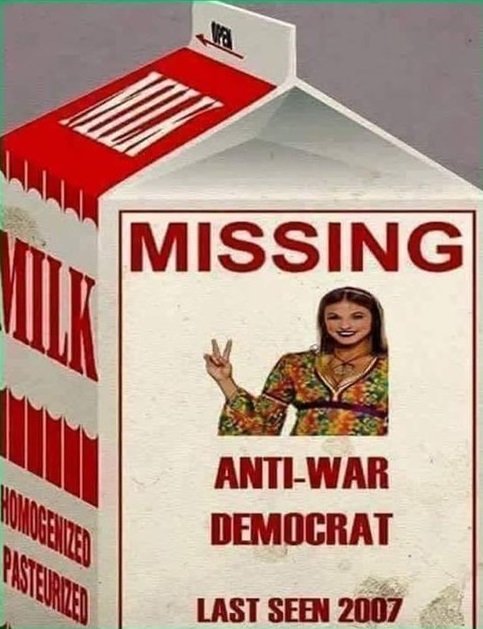 Richard Medhurt speaks with Jeffrey Sterling about the presuction of Julian Assange and other issues.

Julian tried to inform.  The US media lives to distract and to deny reality.  CJ Hopkins (DISSIDENT VOICE) takes a humorous look at how the media is currently conducting itself:

Yes, that’s right, folks, Vladimir Putin, leader of the Putin-Nazis and official “Evil Dictator of the Day,” has launched a Kamikazi attack on the United Forces of Goodness (and Freedom) to provoke us into losing our temper and waging a global thermonuclear war that will wipe out the entire human species and most other forms of life on earth!

No, clearly, Putin has just lost his mind, and has no strategic objective whatsoever (other than the total extermination of humanity), and is just running around the Kremlin shouting “DROP THE BOMBS! EXTERMINATE THE BRUTES!” all crazy-eyed and with his face painted green like Colonel Kurtz in Apocalypse Now … because what other explanation is there?

Just your regular reminder that the US empire (A) had solid intelligence that this war was coming, (B) knew they could prevent it by making very reasonable, low-cost concessions like promising not to add a nation to NATO that they didn’t want to add anyway, and (C) chose not to.

It’s 2022 and people still believe the US is pouring weapons into a foreign country to protect freedom and democracy. That’s like being 57 and still believing in the Tooth Fairy.

The US empire has had a standing policy of preventing the rise of any rival superpowers since the USSR collapsed, by which I mean that policy was explicitly laid out in writing within months of the Soviet Union’s dissolution. Both Moscow and Beijing have refused to kiss the imperial ring, and crippling Russia is an essential part of hamstringing China’s rise. This was all planned years ago.

Gilbert Doctorow described back in 2017 how Moscow and Beijing have formed a mutually beneficial “tandem” based on their respective strengths; Russia as a major military force who is willing to confront the US empire, and China as a rising economic superpower. Empire managers had previously expected that Moscow would be forced to pivot to Washington and become a member state of the empire. The fact that it chose Beijing instead to retain its sovereignty is what set all this in motion.

This was all planned years in advance. It’s no coincidence that we were hammered with narratives originating from US intelligence agencies which inflamed hysteria about Russia in the years leading up to this, most of which had nothing to do with Ukraine. I mean for Christ’s sake, even the one narrative that did involve Ukraine occurred because a CIA officer (ridiculously labeled a “whistleblower” by the mass media) just so happened to be in the right place at the right time to get it rolling.

So we’re all going to suffer financially and live under the risk of total obliteration via nuclear war in a long-planned confrontation geared toward obtaining total planetary domination, just because a few manipulators in the US government decided that would be a good thing.

It doesn’t need to be this way. Never did. There’s no good reason why nations can’t just get along and work together for the common good of all. The only reason that’s not happening is because of this insane desire to dominate and control instead of collaborate and thrive.

Where's the coverage of Iraq in the US media?  It had to vanish.  What the US government did is a crime.  Iraq has been torn apart by the US government.  The suffering has not gone away.  But they can't champaion another war, the media, while providing reality about what happened and continues to happen in Iraq.

It's a tragedy.  Iraqis have to live with it but the US government inflicted it.

And the US media rushes to run from it. 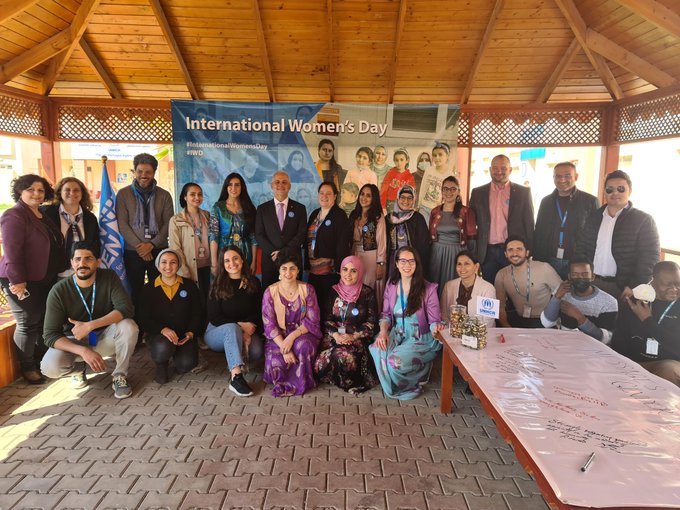