Harmful to People of Color

Tim Perry‏Verified account @tperry518 2h2 hours ago
.@PeteButtigieg said he was "slow to realize" school segregation in South Bend. @JulianCastro's reaction: "PB is a fine person, however he has a bad track record w/ black voters. Time and time again his record with the AA community in SB has shown itself to be very deficient."
/>
0:39
4,507 views
13 replies119 retweets351 likes


Tiny Pete is disgusting.  Those of us in the African-American community cannot afford to forget that.  He is the Mayor of South Bend -- where so many African-Americans are treated unfairly.  Here are some Tweets from a member of the South Bend City Council.

Henry Davis, Jr.‏ @iamhenrydavisjr
#Thread The list is long on the “things” #MayorPete didn’t know while mayor of #SouthBend. It would be an #SNL skit IF he wasn’t a front runner for POTUS #SouthBend
6:38 AM - 2 Dec 2019
59 replies695 retweets1,666 likes


Tiny Pete is bad news.  He needs to come with a warning label: "Harmful to People of Color."

Monday, December 12, 2019.  People continue to express anger over John Aravosis taking a cut of donations to politicians such as Kamala Harris, the Iraqi Parliament accepts the prime minister's resignation, and more.


Starting in the US where the race for the Democratic Party's presidential nomination has a new development: John Aravosis.  No, the noted failure isn't running for the nomination.  He's just made a lot of donors angry when they learned that their donation to, for example, Kamala Harris somehow ended up going to Kamala and John.

Replying to @SoEnoughAlready @KamalaHarris
Are people aware that John Aravosis @aravosis has rigged google search results so that "Kamala donate" comes up with his Actblue link first which splits donations 50/50 between him and Kamala Harris @KamalaHarris? en.wikipedia.org/wiki/Americabl…
0 replies0 retweets0 likes

MarthaHC in Va.‏ @wtf_imtooold 6h6 hours ago
I see plenty of anger; please know that I share it. But I ask you to try to take a breath before you recommend drastic actions, especially against anyone involved *except* the person responsible: John Aravosis.
1 reply1 retweet4 likes 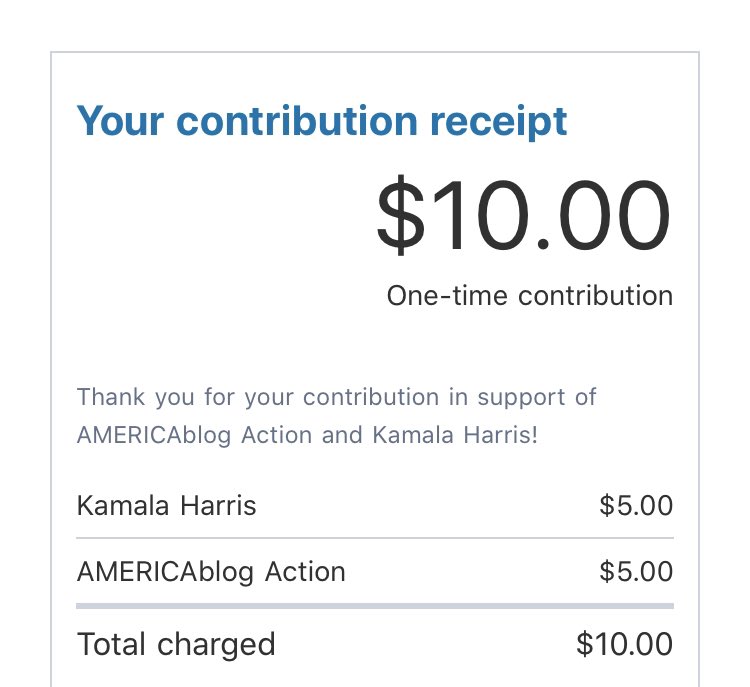 Ain’t No Stopping Us Now  🎶 @JuneSummer1
@aravosis This is unacceptable. I made a donation to what I thought was to Kamala Harris. I have no desire to split a penny with AmericaBlog whatever that is. How do I correct this?
1 reply7 retweets10 likes

Sean Carlton‏ @kological 10h10 hours ago
Replying to @SachaLEnglish @ferreone @KamalaHarris
John Aravosis is doing this to all the candidates. It's b.s. and he's using misleading SEO combined with misleading website text to siphon money from the Harris campaign.
0 replies4 retweets7 likes

E9onthenest #KHive‏ @E9onthenest 11h11 hours ago
E9onthenest #KHive Retweeted Talia (the T is for PISSED OFF)
AMERICAblog (John Aravosis @aravosis) scam from the Kamala Harris campaign by rigging google search results so that "Kamala donate" comes up w/ an Actblue link that splits donations between Kamala Harris his AMERICAblog?
E9onthenest #KHive added,
Talia (the T is for PISSED OFF) @_talia_t
Replying to @MelMcB23 @notcapnamerica @KamalaHarris
@actblue This is *incredibly* troubling. I think that we are owed a public accounting of exactly how much money was donated via Aravosis' malicious link, and anyone he scammed should be notified via email and given the opportunity for a refund.…
2 replies2 retweets5 likes


Replying to @lynnv378 @sjs856 and
I'm in. Please make people aware not to use that donation link that's splitting donations between Kamala and John Aravosis
1 reply2 retweets13 likes


John appears to think he can say nothing and this will disappear.  John's a con artist.  He's tricked people.  They thought they were donating to, for example, Kamala and he's taken half their donation for himself.  That's theft.

John appears to think he can be silent and ride this out.

And Kamala's campaign could use the cash -- the cash her donors thought they were providing.

We should also note this:

John Aravosis 🇺🇸‏Verified account @aravosis Nov 18
I just don’t hate Harris, Warren or even Bernie as much as so much of the twitter left really seems to loathe Pete Buttigieg. And I certainly don’t take any of them on with the incessant ferocity shown Pete, even though I prefer him and/or Biden to them. It’s just interesting.
103 replies32 retweets309 likes


He doesn't hate Kamala as much?  So he hates Kamala, doesn't want her to get the nomination and comes up with a scam that rips off half her donations so they end up in his pocket?  I'd say that's criminal and easy to prove in court.


From John to the equally creepy Joe Biden.  War Hawk Joe got weird over the weekend.  For most people, that was the nibbling of Jill Biden's fingers.

Lil Joe Nibbler @HamFistour
The year was 2019. Presidential hopeful Joe Biden nibbles on his wife finger as she speaks to his supporters.
21 replies37 retweets198 likes


That's something.  But, as we noted Saturday, "Poor Joe.  At a campaign stop today, he was talking about letting children stroke the hairs on his leg and bounce in his lap.  Creepy."

Paul Joseph Watson‏Verified account @PrisonPlanet 2h2 hours ago
Joe Biden: “And the kids used to come up and reach in the pool and rub my leg down so it was straight and then watch the hair come back up again. They’d look at it.” Weird flex but okay.
/>
0:14
156 replies380 retweets1,704 likes

0:31
Heather Champion @winningatmylife
Why does he say things like this?
Show this thread
11 replies55 retweets225 likes


And then there's Tiny Pete. 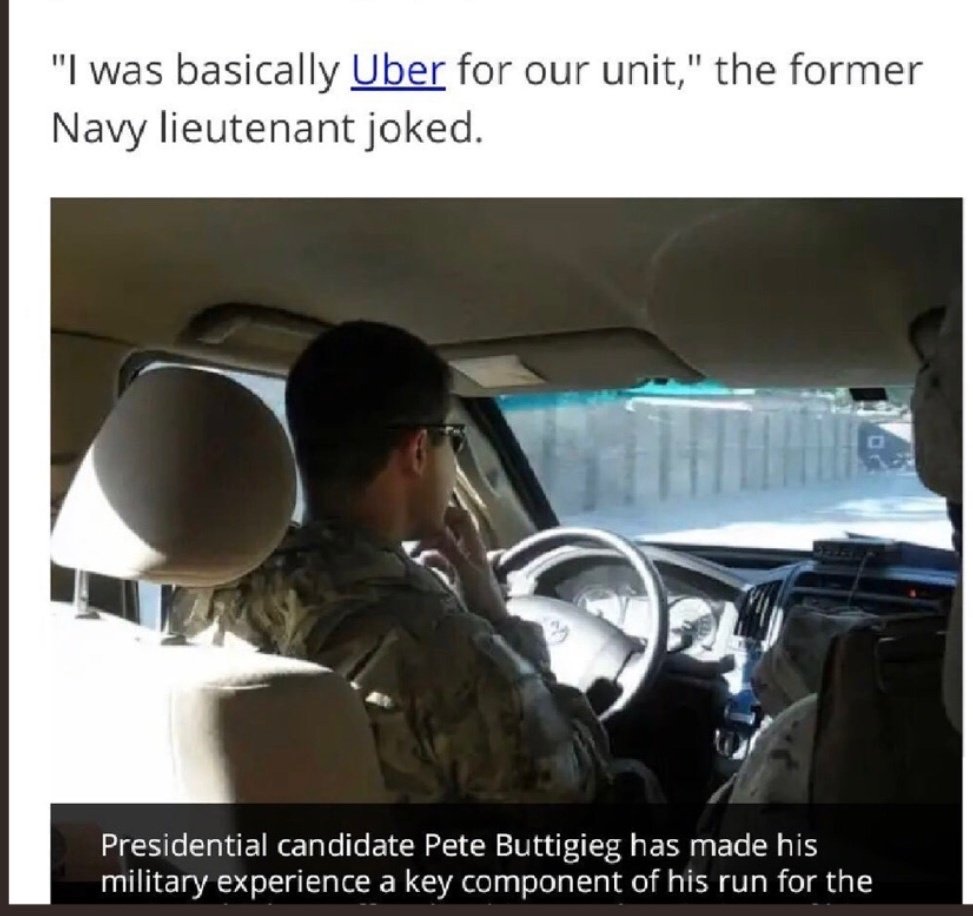 Norman Solomon (COMMON DREAMS) notes how Tiny Pete gets applauded by the corporate media for his attacks on We The People:

The Washington Post, owned by one of the world's richest people Jeff Bezos, has routinely spun Medicare for All as some sort of government takeover. In a prominent Nov. 30 news story that largely attributed Warren's recent dip in polls to her positioning on healthcare, the Post matter-of-factly—and falsely—referred to Medicare for All as "government-run healthcare" and "a government-run health plan."
Such pervasive mass-media reporting smoothed the way for deceptions that have elevated Pete Buttigieg in polls during recent weeks with his deceptive "Medicare for All Who Want It" slogan. That rhetoric springboards from the false premises that Medicare for All would deprive people of meaningful choice and would somehow reduce coverage.
In late September, with scant media scrutiny, Buttigieg launched an ad campaign against Medicare for All that has continued. Using insurance-industry talking points, he is deliberately confusing the current "choice" of predatory for-profit insurance plans with the genuine full choice of healthcare providers that top-quality Medicare for everyone would offer.

Mainstream media outlets are ill-positioned to refute such distortions since they're routinely purveying such distortions themselves. Warren's backtracking step on Medicare for All in mid-November was a tribute to media pressure in tandem with attacks from centrist opponents.
The idea of implementing some form of a substantial "wealth tax" has also been denigrated by many corporate-employed journalists. Countless pundits and political beat reporters have warned that proposals like a wealth tax, from Warren and Sanders, risk dragging Democrats down with voters. The truth is that such proposals are unpopular with the punditocracy and the extremely wealthy—while it’s a very different matter for most voters, who strongly favor a wealth tax.
On the same day this fall, the New York Times and the Washington Post published stories on Democratic elites' "anxiety" about the presidential election. The Post wrote that Democrats "fret" Warren and Sanders "are too liberal to win a general election." (With disdain, the article made a matter-of-fact reference to "the push for liberal purity.") The Times similarly wrote of "persistent questions about Senator Elizabeth Warren's viability in the general election." Contrary voices were absent in both news stories.
Assessing those articles, FAIR.org media analyst Julie Hollar pointed out: "The pieces interviewed a number of big donors and centrist party leaders, who fretted about their preferred candidate's struggles and expressed hope for someone more corporate-friendly than Warren to enter the race and challenge her rise."

Hollar added: "The thinking of powerful people in the Democratic Party is worth writing about. But it's crucial not to just take their claims at face value. . . . What establishment Democrats are really worried about, of course, is their own power in the party, which is threatened by a surging left wing. Don't look to their establishment media counterparts to report on that transparently."

Ilhan Omar‏Verified account @IlhanMN 9h9 hours ago
In Iraq and around the world, people are rising up to demand accountability and an end to corruption. The Iraqi political process should now be free to proceed without interference and a full accounting for those killed by security forces. Solidarity with the Iraqi people.

In Iraq, Prime Minister Adel Abdul-Mahdi’s resignation was accepted by Parliament Sunday. It was prompted by the deaths of at least 400 people during two months of street protests, similar to the demonstrations that have rocked nations from Latin America to Hong Kong. But the Iraqi government has responded with live ammo as thousands protested Iranian influence, corruption among elites, poor services, lack of jobs, and called for an end to the post-2003 political system. The process for forming a new Iraqi government is unclear, but populist Shiite cleric Moqtada al-Sadr called for a referendum to choose a prime minister from among five proposed candidates.

GARCIA-NAVARRO: Four hundred people have been killed in these protests. Security forces killed 45 protesters on Thursday in Nasiriyah. It's the blood of the Iraqi people that's being spilled by its own government. Shouldn't this resignation have happened sooner? And why didn't it?

KUBBA: It should have happened. I was one of many who advised the prime minister not to take responsibility for the killings that took place earlier, bearing in mind there will be follow-up on them and bearing in mind he shouldn't be fully responsible for what happened.

I think he got signals from many circles, international and local, to stay on and that he can contain the situation. I think they've grossly underestimated the rage that was out there, and they've misread basically what it was all about. It wasn't about small politics and parties seeking more jobs. It was much deeper than that. And I think up until this moment, not all politicians have read the situation as it is emerging now.

Legal experts told Al Jazeera the government would assume a caretaker role for 30 days or until the largest bloc in parliament agrees on a new candidate to replace him.
"Based on the constitution, this resignation includes the whole government - ministers and the deputy prime minister," legal expert Tareq Harb told Al Jazeera.
"The government has now become a caretaker government, which will only address urgent issues until a new government is elected," he added.
"The largest political bloc or alliance will have 15 days to nominate a candidate which the president will then assign to form a new government within 30 days," Harb told Al Jazeera. "This new cabinet will then be voted on by parliament, which needs an absolute majority to be voted in."

“In Baghdad, Iraq’s capital, it is unacceptable for the police to continue to treat these abductions with seeming indifference,” Whitson said. “They should put a stop to them and investigate.”