As C.I. noted again this week, the sexism knows no bounds in the press.  Need another example?

hayden 🍓 🍌‏ @colorfulhayden
Replying to @postpolitics
joe Biden literally screamed at her telling her that her accomplishment was his and i heard jack SHIT from the post.. sexism is speaking loud and clear
10:02 PM - 6 Nov 2019
0 replies1 retweet7 likes

Exactly.  Joe screams at Elizabeth and it's not news.  That's how it was treated by the press.  We are talking road rage.  We are talking the way a man goes off on a woman right before he beats her.  And The Washington Post and the rest didn't see fit to talk about it.

And it needs to end.

It's really time for it to stop.  Past time.

'Electability.'  If you vote for the candidate, than they are electable.  War Hawk Joe Biden has based his entire campaign on the claim that he is electable.  Polls are starting to question that.  But yesterday, on a campus, we came across a very rare creature: The young adult supporting Joe Biden.  They are so small in number, but they do exist.

Ralph (his real first name) wanted everyone present for this discussion about war to know a few things -- mainly how uninformed Ralph was.  For example?  Ralph insisted it wasn't fair to blame Joe Biden for the Iraq War "because he wasn't even in the Senate when they voted for it."  Ralph had apparently confused Joe with Barack Obama (something Joe, no doubt, wishes many voters would do).  Barack wasn't in the Senate when that vote took place.  Joe was.  And Joe voted for it.

The uninformed Joe Biden voter is something to marvel over.  They have so much information -- so little of it accurate -- and they really feel the need to educate their peers.  Which is why Ralph wanted to talk about 'electability.'  And here I need to thank Ralph.  I'm really not caught in that conversation, I'm in the real world.  But Ralph insisted that in the general election -- he's watched a lot of conventional 'wisdom' types -- the Democratic nominee will have to steer to the center to get votes.

No, Ralph, you're wrong.

For the first election ever, we're not looking at that, if we're honest.

That's done to peel off swing voters.  Ideally, it would pull of Republican ones as well.

But this is the election, 2020, in which you can honestly say: "So where you gonna go?"

Look at all the war mongering neocons, for example.  They loathe Donald Trump.  So let's say Bernie's the nominee.  Let's say Bernie is 'too left' for these Republicans who have publicly hated Donald since he started running for president.

They're not voting Donald Trump.  They're 'never Trump'ers.

They might go for a third party candidate but that's really not an issue -- thus far -- in a national election.

We lose so many voters, as a country, by this move to the right nonsense each election cycle.

But in 2020,there's really no need to even entertain that.

The right-wing will be represented by Donald.  (Possibly also by a third party candidate.)  Many of them will not vote for him for many reasons that they make public daily on screamathons like THE VIEW.

So there's really no need to make that argument this go round.  In an editorial posted earlier this morning, THE NATION calls on War Hawk Joe to drop out:

Like Hillary Clinton in 2016, Joe Biden offers the promise of picking up where the Obama administration left off: a restoration of business as usual for the K Street lobbyists and Wall Street speculators whose prosperity the 2008 financial crisis did little to disturb. Indeed, as Joseph N. DiStefano reports in this issue, the man posing as “middle-class Joe” has built his career and his family’s wealth on an eagerness to serve not the many Americans crushed by credit card debt but the very banks whose hands are around their throats. The candidate who insists Medicare for All is too expensive for Americans is also the candidate who, like Clinton, endorsed NAFTA, China’s admission to the World Trade Organization, and the Trans-Pacific Partnership—all of which have savaged US manufacturing and workers. Clinton’s record cost her the industrial heartland (Ohio, Pennsylvania, Michigan) and, with it, the election.
Biden’s long record of poor judgment—on everything from the 1994 crime bill that fueled mass incarceration to his botched handling of Anita Hill’s testimony against Clarence Thomas to his defense of Bill Clinton’s brutal welfare cuts to his support for the Iraq War to his role as cheerleader for Wall Street deregulation—renders him an even weaker opponent for a president whose reelection poses a clear and present danger to America’s survival as a constitutional republic.
Stumbling through the primaries, Biden’s zombie campaign crowds out worthier challengers, handing Trump a free pass on the very issues that should be his Achilles’ heel.
On issue after issue, Biden’s candidacy offers Trump a unique opportunity to muddy what should be a devastatingly clear choice. The Nation therefore calls on Biden to put service to country above personal ambition and withdraw from the race.


And there's California. The state convention is days away.  And Mark Caputo (POLITICO) reports that Joe's skipping the convention because he's afraid of being booed and also because he's afraid Jorge Ramos (UNIVISION), who will speak at the convention for approximately 15 minutes, will bring up the issue of the vast number of deportations that took place when Barack was president and Joe was vice president.  It's a topic that Joe repeatedly attempts to avoid.

Former Vice President Joe Biden, Massachusetts Sen. Elizabeth Warren and Vermont Sen. Bernie Sanders lead the race for the Democratic primary, according to a new national poll out Wednesday from Monmouth University.
The three candidates make up the top tier with 23% for Biden and Warren each and 20% for Sanders. South Bend, Indiana, Mayor Pete Buttigieg has 9% support among Democrats and Democratic-leaning independents, followed by California Sen. Kamala Harris with 5%, New Jersey Sen. Cory Booker and businessman Andrew Yang with 3% each, and Minnesota Sen. Amy Klobuchar with 2% support. No other candidate receives above 1% in the poll.

Joe's supposed to be the most electable yet another poll says differently.  Elizabeth and Bernie are right where he is.  (Factoring in the margin of error, Bernie is neck and neck with the other two.)  The realities -- as opposed to the myths and spin -- are seen at Biden events.  Chris Smith (VANITY FAIR) offers:


On the ground his campaign is scuffling, with modest crowds at rallies and mediocre fundraising. He has been losing altitude over the past several months, and some analysts are pessimistic. “The big thing people aren’t playing out is how it’s going to feel if Biden comes in third or fourth in Iowa,” says Jennifer Palmieri, a top adviser to Hillary Clinton in 2016. “His people argue Biden can lose Iowa, New Hampshire, and Nevada, and win South Carolina and be fine. Okay—don’t kid a kidder. I worked on the John Edwards campaign.”


Joe worked on the campaign to destroy Iraq.

Iraq protests: There is no going back to the status quo ante
0 replies0 retweets0 likes


Iraqi Protesters Step Up Their Tactics
Mass protests are still escalating in Iraq, with demonstrators blocking three main bridges in Baghdad this week as they continue to push back against the political elite. As Prime Minister Adel Abdul-Mahdi fails to quell the unrest, the protesters are adjusting their tactics, calling for civil disobedience and strikes. More than 260 people have been killed since the protests began last month, and one person was killed by security forces on Wednesday.
The protests are the largest in Iraq since Saddam Hussein fell in 2003, and the demonstrators are demanding the removal of the factions and political elites that came to power in the years afterward, who are seen as corrupt and subservient to other powers—such as the United States and Iran. So far, the protests have had broad participation: Some of the heroes of the protests have been Baghdad’s tuk-tuk drivers, the Washington Post reports.
Where are people protesting? The demonstrations have only grown since they resumed on Oct. 25, both in the capital and outside of it. Beyond Baghdad, more violent demonstrations have taken place throughout southern Iraq, with people targeting the Iranian Consulate in the city of Karbala and the headquarters of parties tied to Iran. Many of the protesters are from Shiite-majority cities—undermining Iran’s status as an advocate for the Shiite community.

What’s next? Abdul-Mahdi has appealed to protesters to stop sabotaging the economy: A blockade of Iraq’s main Persian Gulf port has cost it nearly $6 million, Reuters reports. The internet was blocked across much of the country on Wednesday. Iraqi President Barham Salih has said he will call for early elections once a new law goes into place, but politicians have yet to offer any immediate reforms to meet the protesters’ demands.


Iraqi security forces fired tear gas and live rounds into the air to disperse protesters in central Baghdad on Wednesday, beating young men they could grab, as the biggest wave of anti-government demonstrations in decades spread across the capital. The human rights commission said at least three people had been killed.
Since Oct. 25, Baghdad’s Tahrir Square has become a vision of a different sort of Iraq. Government authority is largely absent. Young men and women clean the streets and paint walls with pictures of their revolutionary heroes and their dead.
Hundreds have pitched in to cook for the crowd, stirring steaming pots of rice, chopping meat and brewing tiny cups of tea drenched in sugar.
“When I walk out into that square today, I know that if I’m hungry, someone will feed me. If I’m wounded, someone will carry me away,” said Al-Hassan Fahmy, leaning his elbow against a grubby mound of blankets. “This is a different society here.”


so the internetin Iraq has been cut , why ? oh cz the government is so week it cannot stop the protest and it won't till we get our civil rights #IraqiProtests 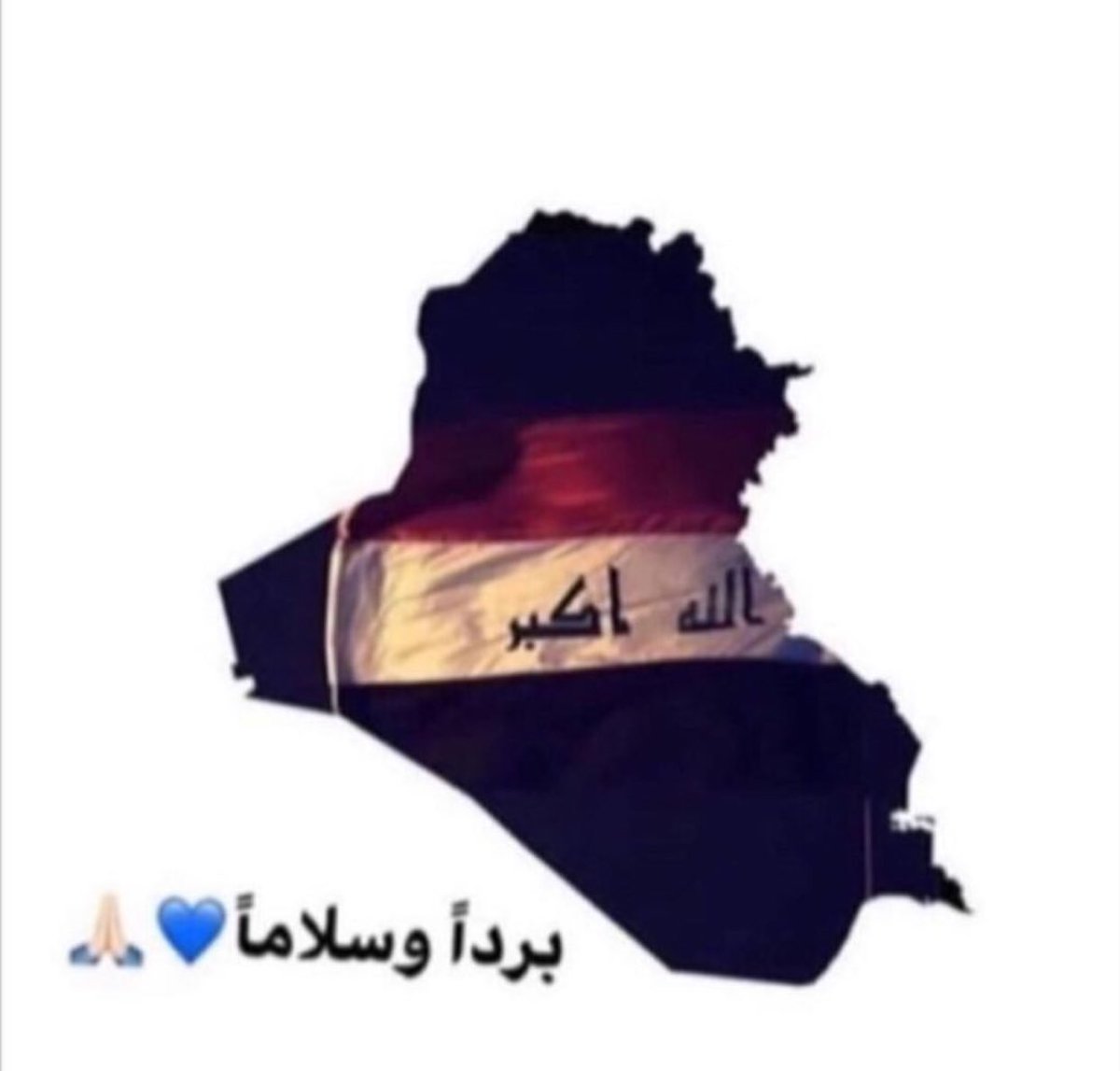