American Horror Story wrapped up last night.  It was the best season ever.  I don’t know how they come back from it though.  It really was perfection.  Not only did it hit all the right notes for this season, it also wrapped up everything – from all seasons prior.  It brought in everything.  Which meant, last night, we got to see two powerhouse actresses again: Angela Bassett and Jessica Lange.
It was all hands on deck in an attempt to defeat Michael (the son of Satan).  Everything appeared to be working . . . until Billy E showed up (from Difficult People) to stab a witch.  That was unanticipated.  By the witches, but we should not have been surprised (I was) because he was angry on the first episode of this season when they left on the plane without him leaving him to face the nukes.  Then, a few episodes in, we saw him living in the nuclear winter.  And I believe we saw him actually enter the silo before the time line started jumping around.

I’m trying not to do spoilers because everyone whines in e-mails – why are you reading if you don’t want to know!!!! So I will not do spoilers but if you ever liked American Horror Story, you need to catch up on this season.  It was incredible.  And speaking of incredible, “Leslie Bennetts writes about something but it's not Joan Rivers” – that’s Trina’s book review.  Loved it.  Great job, Trina!

Thursday, November 115, 2018.  If you strip away history and context, it's easy to believe almost any government official.


RUDAW:  You are Canada's first Ambassador to Iraq in 27 years.  Why has Canada chosen to return to Iraq now?

Paul Gibbard: It's a good question.  We've had an office here for a long time  but, definitely since 2016, we've-we've really ramped up our participation.  And that's really part of a broader strategy we have in the Mid East that includes Lebanon, Jordan and Syria.  We've invested about two billion dollars between 2016 and 2019.really in an attempt to respond to the expansion of [the Islamic State].  So, here in Iraq, we've been playing an important role in terms of the coalition against [the Islamic State] -- both on the military side and on the civilian side.  So part of the civilian side that many people may not know about is that we're providing training -- police training, uhm, to uh-uh officers both on community policing and also on the role of women in-in policing.  We also, uh, on the -- something new, uhm, that's been announced, the NATO mission, so that there's a new NATO mission.

I don't believe Paul Gibbard has looked so dishonest since he spoke of immigration in 2016 and babbled on about "integrating" and how "our survival depends" on that integration.

In the above -- interview is here and they have a transcript -- with RUDAW, Gibbard is provided wide space to run free.  He's never pinned down.

Pinning him down would mean asking, for example, why NATO is needed in Iraq?

NATO has committed to a long-term military training effort in Iraq, where the Iraqi Security Forces are still struggling against pockets of ISIS fighters in several areas despite declaring victory over the terror group nearly a year ago, a British officer with the U.S.-led coalition said Tuesday.
[. . .]
In a video briefing from Baghdad to reporters at the Pentagon, Ghika said the new, open-ended NATO training mission in Iraq would begin early next year and would essentially involve teacher-on-teacher instruction.

"It's going to focus its efforts on the institutional education establishments, such as the National Defense University, the Staff College, the institutional structure of the Iraqi Ministry of Defense," Ghika said.


That is hilarious.  Sisk never heard of context or history but he's still the sweetest cherry in the steno pool.

RUDAW's interview should have required Gibbard to explain who in Lebanon, Jordan or Syria is calling for Canada's "ramped up" participation.  It certainly should have included asking Gibbard why he claims Canada is responding "to the expansion of" the Islamic State since most observers have argued it has contracted, not expanded.  (Previously, they argued it was gone and vanquished -- as we stated repeatedly, that was never true.)

Shuhada school sits on what was one of Iraq’s most violent frontlines, in the former Isis stronghold of Fallujah.
The children have to walk along a dirt road, the edges of which are lined with red-painted bricks and skull and crossbones signs that warn of the risk beyond the makeshift border – landmines laid by the extremist group.
Hundreds of the homemade devices are buried in fields, inside war-damaged houses and under roads, forming a densely-packed belt that stretches for 15km and more.
Daily life for the people of Fallujah’s southern neighbourhood of Shuhada is shaped by the surrounding minefields. They dictate where they can live, walk, farm and allow children to play.
One of the first Iraqi cities clawed back from the self-proclaimed Islamic State caliphate, Fallujah is left with the conflict’s lingering and deadly legacy.

As the morning classes end, minibuses and parents on foot arrive to pick up the children. Others leave together in small groups to walk home along routes made safe and marked by the Halo Trust, the British demining charity.

Beaumont discusses his report on TODAY IN FOCUS.

Basic history?  How many times are Iraq's forces going to be trained, retrained and then retrained again?

Even in the early years of the Iraq War -- when Bully Boy Bush still occupied the White House -- you would find American trainers complaining to the press that the Iraqis couldn't learn.  More likely, they didn't want to.  See Herbert R. Kohl's classic I WON"T LEARN FROM YOU.  Nor should they want to.  Would you want someone who invaded your country to be your teacher?

If you can grasp that, you can apply the needed context.

In the fall of 2011, the US Defense Dept ceded control over the Iraq mission to the US State Dept and State was going to do what?  Anyone remember?  They were going to train the police forces.  There was a new academy built -- US tax payers footed the bill -- and this was going to be so huge.   New to the topic?  Let'd drop back to the December 1, 2011 snapshot:

Remember how that ended?

The US government turned over the new facility to Iraq (and other properties).  They did not train any police.  Police members did not show up for trainings they were scheduled for.  The State Dept's entire program was a joke and a waste of tax dollars.  As then-US House Rep Gary Ackerman pointed out, the office of the Special Inspector General knew it was going to fail ahead of time because "senior Iraqi officials . . . show[ed] utter disdain for the program."  Ackerman was correct to argue, "When the Iraqis suggest that we take our money and do things instead that are good for the United States, I think that might be a clue."

It was a clue.  But no one wants to learn.

When the US State Dept was failing with the program who was the Minister of the Interior?

No one.  Nouri wanted to keep the post for himself.

Do we remember that?

You can't learn from history if you can't even remember it.

Now money will again be spent on 'training' and who is the Minister of the Interior?

Oh, right, again there is no Minister of Interior.

Further into the interview, Gibbard starts talking women -- he makes it the thrust of the interview.  Women are important, he insists, to the peace.  And, yes, Iraq has no women in the Cabinet, but they want to encourage.

So many want to encourage.

We welcome the formation of the cabinet that is well underway and encourage the appointment of the remaining cabinet members in an inclusive manner within constitutional timelines. However, like Poland and the Netherlands and others, we do share the disappointment in a lack of female members in those appointed to the cabinet to date and we would encourage the Iraqi government in its efforts to address this issue and promote the participation and representation of women at all levels of decision-making in Iraq.

All this encouragement.  Nothing changes so far, didn't in the past either, but let's keep 'encouraging.'  Hillary Clinton, as Secretary of State, turned down even the requests of her personal friends to help women in Iraq and stated that the government did not seek the input or participation of women.


If it's me that's driving you to this madness
Then there's one thing that I'd like to say
Take a look at your life and your lovers
Nothing ever changes
-- "Nothing Ever Changes," written by Stevie Nicks, first appears on her WILD HEART

There's more honesty -- as an aside -- in the following Tweet than in Gibbard's entire interview. 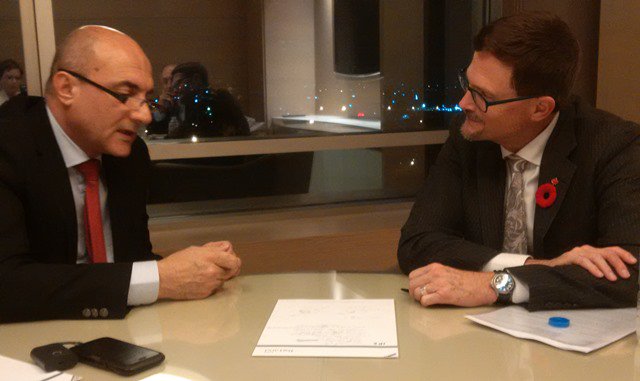