Did you read Elaine's "Our new Joe Lieberman" from last night?

She nailed it, Corey Booker is a fake ass corporate stooge.

But there's an effort to present this disgrace as our hope for the future.

Don't fall for it. 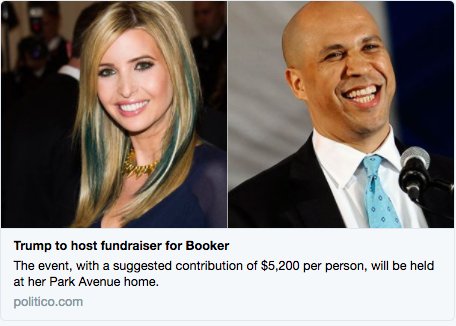 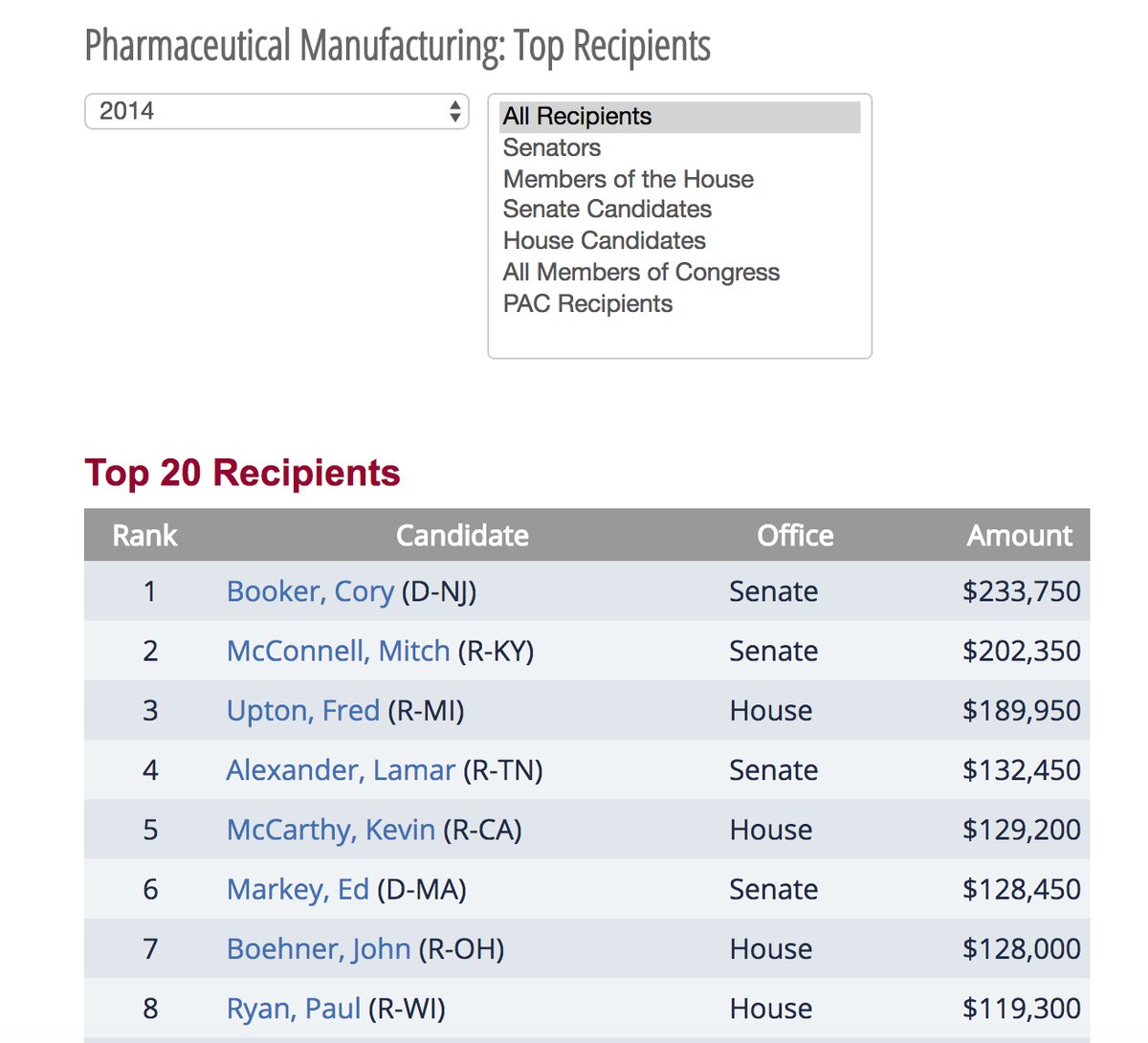 
I wrote that last night but didn't feel it was enough.

All I have since is Shelley Long.

She was back on Modern Family this week.

Her DeeDee is always a welcome sight.

Last week, my cousin Stan wrote about the show and noted:


The show's been on way too long.  (MODREN FAMILY airs Wednesday nights on ABC.)
The characters I can still stand and like are: Cam, Gloria, Hayley, Luke, Jay and Phil.
That said . . .
Having watched about 20 episodes over the long weekend, one thing was really clear to me: A good episode needs Hayley to be good.
You can have an episode without Alex and it doesn't mean anything.  Sadly, that's become true of Lily as well.
But if Hayley's not on, the episodes pretty much sucks.
Characters I can't stand: Mitch, Claire and Alex.
I'm lukewarm on Manny.


I agree that Hayley makes the show.

I also like Cam, Gloria, Phil, Jay and Luke.

Luke's aging better as a character than Manny.

I really think the show needs to start being like real life and when children go off to school -- let them go off.

Not really so much everyone else.

DeeDee needs to be a regular.

And we need more Lily.

Alex has gotten as tiresome as Claire.

Friday, January 13, 2017.  Chaos and violence continue, the Canadian government won't answer to whether or not their soldiers receiving treatment in Iraq were injured in battle, when do we ever arrive at what passes for 'victory' and much more.


More and more, I think what any occupant of the White House needs is a car with twin 11-year-olds in the backseat, bored, hopped up on Monster and kicking the seat in front of them while repeatedly asking, "Are we there yet?  Are we there yet?"

Are we there yet?

That's one of the most important questions that president-elect Donald Trump will face once he's sworn in as President of the United States.

And someone needs desperately to define where ''there" is.

The Iraq War, or at least this century's installment, started in March of 2003.

Two months shy of 14 years, the war continues and US troops are still engaged in it -- from the air and on the ground.

Yet still the Iraq War continues.


1) Victory in Mosul does not mean the ISIS threat is over.
2) Young democracies like Iraq are not the place for strongmen.
3) Reconstruction must address the longterm needs of the Iraqi people.
4) Iraq's ability to secure its future is limited by serious economic shortcomings.

Kenneth RothVerified account ‏@KenRoth  11h11 hours ago
Terrorism in Iraq gets far less attention, but Iraq was the site of the deadliest terrorist attack in 2016.
1 reply64 retweets43 likes

Yep, it does get less attention.

Why is that, Kenny boy?

Because you used your Twitter feed to campaign for Hillary Clinton?

Had you just focused on Iraq, maybe it would get the attention it needs.

Had you just Tweeted about HRW's Iraq reports, it might have gotten attention.

But before the election you thought you were slyly promoting Hillary and post-election you've had a tantrum or two.

Maybe if you'd focus on human rights and the work of HRW, Iraq could get the attention it deserves.

If you're part of the problem, that's on you.

So maybe we could also try to avoid dumb assery as well?

The Islamic State is a terrorist organization.


As we've long noted, it is not the problem.

The issues in Iraq that allowed it to take root are the problem.

Destroy ISIS today and something will quickly replace it.

I'm not in the mood to be nice about this.

I warned it was coming over and over, day after day and week after week while 'smart' people either ignored what was coming or insisted everything was fine.

Sunnis are persecuted in Iraq.

Long before the Islamic State took root we were the only ones, here at this website, just us, pointing out the very strange issue around prison breaks: Prisoners weren't being caught.

Because they were usually Sunni and the local residents protected and hid them.

Because of the persecution taking place in Iraq.

It was so bad that escapees could be hidden.

They made Iraq a focus because Sunnis were persecuted.

And that's why they either got support from Sunnis or the Sunni reaction was: This is between the government that persecutes us and ISIS, it's not my battle.

And if you can't acknowledge it today, you are a dumb ass contributing dumb assery and no one really needs you at this point.


If that's shocking or surprising to you, then let me join you in shock and surprise.

Where the hell have you been?

June 19, 2014, even President Barack Obama stated that the only solution to Iraq's crises was a political solution.

And then did nothing to help there.

He started dropping bombs on Iraq.

He put "boots on the ground."

He surged the military.

He just didn't surge the diplomacy.

For the record, it's the same failure Bully Boy Bush made earlier.

But nothing was done.

And there's no reconciliation in Iraq still.

There's no effort to end the persecution.

So defeat ISIS with the military and you haven't defeated anything.

They'll regroup or something else will replace them.

It's 88 days since the operation began.

Mosul was seized by the Islamic State in June of 2014.

88 days ago, the liberation or 'liberation' effort began.

The International Organization of Migration notes:

Nearly 13 weeks into the Mosul military operation against the Islamic State (ISIL) – which began on 17 October – over 144,500 Iraqis are currently displaced. The majority are in desperate need of life-saving humanitarian assistance, especially in the cold winter weather and rain.

National Defence is refusing to disclose details about several Canadian soldiers treated at a military hospital in northern Iraq in recent weeks, including whether any of them were wounded on the battlefield.
The soldiers were among 120 patients who were seen at the medical facility since it began operating near the Kurdish city of Erbil at the end of November, according to figures provided to The Canadian Press.

Again, the question, this is what success looks like?


This morning, the US Defense Dept announced:


Strikes in Iraq
Attack, bomber and fighter aircraft and rocket artillery conducted eight strikes in Iraq, coordinated with and in support of Iraq’s government:

-- Near Haditha, a strike engaged an ISIL tactical unit.

-- Near Rawah, a strike engaged an ISIL tactical unit and destroyed a vehicle, a command-and-control node and a weapons storage facility.

-- Near Sinjar, a strike destroyed a mortar system.

It's past time someone in charge was able to answer the question of "Are we there yet?" with something more than "Not yet."