I will not miss you.

The Onion ‏@TheOnion  4h4 hours ago
Departing Obama Tearfully Shoos Away Loyal Drone Following Him Out Of White House http://trib.al/u5SvkXC 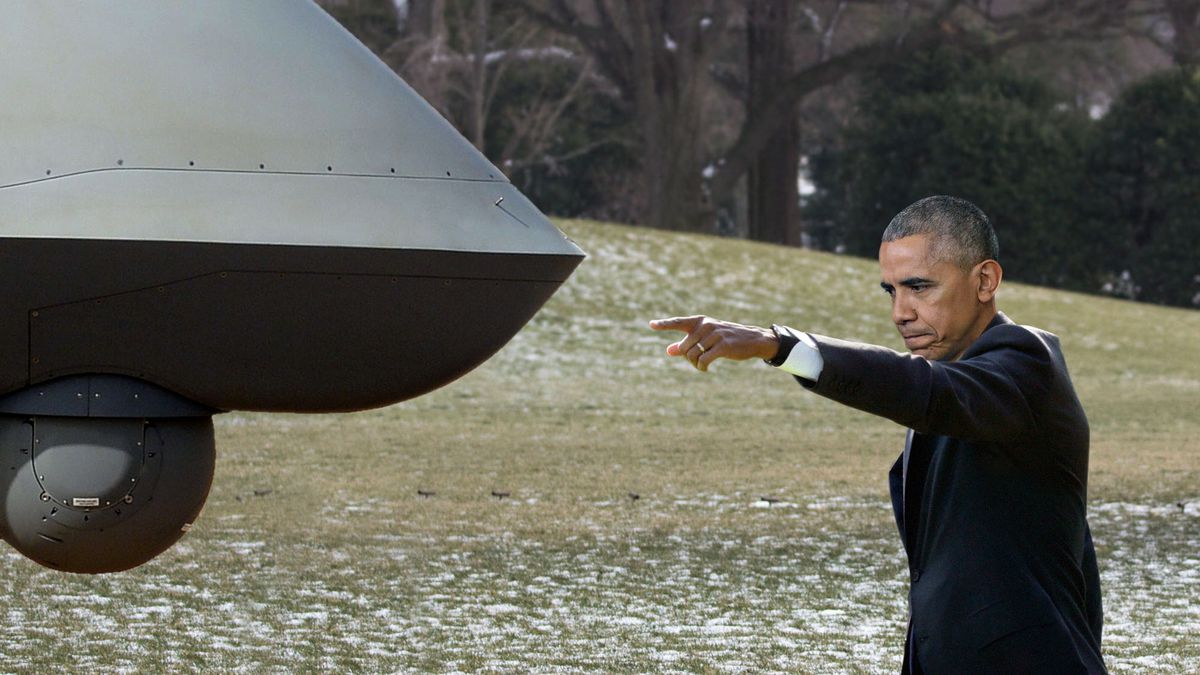 Not even a little.

You rode into town pretending to be Black but you did nothing for the Black community.

African-Americans struggle with unemployment more than any other US population.

You did nothing for us.

Not one damn thing.

You were a huckster.

And I watched amazed as you fooled people for years and years.

It took forever for me to finally grasp, these people wanted to be fooled.

That's why they voted for you in the place.

So, as you leave now, don't let the screen door hit you where the good Lord slit you and don't ever make the mistake of thinking you fooled everyone.

Many of us were on to you from the start.

Oh, and one more thing, Obama, kiss my Black ass.

Friday, January 20, 2017.  Chaos and violence continue in Iraq but, faded celebs from a time gone by, insist that the real tragedy is here in the US as the country prepares for the inauguration of Donald Trump.


Maybe Elton John can warble his "dead blondes" song (nod to Keith Richards) live over the internet to console The Cult of St. Barack.

Because Barack is leaving.

And if you doubt that, Antonia Juhasz has suddenly re-discovered Iraq.

For years, she's avoided it -- like the fake ass that she is.

Just another hostage to the Democratic Party, unable to speak for what's important.

How did she find Iraq?

With 'veterans' that mean old John McCain wouldn't meet with.

Did they have a meeting scheduled?

Are they his constituents?

Did they bother to make themselves presentable for a meet-up?

Some did.  A few guys worse suits.

Some needed to shave or trim their beards.

One woman in particular needed schooling on the dangers of clown make up in broad daylight.

But they showed up.

This is the same group of veterans who showed up at the RNC 2008 convention to disrupt and to make John McCain look bad.

(After getting punked by Barack at the DNC convention.)

So they've got no appointment, they're not his constituents and the last time they were around they were trying to ensure his defeat in the presidential election.

McCain would meet with them why?

They want headlines and they've certainly become the focus of Antonia's Twitter feed but then it's all partisan politics which is all cheap whores like Antonia can offer.

Remember how we wrongly took her seriously?

She produced that bad, plodding book. It was so poorly written, we took it for sincerity.

Why would a non-writer try writing for so many pages unless they were sincere?

Well if they're a former Democratic Party operative apparently their spots don't change.

There's  a 'resistance' in the country, and Anotonia wants to lead it.


Which is a sure sign that it'll go nowhere.


I'll leave Alec out of it (I know and like Alec) but what a buffet of losers.

Mark thought he could elect Hillary by promising to go nude in his next film.

Apparently, he forgot that his nudity in IN THE CUT didn't help the box office.  Or that he's many years older now.

(And I believe he also flashed the goods in XX/XY.)


Michael Moore?  He looks more like Paula Poundstone every year.

A community member, an Iraqi refugee, e-mailed on the LA protest.  Jane Fonda will be there.  The member writes, "So she'll speak out against words hurting us but not bullets and bombs?"

'Activist' Jane promised not to be silent on the Iraq War and then fell silent.

She, like the rest of the losers above, couldn't speak out against the ongoing Iraq War throughout the last eight years, or the illegal spying Barack was conducting, or the attack on Libya, or . . .


But someone they don't like is becoming president and they're going to stage photo ops and try to get their tired names back in the news.

Sally needs the work.  She's not Aunt Mae anymore (and never should have been -- it's "Aunt" Mae, not Great Grandma Mae) and MY NAME IS CLITORIS flopped because she couldn't keep her stupid politics out of promoting the film (although the film was poor to begin with -- no woman near retirement in this country would be encouraged to quit her job and go out and look for another when she has no skill set to speak of).  Sally needs to jump start her career.

She couldn't carry a film 20 years ago and she still can't today.

Because of her politics, the Academy gave her an award for a so-so performance in a film no one will remember.  As she searches for roles in the streaming service world, even she knows she's a never-was.  She's Jeanne Crain with less camera appeal -- and for any who just said "who?" -- exactly.

So here they come, the same crowd that tried to tell American how to vote.

All they did was alienate a lot of people.

Adults know how to vote.

It's one thing to say, "I'm proud of Hillary and I'm voting for her.''

It's another to try to shame someone into voting for your political crush.

And now, in utter stupidity,they show up as Donald is being sworn in, to protest . . .

Because he's going to do things that demand protest.

And by upping the outrage factor with protests before he's even president, all these idiots are doing is making sure many Americans will tune out when actual protest for actual actions take place.

And let's go back to those vets.

Because I'm thinking about Sally Field's Emmy acceptance speech and how she pretended to care about Iraq -- then lost all interest in it as Barack came into office.

And I'm realizing how many years ago that was.

I look at a number of the veterans protesting as young people.

They've been out of Iraq for at least ten years now.

Alex Dowling Retweeted Ms. Rosenberg
The Iraq War in 2003 can clearly remember every Teacher in School talking about it and I was only 5 at the time.
Alex Dowling added,

Ms. Rosenberg @Miz_Rosenberg
15yo has an interesting question this morning: What's the first major news story you can remember living through as a child?
0 replies0 retweets0 likes


So as they protest McCain, I'm left to wonder, where the hell have they been as Barack's sent more US troops into Iraq, as Barack's bombed Iraq daily since August 2014?

Where the hell have they been?

I didn't start Iraq Veterans Against the War -- they did.

So I guess, in a John Kerry-like way -- they were against the war before they were for it?

And all of the above, where is their cry to stop the paranoia and fear of Russia?

The Russian government has not been proven to have done anything.

There is no evidence that it hacked the election or anything else.

Now I know Jane fell to the floor in Russia when Roger Vadim took her there and she had a panic attack because she was consumed by the Cold War fears.

Why in the world wouldn't she speak out now as idiotic Temple Prostitutes for Hillary try to restart The Cold War?


These losers want to pretend life was great the last 8 years when it truly was not.

Noufal Ibrahim ‏@noufalibrahim  1h1 hour ago
Compare what the new pres. will (supposedly) do to the US to what the old one(s) did to Iraq and Afghanistan.
0 replies0 retweets0 likes

But they were silent because they were members of The Cult of St. Barack.

They moved on to become Temple Prostitutes for Hillary.


And they still damage the world.

Glenn Greenwald Retweeted Raw Story
Is it one of the planks of #TheResistance to demand provocative deployments of US troops on or near Russia's border?
Glenn Greenwald added, 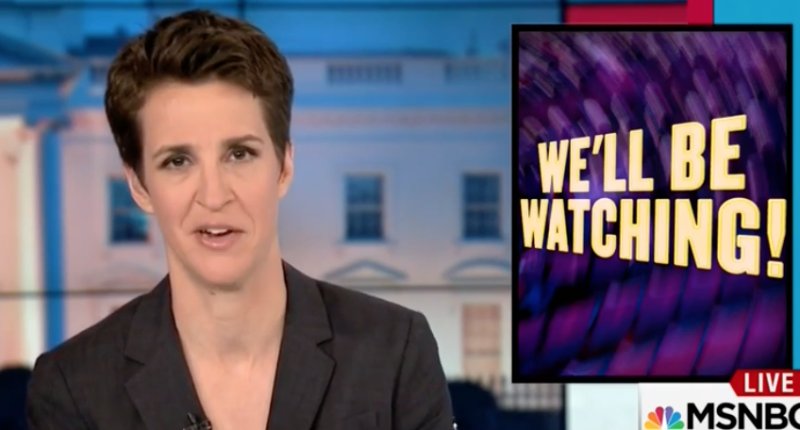 Raw Story @RawStory
#Maddow: Will Trump pull troops recently deployed near Russia’s border because Putin has something on him? ow.ly/L9RA3086CRX
0 replies1 retweet0 likes

And it appears Hillary Clinton's legacy will be not just to be known as a loser but also to have re-started The Cold War.

If that happens, Hillary can rest assured that she will be ripped apart in history books.

The ridiculous person who couldn't concede an election and who allowed her supporters to whip up hysteria against another country because princess was too lazy to campaign.

I get tired of pointing out everything and wish others would.

But Bully Boy Bush was mocked by many -- I mocked him -- for his 2000 campaign and how he had to be home every night to sleep in his own bed as the campaigning wore on.

What a spoiled brat, right?

Well one reason Hillary was so ineffective on the campaign trail is she wasn't doing enough campaign events because, like BBB, she had to be home in her own bed.

She was lazy, she was corrupt.

All these idiots with their protests refuse to face reality.

Hillary refused to have an inspector general reviewing her.  In her entire term as Secretary of State, she had no IG.

This is a pattern with her.

That's why she did the private e-mail server.

That's why she deleted e-mails.

That's why she and others in her department stonewalled Congress throughout the end of 2011 and the start of 2012 in hearing after hearing.

Hillary will not allow for oversight.

And this is who you defend?

You don't take to the streets to defend the Iraqi people but a corrupt and whorish woman who claims she's devoted her life to public service -- while raking in millions and millions of dollars -- and who has cheered on every war she could is who you want to defend?

The Obama Administration has made a habit of dramatically underreporting civilian deaths in its assorted military operations around the world, but took things to a whole new level in what will presumably be their last such document, claiming only one civilian killed all year in US drone strikes “worldwide.”
[. . .]
The most recent incident was in mid-December, when a US drone participating in Iraq’s invasion of the city of Mosul destroyed a house full of civilians, killing a family of nine. These of course are all just a fraction of the hundreds of civilians killed in US airstrikes over the course of 2016, but in many cases it remains uncertain if the strike was a drone or a manned aircraft, and similar systematic under-reporting of deaths by Centcom makes such determinations all but impossible.


The Iraqi people live in a war zone.

It is the height of indulgence and narcissism for Americans to focus on the 'tragedy' of a person being sworn in as president while ignoring the very real suffering in the world.


And for those who just can't get it through their skulls, take some advice from Aretha.

Get some pride and a deeper love and stop wallowing.