She's talking about where I search Google for the common ills and note the top results:

thecommonills.blogdrive.com/
July 21, 2016. Chaos and violence continue, meet-ups to 'help' Iraqis continue, talk of five US bases being built in the KRG circulates, and much more.

www.blogsbywomen.org/the-common-ills.844.html
Blogs By Women listing for The Common Ills | Women blogger on This is a great site, pro-choice, left. I think C.I.`s one of the best women bloggers out there..

https://diplopundit.net/tag/the-common-ills/
Posts about The Common Ills written by domani spero.

So those are the top results.


Meanwhile, this report on the latest polls?

Thought Hillary was a sure thing -- a double digit lead?

I'd argue part of the reason the double digit princess took such a fall was the refusal of the media to play fair.

When they're so openly anti-Donald Trump, they drive sympathy to him.


After all, most of us believe in fairness.

Saturday, August 13, 2016.  Chaos and violence continue, the refugee crisis continues, video posted by the Iraqi government appears to indicate White Phosphorus is again being used in Iraq, Cher goes on a tear, and much more.


Let's start with US politics.

We started with US stupidity.

I'm embarrassed about it now.

And have been for many years.

But maybe I shouldn't be?

Maybe I should just forget it?


See, in 1992, I supported Jerry Brown in the primaries and when Bill Clinton won the nomination I supported him.

And of course Cher supported . . .

In 1992, I was deep in the belly of the Democratic Party (or maybe just up its ass) and felt personal offense that someone would decide to vote for anyone that wasn't a Democrat.

I ragged on Cher.

By the early '00s, I just didn't care who you voted for as long as you were voting for someone you could believe in.

I like to think I progressed from the 90s.

So that would mean . . . Cher regressed?

Now people were in uproar -- in this community -- when Cher called Sarah Palin a c**t.

But others were and we had to change the slogan at THIRD from a Cher quote to a Tuesday Weld quote.

I found the whole thing to be nonsense.

Because I know Cher.

And have known Cher for decades.

And Cher calls women the c-word all the time.

She's done it her whole life.

Progressive Cher has a really insulting mouth when it comes to women.

But of all the things I've ever heard her say against any woman, nothing is more insulting than Cher's insult of Jill Stein above.

A vote for Jill Stein is not a vote for Donald Trump.

And at least I had the brains and class, in 1992, while ragging on her to her face, not to claim that a vote for Perot was a vote for Bush.

Check the history, I've defended her over and over.

When THE NEW YORK TIMES attacked her, we defended her.

But I will not defend her claim that a vote for Jill Stein is a vote for Donald Trump.


She can play Vote Nazi all she wants.


Here's a reality about the corporate Democratic Party.

They had two choices after the 2000 election.

They felt that voters for Ralph Nader cut into their votes.

So they could (a) attempt to shame Nader voters or (b) move to the damn left.

They didn't move to the left.

They're corporate whores -- and that's true of the GOP as well.

And it's really sad to see Cher applaud them for that.

Come Back To Reality, Cherilyn, Cherilyn.

She used to have a lot more sense.

No one owns your vote except you.

In the United States, you choose how to use your vote.

If you're happy about your vote, whomever it's for, great.

That's what we should aspire to.

But your vote has to be earned.

If no one earns it, you shouldn't give it away.

Hillary took her vote seriously . . . when she voted for the Iraq War.

I'm happy for Cher that she's thrilled to vote for Hillary.  I've defended her here this year on that.

I will not, however, defend her attacks on other people being happy about whom they plan to vote for.

Jill Stein is a valid choice for some.

She honestly hasn't earned my vote yet.

I'm glad Ava and I went to the Green Party convention in Houston and reported on it ("Media: The ignored political party convention").

But I'm still not hearing specifically about Iraq.

I haven't given all this time to Iraq -- an ongoing war -- to settle for any candidate who is offering generic statements.

Jill may yet win my vote.

But if no one wins my vote then I will not be voting for the office of president.

And if the weak candidate Hillary Clinton should lose, that's on her and the Democratic Party.

And shame on anyone who, if that happens, allows the blame to be pushed off on the voters.

We need a country for The People.

The triangulation of the 90s was a failure.  All it did was unleash corporate greed and free up the war impulse among a bunch of politicians who never saw war and never will.

As the Democratic Party has moved further and further away from FDR, it's lost voters and enthusiasm.

And each cycle becomes telling us we have to vote Democrat out of fear.

If I'm afraid of something, I confront it.

It's why I rejected the whole THE SKY IS FALLING hysteria that followed 9/11.

Others embrace fear and find safety in it.

It's why the country is so screwed up today, so many people have allowed themselves to be led around the nose by fear.

She's not hiding from the topic at least.

Not the way the White House is. 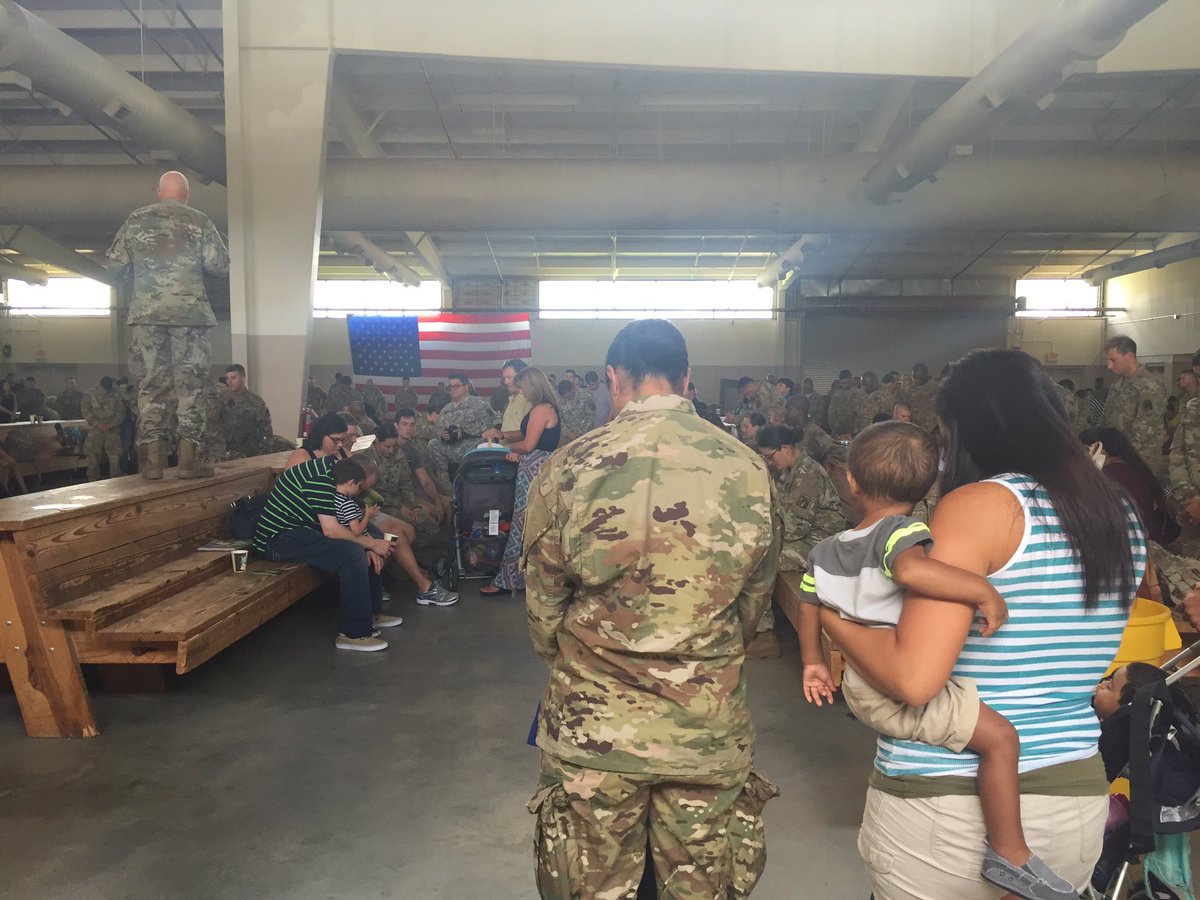 
The week started with  ARMY.TECHNOLOGY.COM reporting, "The US Army has announced the deployment of additional troops to support Operation Inherent Resolve in Iraq for the next phase of the fight against ISIS." AP declared it was 400 more troops.  IN CASE YOU MISSED IT observed:

Last month, President Obama raised the “cap” on the number of ground troops in Iraq to 4,647. This cap has become something of a running joke, as the Pentagon has repeatedly admitted to having well more troops than that. Most recent estimates have over 6,000 US ground troops in Iraq already, before this new deployment.

So how many US troops are now in Iraq?


As they used to say at the end of the old Tootsie Pop commercial ("How many licks does it take to get to the Tootsie Roll center of a Tootsie Pop?"): "The world may never know."

Reporters are coming up empty handed in their attempts to obtain precise figures as to how many U.S. troops are on the ground in Iraq and Syria.
The Pentagon supplies the public with its Force Management Level (FML) for deployments to Iraq and Syria, which consists of full-time troops. FML data puts the total number of troops in Iraq at approximately 3,800 — with another 300 in Syria — but it does not include the number of temporary troops in the region.

The issue has become a sticking point, with critics pressing the Pentagon for more transparency.
Some worry that officials are hiding the deepening U.S. involvement in the fight against the Islamic State in Iraq and Syria.
The pressure for the Pentagon to release the actual troop numbers comes as the administration faces questions from both parties about the strategy to fight ISIS and with no signs Congress is close to a deal on a war authorization.

Jason Ditz (ANTIWAR.COM) explains, "Part of this is a function of the 'cap' negotiated with the Iraqi government, as not disclosing the figure has allowed the Pentagon to keep secret exactly how far above that cap they've already gone, while allowing the Abadi government a bit of face-saving."


We were rightly outraged when Bully Boy Bush hid the coffins of the troops coming back from Iraq.

We should be just as outraged at Barack Obama for refusing to provide the numbers of troops going into Iraq.


We should also be paying attention.

And we need to pay attention what's being dropped on Iraq in the name of liberation.

The soar in birth defects in areas like Falluja directly stem from the US government's use of White Phosphorus and other illegal agents.

Two Tweets have noted what you're seeing in the video. 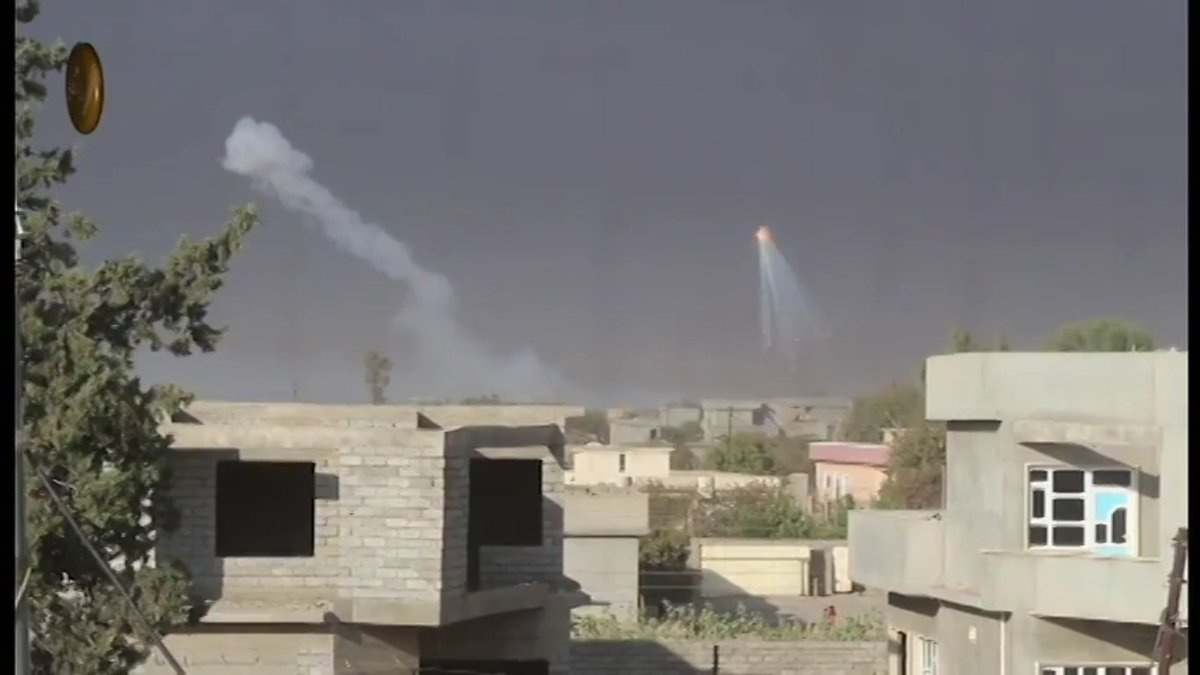 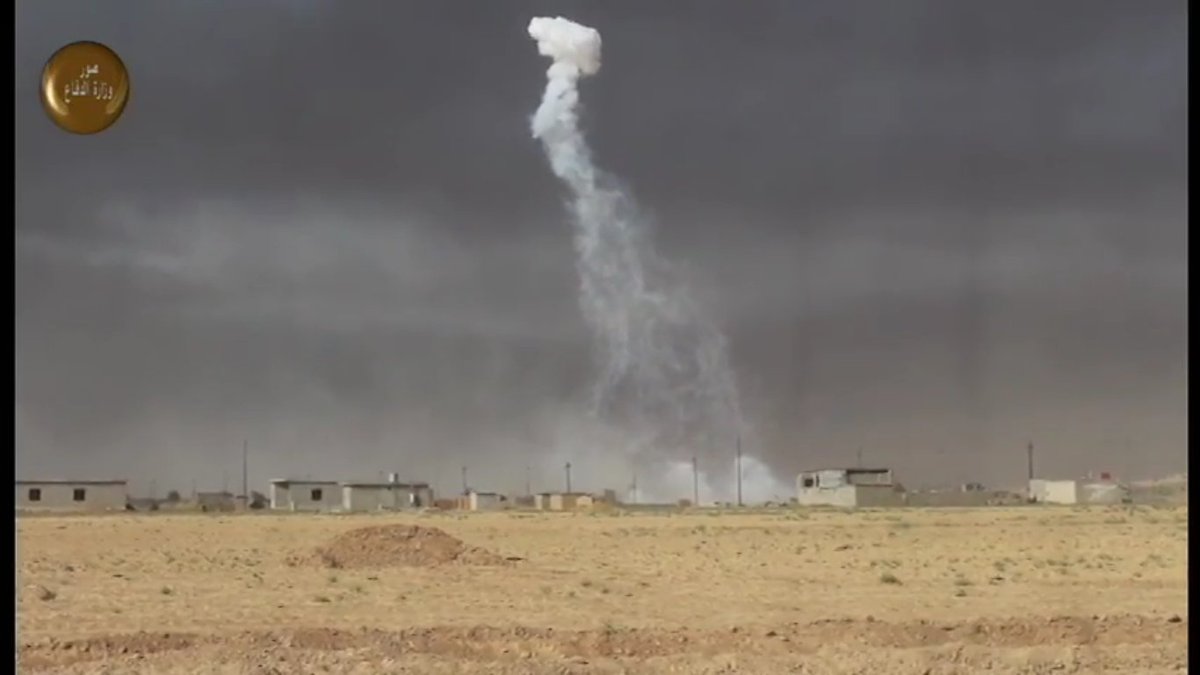 
Conflict News ‏@Conflicts  7h7 hours ago
VIDEO: What appears to be incendiary munition used by Iraqi AF or US-led coalition in #Iraq https://youtu.be/UvTWhQz5RMQ?t=1m44s …


You may remember that, in the Bully Boy Bush years, the US government insisted no White Phosphorus was used -- until they were forced to admit, long after, that it was.

Does White Phosphorus suddenly become acceptable just because Barack's in the White House?

I don't think so.


In a report presented at the University of Michigan last Wednesday, “The epidemic of birth defects in Iraq and the duty of public health researchers,” Dr. Muhsin Al Sabbak, a gynecologist from Basra Maternity Hospital, and Dr. Mozhgan Savabieasfahani, an environmental toxicology researcher, reviewed the ever-growing mountain of data showing that rates of cancer, child cancer and birth defects (BD) have reached historically unprecedented levels in Fallujah and other Iraqi cities since the 2003 US invasion.
The presenters argued that the extreme levels of pathological genetic anomalies in Iraqi cities, documented by numerous studies, are being generated by a hellish mixture of nano-particularized heavy metals and other toxins generated by the US military occupation and heavy bombardment of Iraqi cities.

Levels are now much higher than those recorded among survivors of the nuclear attacks on Hiroshima and Nagasaki, the presenters said, citing various studies conducted during the past decade.
[. . .]
In cities most heavily impacted by the war and occupation, such as Fallujah, Basra, and Hawija, the population is experiencing “high and persistent” levels of exposure to these toxic metals, Savabieasfahani said. They are used in the manufacture and firing process of the US military’s bombs, bullets, and explosives.
Exposure to heavy metal nano-particles generated by exploding munitions is a main cause of the rise in CBD and child cancer, Savabieasfahani’s report argued. The nano-particles are inhaled and work their way into internal tissues such as the lymph nodes. The levels steadily build up over time because the body does not eliminate the particles, Savabieasfahani said.
“The heavy metals are more toxic than the depleted uranium,” Dr Savabieasfahani told the World Socialist Web Site. “Titanium, magnesium, lead and mercury are all heavily used by US weapons producers,” she said.
Heavy metals are known to wreak havoc on the human genome, damaging the DNA of egg and sperm cells, Savabieasfahani said. Prenatal exposure to metals causes brain damage, and high titanium levels in children in these areas are strongly correlated with neurodevelopment disorders.
“Cancers are skyrocketing in Iraq. Leukemia is rampant, and rates of numerous genetic pathologies are continuing to rise,” Savabieasfahani told the WSWS.

“The numbers we have currently are probably underestimations. Poor women in many of these cities do not report birth defects because of the associated social stigma,” Savabieasfahani said.

And the refugee crisis continues in Iraq.

World Food ProgrammeVerified account ‏@WFP  Aug 12
Up to 70% of women and kids live in the tents, not knowing when they can return home http://panorama.wfp.org/exodus-from-mosul … #Iraq 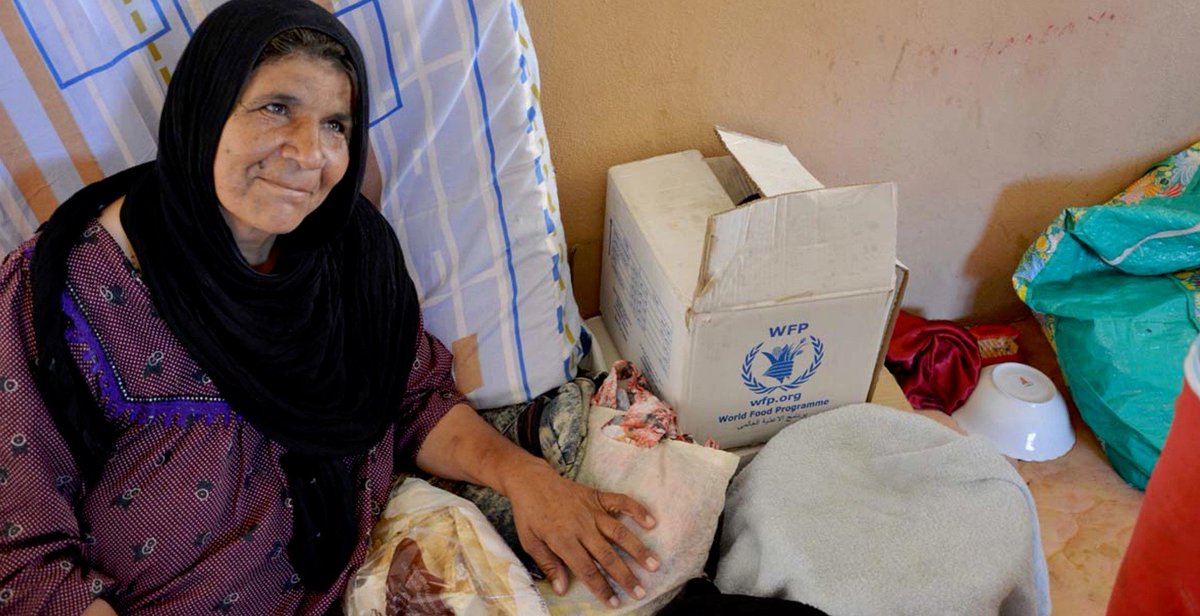 UNICEFVerified account ‏@UNICEF  Aug 12
2-yr-old Shireen from Ramadi stands in her family's tent in a displacement camp near Baghdad, #Iraq 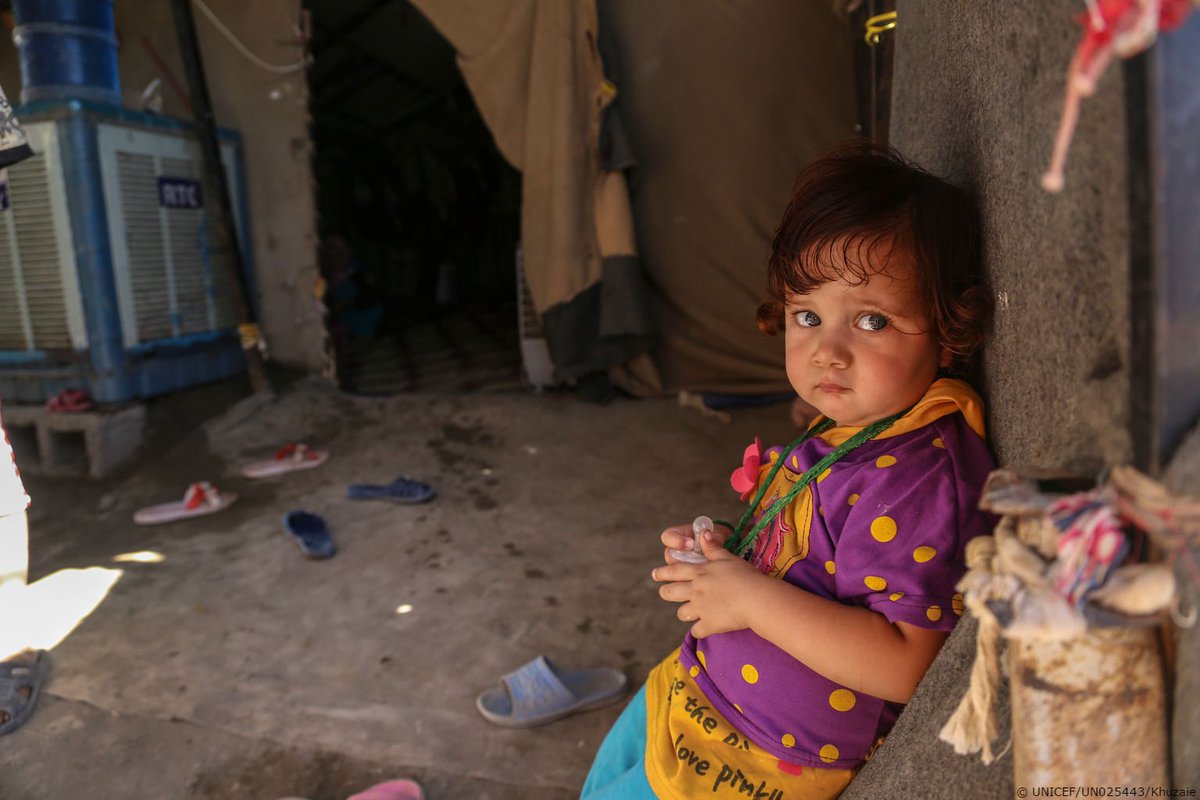 One of the richest countries in the Middle East.

Yet Baghdad does next to nothing to assist the refugees.


These are issues that must be addressed for anyone attempting to win my vote.