A number of e-mails point out that I never wrote about the season finale of The Originals.

That's because I hated it.

I think season four added up to nothing and that was only more clear with the finale.

The only good thing would be Freya.

She is an incredible character and Riley Voelkel is an amazing actress.

They wasted Eli throughout the fourth season.

They had way too much Klaus (and the actor better show up with golden locks at the beginning of season five -- that darkened hair did not look good this season).

Hayley was a rag doll pulled this way and that throughout the season.

I love Hayley but she was a rag doll treated like a doormat by the writers.

Even when Jackson was killed, Hayley wasn't allowed the spotlight or any real scenes to deal with it.

She was pulled into everyone else's story as a supporting player but never allowed a moment of her own.

I'm not thrilled about Davina being gone (again).

Hopefully, she will return.

I could care less about Cammy but having made us suffer through her whiny scenes all these seasons to kill her off?

Mostly, I think the finale was a b.s.

If you missed it, Rebekkah, Klaus and Eli are suspended and placed in coffins to protect them.

They need to get rid of Rebekkah.  As played by the original actress, she's boring.

Mainly, they need to either move the show out of New Orleans or starting adding African-American actors as real characters and not just backdrop. 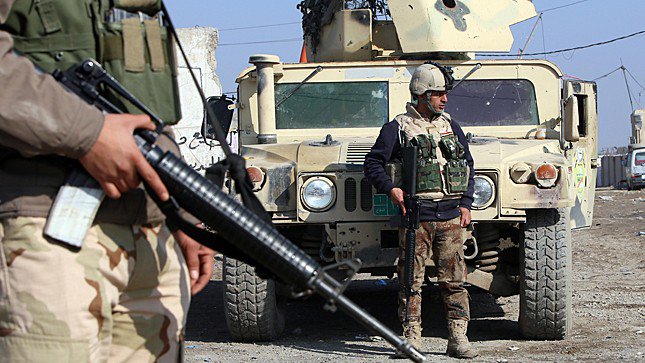 That's a sample of some of this morning's Tweets.

The above does not end the Islamic State.

Even retaking Mosul will not end the Islamic State in Iraq.

For that, you need to address the root causes.

US President Barack Obama, like his puppet Haider al-Abadi, has no desire to address the root causes.

So this will be passed off as "victory" by various idiots  who are both willing to ignore what the 'liberation' actually cost and what is actually needed to destroy the Islamic State in Iraq.

The best thing about Falluja today is that maybe it will allow the vastly limited western press to cover some issues in Iraq other than their rah-rah coverage of the Iraqi military.

They didn't cover the rise of the Islamic State in Iraq in real time because it wasn't of any interest to them.

Without the military to cover, they'll go back to ignoring Iraq shortly.


Considering the damage their slanted coverage does, that might not be such a bad thing.
Posted by Marcia at 7:39 AM