C.I. has been on a streak lately.  I hope you've checked out the following:


She really is the only one who repeatedly covers Iraq.

We've seen the 13th anniversary of the ongoing and illegal war.

And outside of C.I., I haven't seen a lot of Americans who've bothered to seriously address it.


Tuesday, March 22, 2016.  Chaos and violence continue, the secret US base in Iraq is no longer a secret, nor is the fact that there are now 5,000 US troops in Iraq (not counting Special Ops), we look at how the Circle Jerk distracts from Iraq (to protect Barack and to protect Hillary), and much more.

On the 13th anniversary of the start of the Iraq War, another US service member died in Iraq. 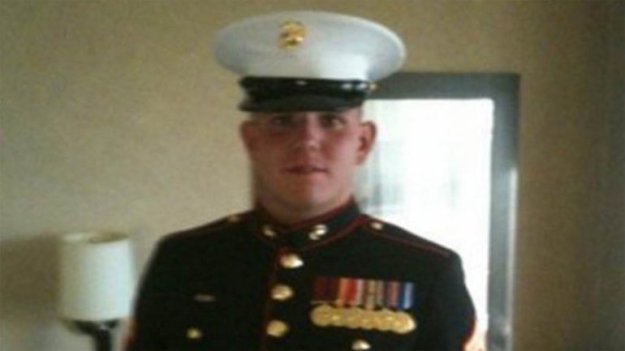 Barbara Starr (CNN) reports, "A U.S. Marine stationed at Firebase Bell was killed by an ISIS Katyusha rocket attack on Saturday. Eight U.S. troops were also wounded in the attack. Three were medivaced to Germany where one is described as having serious injuries a defense official told CNN."  Spencer Ackerman (GUARDIAN) notes of the attack:

The US marine who was killed in a rocket attack on Saturday died at the first exclusively American base established in Iraq since the Pentagon returned forces to the country in 2014, a spokesman said on Monday.
The base, whose existence had not previously been public, has come under fire from ever closer range over recent days, an indication that Isis knew about the outpost before the Pentagon announced its creation.

What's becoming very clear is that if you are in the US and you care about Iraq, it's time to yell "Shut the f**k up" to the various whores and misleaders.

They don't give a damn about Iraq.

That includes the whorish Kevin Drum who cheerleaded the Iraq War and now likes to pretend that never happened.

Bob has a cute little trick when he's talking about 'civilians' -- citizens who say things in public or write letters to the editor.  He talks about how they can make mistakes but a are well intentioned -- blah, blah, blah.  Surely, he insists, they are good people.

He does that for men.

But for how many weeks was he allowed to rip apart the African-American college student, the young woman who dared to ask Hillary Clinton about her speech popularization the racist myth of the 'super predator'?

He ripped that woman apart.

He didn't show her fairness.

He only does that if it's a man.

And his comments about Anderson Cooper and his way of 'quoting' sources is nothing but mocking Anderson for being gay, nothing but treating gay as a 'perversion' or a flaw.

He needs to cut that s**t out.  But you'll note no one wants to call Bob Somerby out on this.

It's the Circle Jerk, you understand.  The one that's always protected (White) American men online.

We're not part of the Circle Jerk, we've never wanted to be.

Kevin Drum at MOTHER JONES today wasted time tee-hee-ing over Donald Trump's apparent or alleged inability to know where Iraq's oil was.  An argument can be made that Trump would only be interested in Iraq's most rich areas and easiest to drill on.  I'm not making that argument.  And I'm not making it for a number of reasons including that I just don't give a f**k.


Whether Trump knows where the oil is or not doesn't mean one f**king thing.

It wouldn't effect his ability to be president, it wouldn't make him a better president if he knew.

But this kind of meaningless s**t is what these whores pass off as "Iraq conversations."

As we'll be noting in a moment, the number of US troops in Iraq is far greater than the White House has admitted, combat operations include US troops, and much more.

But Kevin Drum wants to distract from reality with his garbage bulls**t and MOTHER JONES is so sick that it will let him do this.

Get this through your heads, we hear over and over from people on the left that those who were wrong about Iraq shouldn't be on TV or in magazines or newspapers --

They mean those who cheerleaded the war.

Well, they mean those who did on the right.

But if you're Ezra Klein or Kevin Drum or anyone like that, it's okay if MOTHER JONES or whomever hires you.


You can be wrong then.

No need to punish you.

Just punish if you're on the left.

The hypocrisy is on clear display.

Had she been a man -- Excuse me, had she been a White man, he would have written paragraphs about how, if she was mistaken, it was the media's fault.

But not this go round.


Here's more reality, there's no defense for Hillary Clinton's actions as Secretary of State or her constant revisions on Iraq or her Iraq vote.

She has lied repeatedly.


Including that she studied the intel.

She didn't and she didn't care to.

And Senator Bob Graham can speak of that length and has many times before.


Hillary Clinton is a War Hawk and you can't be honest about Iraq today because that would mean calling her out and calling Barack out.

Because the Iraq War continues despite Barack Obama's 2008 campaign promise to end it.

He's had seven years, when does he end it?

He has set it up so that the next US president inherits it.

US Marine Staff Sergeant Louis F. Cardin was killed in Iraq on a US base -- a previously undisclosed US base.

And Barbara Starr (CNN) reports another attack, "For the second time in three days, the first U.S. military firebase in Iraq has come under attack from ISIS. The base, known as Firebase Bell, came under small arms fire from a group of about 10 ISIS fighters who also attacked a nearby U.S./Iraqi installation at Makhmur in northern Iraq."


There may have been a third incident, as this Tweet notes:

Maghrebi ‏@MaghrebiHD  8h8 hours ago
With current events, there's an IS statement that was clearly not noticed: #IS soldiers entered a US base in #Iraq


That actually may be the second attack because, unlike Barbara Starr, Nancy A. Youssef (DAILY BEAST) reports it as the Islamic State "storm"ing the base.  Youssef also notes:

Three days before ISIS militants killed Marine Staff Sgt. Louis Cardin, the U.S. military notified his family—and the families of roughly 200 Marines—that their loved ones had moved off the USS Kearsarge, deployed to the Persian Gulf, to somewhere in northern Iraq. The letter didn’t say exactly where he had been deployed two weeks earlier, or why.
But while his family and the American public were largely being kept in the dark, members of the self-proclaimed Islamic State were acquiring detailed intelligence on the movements of Cardin, the second U.S. service member killed in Iraq, and his fellow Marines.
As it turned out, those Marines were on no ordinary deployment. Cardin and his fellow Marines were deployed near the front lines of what is expected be the biggest battle of the war, two officials told The Daily Beast, tasked to launch a mission that signaled the U.S. was again furtively expanding its mission in Iraq.

He notes the silence around Iraq today and acts as though that's strange.

Barack lies about Iraq and the media goes along with him.

It's strange that the media's gone silent on Iraq?


The US government celebrated the Iraq war anniversary by announcing that they were sending more troops to the country. Remember this is a war that supposedly “ended” more than three years ago, yet thousands of troops have been sent back there since late 2014 to fight Isis, a group whose creation can be directly tied to the first Iraq war – or I guess the second one, depending on how you count.
In all, the US has been bombing Iraq for 25 years, which includes the last four presidents (you can watch a montage of all four announcing their respective bombing campaigns here). And if you listen to the leading candidates for both political parties, you can bet that streak will reach five on their first day in office.

Both Donald Trump and Hillary Clinton have called for an expansion of military action in the Middle East in response to Isis.

Meaning, the Iraq War is not the reason for the rise of the Islamic State in Iraq.

The persecution of the Sunni population is.

I don't know if it's ignorance or a desire to lie.

But those of us who studied demography grasp that barring some cataclysmic event, Sunnis will be one of the most dominant segments of the world population for some time to come.

So if you're too much of a coward to speak the truth about how the Sunnis were persecuted because it is the truth, grasp that it's not only the truth but also a position that will have majority support due to demographics alone.


Barack Obama gave Nouri al-Maliki a second term via The Erbil Agreement in November 2010 after Nouri had lost the March 2010 elections (and after he spent over 8 months refusing to step down as prime minister).

In his second term, Nouri's persecution of the Sunnis was impossible to ignore unless you just tuned out on Iraq completely.

It was this persecution -- wrongful imprisonment, rape, beatings, etc -- that led to the dismay on the part of the Sunni population.

We documented it in real time and noted Sunnis were repeatedly ignoring Sunni prison breaks, refusing to turn in their own.

And that was before things went completely awful.

That's when the Islamic State saw their opening and took it.

A large number of Sunnis watched and felt it wasn't their battle -- the Islamic State had a beef with the government in Baghdad (that the US installed) and neither group was helping the Sunnis so who cared?  A smaller group of Sunnis actually supported the Islamic State because no one on the world stage was defending them -- certainly not the US government.

That's how the Islamic State got to where it is today.

And until these issues are dealt with and addressed, until this persecution of the Sunni population stops, you're not going to end the Islamic State in Iraq -- no matter how many times you drop bombs, no matter how many fighters you kill.


Today, the US Defense Dept announced/boasted/claimed:


Strikes in Iraq
Fighter and remotely piloted aircraft and rocket artillery conducted 13 strikes in Iraq, coordinated with and in support of Iraq’s government:

-- Near Habbaniyah, a strike struck an ISIL tactical unit.

-- Near Sinjar, a strike suppressed an ISIL rocket position.


It's not making a damn bit of difference.


MOTHER JONES can't tell you that because instead of hiring an anti-war reporter or columnist, they hired White, (near the end of) middle aged Kevin Drum.  Apparently, the 'independent' magazine not only wanted to reward Kevin for cheerleading the Iraq War on but also that White, middle-aged men were under-represented in the American media.

Which is why MOTHER JONES can't (won't) address any of the realities of the Iraq War today but can offer Kevin Drum's inconsequential chatter and gossip that neither informs nor enlightens.

the washington post
nancy a. youssef
Posted by Marcia at 4:53 AM