Even Biden's camp is slamming her

Everyone's calling out Hillary for her e-mail scandal -- even Joe Biden's supporters.  The Washington Post reports:


One of Vice President Biden's most prominent supporters said Wednesday that twin controversies swirling around Hillary Rodham Clinton should give Democrats serious pause about anointing her as the party's presidential nominee.
Dick Harpootlian, a former Democratic Party chairman in South Carolina, home to an early and important presidential primary, said recent reports about Clinton's use of private e-mail to conduct government business and her family's charitable foundation accepting donations from foreign governments while she was secretary of state could be damaging to her likely 2016 presidential campaign.

She needs to step aside.

She's refusing to be transparent.

She thinks she's above the law.

She needs to go.

Al Arabiya News reports, "A video posted on the internet on Wednesday showed Iraqi soldiers shooting to death at close range a captured child suspected to have fought with militants in the Diyala Province. The director of the Iraqi Observatory for Human Rights, Mustafa Saadoun, in an interview with Al Hadath News Channel, condemned 'the barbaric treatment' of the child, believed to be 11-years old."

What a proud moment for Prime Minister Haider al-Abadi,

And for the White House which has cheered on the Shi'ite led attacks.

What a proud, proud moment.

Of course, he's correct.  But isn't it really too late for Haider to "rein in Shia militias"?  They're killing children now -- these Iraqi forces.

We thought it couldn't get worse than what Nouri al-Maliki had done.

No what else is going on?  Iraqi Spring MC reports arrests without warrants are taking place in Yusufiyah.


Yeah, those were supposed to have gone with Nouri stepping down as prime minister.

But they're not gone are they?


And we were supposed to have been so dismayed by the Islamic State's attack on the Museum of Mosul but no one wants to talk about this. 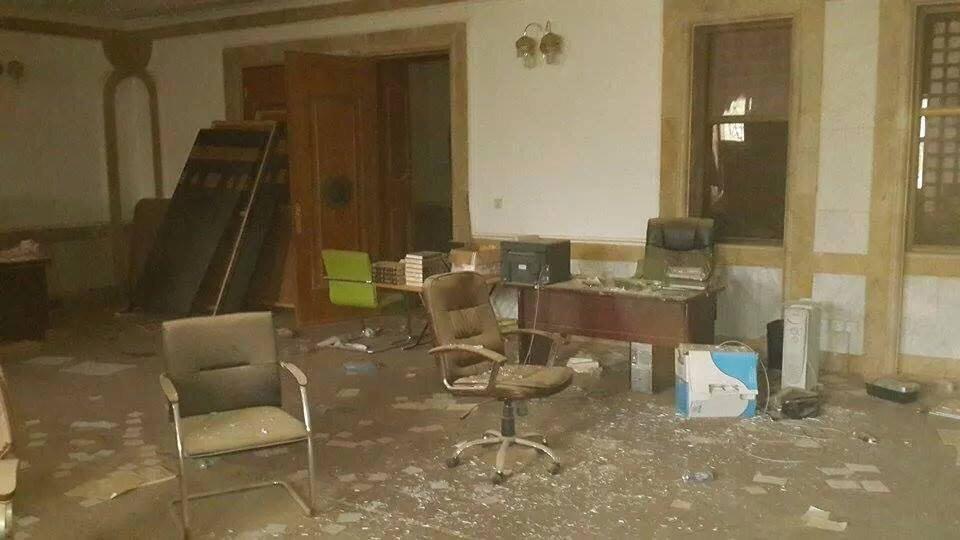 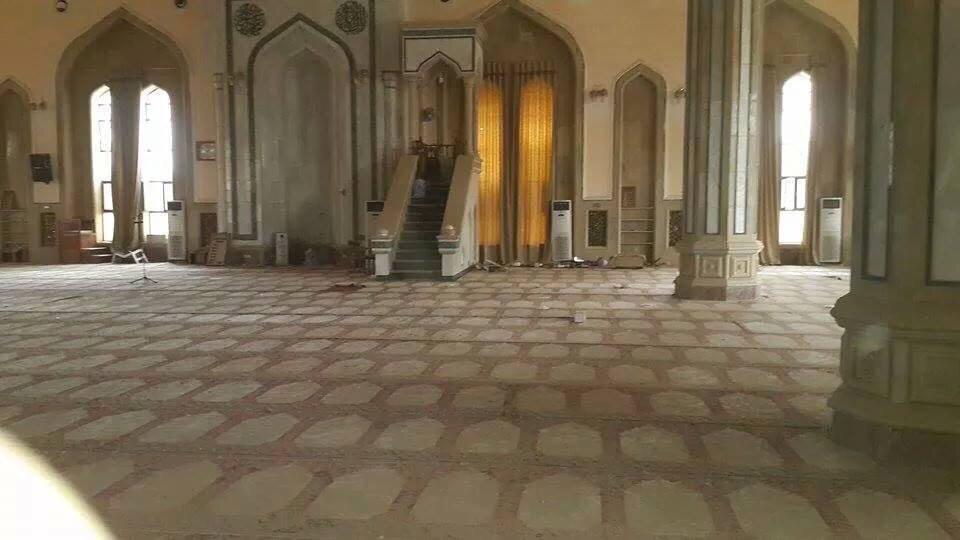 The Great Mosque of Ramadi is being targeted by the Shi'ite militias and government forces who are shelling it the same way they shell civilian neighborhoods in Falluja.

Again, we're all outraged when the Islamic State destroys culture but not when the Iraqi forces do.

And speaking of shelling, Iraqi Spring MC notes that despite the military and militias knowing civilians have fled east of Tikrit to Aldbsh Dahamshe, they've decided to attack that area with mortars.

It's a question so many want to avoid in the United States.


US Vice President Joe Biden spoke with Haider today.  Doesn't appear they spoke of much:

Office of the Vice President


Vice President Joe Biden spoke today with Iraqi Prime Minister Haider al-Abadi. They discussed ongoing military operations in Iraq, including in Anbar and Salah ah Din provinces. The Vice President expressed his support for Prime Minister Abadi’s leadership of Iraq’s fight against ISIL. The Vice President specifically welcomed the Prime Minister’s call from the frontlines for the protection of civilians and the importance of ensuring all armed groups act under control of the state. The Vice President further commended Prime Minister Abadi and other Iraqi leaders for building a national front before launching the ongoing operation near Tikrit. He also noted the Iraqi government’s efforts to enable fighters from Salah ah Din to participate in reclaiming their own territory from ISIL and to ensure displaced populations can return to their homes after ISIL is defeated and local areas are stabilized. The Vice President and Prime Minister each reaffirmed the importance of the strategic partnership between Iraq and the United States in multiple fields under the Strategic Framework Agreement, and agreed to continue our close security cooperation as Iraqi forces increasingly take the fight to ISIL.

In yesterday's snapshot, we covered the Senate Armed Services Committee hearing and we even opened with this issue:


Senator Tom Cotton: I have to go back to something that we were discussing a few series ago about the leak of our plans to Mosul.  I believe, Secretary Carter, you said you were looking into it.  I know General Dempsey that you said you were looking into it.  I-I-I don't understand what would take so long to get to the bottom of. I mean, this was not a leak.  I mean it was a planned conference call with members of the media, if I understand the reporting correctly.  Do I misunderstand something here?

Secretary Ash Carter: No, that's my understanding as well.  And I just say two things about this whole incident.  The first is, Senator, that when a-a-a operation is mounted against Mosul or anywhere else, uh, it needs to be a success and it needs to be Iraqi-led and supported by us and it needs to be successful.  And that -- It's a little bit like the conditions-based point that Senator --

Secretary Ash Carter: I'll say something about that and let the Chairman who's also spoken about that to General [Lloyd] Austin [CENTCOM Commander] about that.  That clearly was not neither accurate information nor had it been accurate would it have been information that should be blurted out to the press.  So it's wrong on both fronts -- on both scores.  And the only thing I'll say is that we try as aaaaaaaaaaaa [he stretched "a" out and we're noting it that way to capture it correctly] -- as the Department of Defense  of  a democracy to be as open as we can.  So there are lots of people out there talking all the time about what we're doing and every once in a while somebody gets out in front of their skis but I also even as we make sure that this particular incident doesn't happen again, uhm, I-I-I think that it's important that we be open as a Department -- not with military secrets and not with war plans -- which is the mistake made in this case -- but we do try to keep the country informed about what we're doing. It's about protecting them, it is a democracy, and so openess is important but it has to have limits when it comes to security matters and those limits obviously weren't respected in this case.


Can you read?  I'm pretty sure you can if you made it this far into the snapshot.

Nancy A. Youssef seems to struggle with reading.

She has a 'report' at The Daily Beast where she writes the Defense Dept took Carter's remarks to mean stop talking to the press.

That's not what he said.

This is ridiculous and insane and Nancy can't even quote Ash Carter correctly.

He did not say "military secrets" were given away in the CENTCOM background briefing.

I'm so tired of this nonsense.

We attended Ash Carter's confirmation hearing.  I honestly had little problem with him -- or at least with his statements.  He seemed then -- and at yesterday's hearing -- aware that a democracy requires an open society.

I have no idea what crawled up Youssef's rectum.  Maybe it was her need for a story.  Maybe she's taken personal offense to the criticism of the background briefing (which is also a criticism of the press).

And I won't dispute that the Pentagon has taken Carter's remarks to mean don't talk to the press.

I will, however, dispute the way she conveys Carter's remarks -- mainly by quoting two words here and three words there.

It's a selective quoting which is your first indication that the press is getting creative as opposed to reporting.

They've been very creative and very destructive.  Chris Hayes (MSNBC) noticed that in a Tweet.

All In with Chris Hayes added a new photo.