So many enable Bryan Singer and it's not just studios.  It's also hags desperate for money like Alyssa Milano who won't speak out.

MAC4986‏ @MAC49862 17m17 minutes ago
Replying to @Alyssa_Milano @RealJamesWoods
Say Alyssa any comment on Bryan Singer? Is he also a pedovore? Reports say many are that along with being pedophiles.
0 replies0 retweets0 likes


Isn't she the social justice warrior?  But she never called out Lesley Moonves and she won't call out Bryan Singer either.  And she's not the only one. 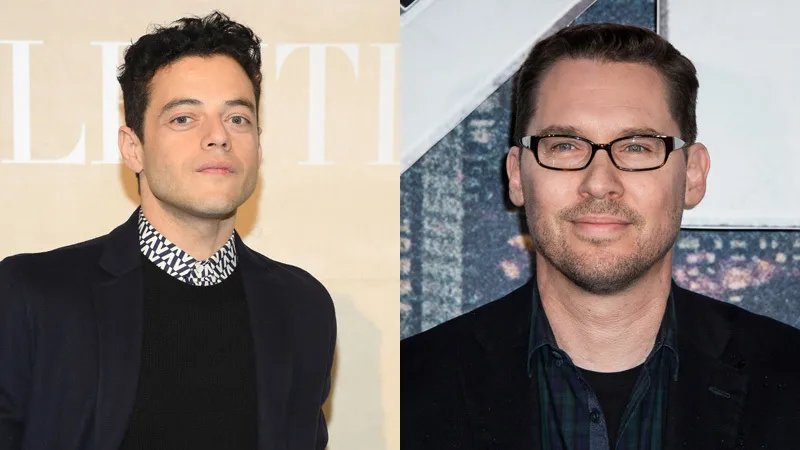 
But a few people have guts.


This morning at NYT's AT WAR blog, Melissa Thomas shares:

When the doorbell rang on New Year’s Eve four years ago, I knew something was wrong. It was 9 p.m. I was alone. I opened the door to three men in uniform. This was something I had imagined many times before, although in my visions they wore Army dress blues instead of the grays worn by the El Paso County sheriff’s deputies.
My husband, Maj. Christopher Thomas, left in the morning to go snowshoeing in the mountains west of Denver. When he did not return after dark I started to expect the worst. He was trained as an outdoor guide and had been to the summits of Mount McKinley, Mount Rainier and too many of Colorado’s tallest peaks to count. Yet the sun was down, and he hadn’t answered my phone calls or text messages all day.
Chris and I were both in the military. Between us we had six deployments to Iraq and Afghanistan. We met in 2000 as cadets at West Point. He had previously served in the Army and was two years ahead of me in school. We went on our first date a few days before the Sept. 11 attacks: a picnic at a Labor Day concert by the academy’s band. He brought a blanket, sandwiches and a gorgeous smile over a sophisticated cleft chin. After Chris graduated that December, we kept up a long-distance relationship, including writing letters in 2003 during the invasion and early occupation of Iraq. Chris sent a marriage proposal in one of those letters, writing, “We don’t need a lavish affair, just a ceremony that lets us tell the world how we feel about each other, and that our family can come together to celebrate with us.” Then he jokingly offered to trade vows at home plate at Fenway Park in Massachusetts, where I grew up. He didn’t often show his emotions; I treasured his loving words.


Melissa Thomas and her late husband served in Iraq at the start.  All this time later -- the Iraq War turns 16 years old in March -- US troops are still being sent to Iraq.  Indiana's TIMES-HERALD reports:


Private First Class Kyle Montgomery, Bravo Company, 326th Brigade Engineer Battalion deployed, from Fort Campbell, Kentucky, Jan. 5 to Iraq. He will be clearing IEDs and will be a primary gunner. In March of 2018 he graduated IAIT combat engineering at Fort Leonard Wood, Missouri, and in June he completed 40 hours of combat lifesaver course.

He served as the primary gunner for the platoon sergeant during rotation 18-10 at the Joint Readiness Training Center in Fort Polk, Louisiana. On Aug.3 he graduated from the Sabalauski Air Assault School 101st Air Borne Division (Air Assault) and earned the Army Achievement Medal as a machine gunner in Fort Campbell, Kentucky.


The Iraq War doesn't end, it just goes on and on.


My name is Penny Evans and I've just gone twenty-one
A young widow in the war that's being fought in Vietnam
And I have two infant daughters, I thank God I have no sons
Now they say the war is over but I think it's just begun

The Vietnam War dragged on for years and years.  One difference?  Each year the American people grew more and more vocal about calling for an end to it.  Of course, back then, the network news was the only televised news outlet.  You didn't have idiots like Rachel Maddow posing as reporters -- MSNBC presents her as a 'reporter.'  She's not.  She's a talk show host and she does not do "in depth reporting" -- or any reporting at all -- for that matter, no matter how many press releases MSNBC issues.  With all these hours to fill, the cable channels do not do reporting.  They'll do an interview and pass that off as reporting or news but it's not.

And it's always about a 'hot' topic that's 'trending.'  It's not about issues that actually matter.  I doubt anyone watching an evening newscast in the US in, say, 1967, would have thought the day would come where the US could be at war (multiple wars today, actually) and the war wouldn't be a nightly staple on the news.

The American people are shaped by their media.  I don't deny that.  But let's get honest about how willfully stupid so many are -- especially over here on the left.  The Iraq War continues but they'd rather bore you with any number of other topics.

NEWSWEEK proclaims that the only winner in the Iraq War, per the US military, is Iran.  And they do it on the 22nd of this week.  It's the report we covered on the 18th.  That day, NEWSWEEK was too busy with Jason Leopold's latest implosion.  It hadn't imploded yet, so they spent forever running with it.  But it did implode, didn't it?  Maybe the next time the US military releases a report that they've refused to release for years, NEWSWEEK focuses on that and not the conjecture of a reporter who has had one scoop after another explode in his face?

There are real issues at play here.  But the media is too busy playing to notice.  There are exceptions.  For example, the editorial board of THE TOLEDO BLADE observes:

Toxic smoke from open burn pits in Iraq and Afghanistan may be responsible for sickening countless Americans who served there.
Just how many veterans may have suffered cancer and other illness caused by the burn pits remains unclear because military doctors are not even examining service members and veterans during regular medical exams to discover whether those who worked near the burn pits may have been affected by the toxic smoke.

A bill that would have required such screening died in Congress last year. Then, earlier this month, the U.S. Supreme Court declined to hear an appeal in a lawsuit filed by service members who claim their illnesses were caused by burn pit exposure.
[. . .]
In the case of Agent Orange the government dragged its feet for decades before acknowledging its responsibility and compensating victims for birth defects and other health issues related to the chemical. The U.S. must not repeat this mistake.


Supposedly, the answer is Congress.  Again.  And again and again.  They're noting one overruling by the Supreme Court.  But this issue has been going on forever.  What's going to change this?  Maybe some real attention.  Maybe the Court would feel more vested in doing the right thing if the American people actually paid attention to these issue and the media fully covered them?

The useless cable talk shows have hours to waste.  A real shame they can't highlight issues that actually matter instead of the conjecture and gossip they specialize in.

Equally true, the evening news broadcasts have no reporters stationed in Iraq.  They don't cover the war (or the other wars).  Even though US troops remain there.  You'd think they'd at least manage to cover these wars until the troops came home.  Apparently, that's expecting too much -- despite all the profits ABC, CBS and NBC generate.  Once upon a time, they were expected to meet certain public needs.  Not anymore, clearly.


The media rushed to declare ISIS defeated and vanquished in Iraq (December 2017).  Maybe so they'd be able to stop talking about Iraq?  It seemed to tax them so, didn't it?  As we noted repeatedly, ISIS was not gone.  This morning, XINHUA reports:

Iraq's security forces' increasing dependence on thermal cameras is now met by a new tactic from the Islamic State (IS) militants, who tried tinfoil cloaks to evade detection by the cameras.
"Thermal cameras played a major role in monitoring IS militants' movements in rugged areas in northern Diyala, such as Himreen mountainous area," Abu Ahmed al-Shammari, leader of Hashd Shaabi, told Xinhua.

According to Shammari, Hashd Shaabi foiled an infiltration attempt by IS militants four days ago in al-Safra area, some 90 km north of Diyala's provincial capital Baquba despite tinfoil cloaks worn by some of the extremist militants.

Parliament voted Wednesday on the country’s general budget for 2019. On Thursday, it was set to approve the PM’s proposal for the two cabinet posts. However, Abdul Mahdi, who should have attended the session to present some clarifications about a decision by the cabinet secretariat general to restrict the powers of deputies, failed to show up. He did not give any reasons for his absence.

And he still hasn't been able to select a Minister of Defense or Interior despite the war continuing in Iraq.  He's a failure and US troops have to remain on the ground to prop him up.  It's the 'strategy,' US troops must repeatedly prop up these puppets until one finally takes.

No wonder the war never ends.